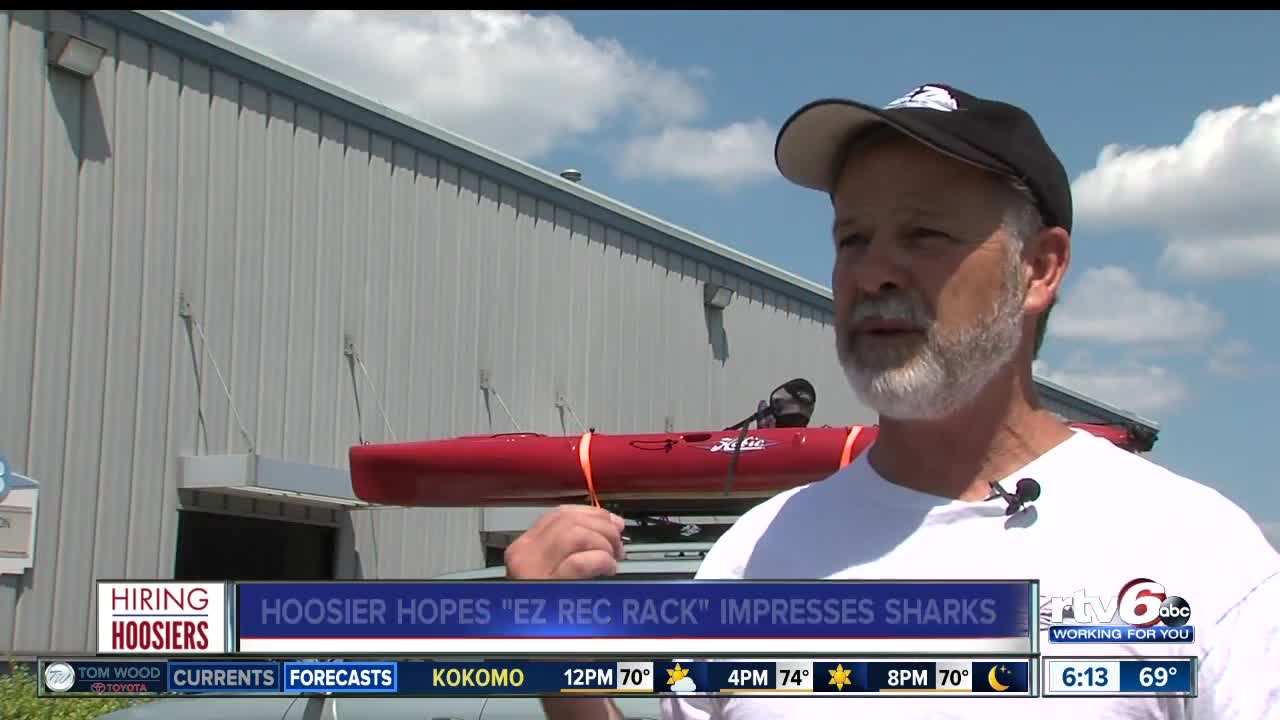 Ira Mercurio is hoping his EZ Rec Rack is a hit with the 'Shark Tank' sharks.

INDIANAPOLIS — If Ira Mercurio is not at his day job he is still at work.

The car salesman of nearly 25 years is taking on a new sales pitch — his own innovation. The EZ Recreational Rack. It's a full time job of its own.

Mercurio lives in Indianapolis and is an avid kayaker, traveling with his kayak locally and nationally. But he found getting his boat to water was not such an easy task.

"I looked. I search for something that would work but I just didn't find it," Mercurio said. "I knew I could build it so I did. I kind of had this idea of how I could make this loading system to go on top of a car and I just started building in my garage."

After two weeks of tinkering with the idea, he came up with the EZ Rec Rack.

The EZ Rec Rack gets bolted to the top of your car and with its rolling carriage feature it makes lifting an 80 pound kayak a piece of cake.

So why spend all the spare time on this project?

"Necessity," Mercurio said. "Well if they have ever put a kayak on top of their car or try to by themselves they already know the answer to that. They are heavy. And it just helps. One person can do it very easy."

Two years later, Mercurio's EZ Rec Rack is on top of cars across the country and around the world. It can hold more than kayaks. Clients have used it for furniture, camping gear and even a kid's mini car.

While it is easy for just about anyone to use, it's not cheap to produce or to purchase. Mercurio said it costs about $400 to manufacture his EZ Rec Rack and it sells for $749.

Mercurio said he's taking the product to ABC's 'Shark Tank' to prove even the best sharks need a ride to the water.

"If I could get my numbers up, hopefully I can get my costs down. If I get my costs down I think my numbers will automatically go up," Mercurio said. "So it's kind of a perpetual thing. But I need help because that takes money. It is one of those things that I don't think you can just jump in with both feet. You have to kind of dip your toe in the water first and that is where I am at. My toe is in, and now my whole foot is in now."