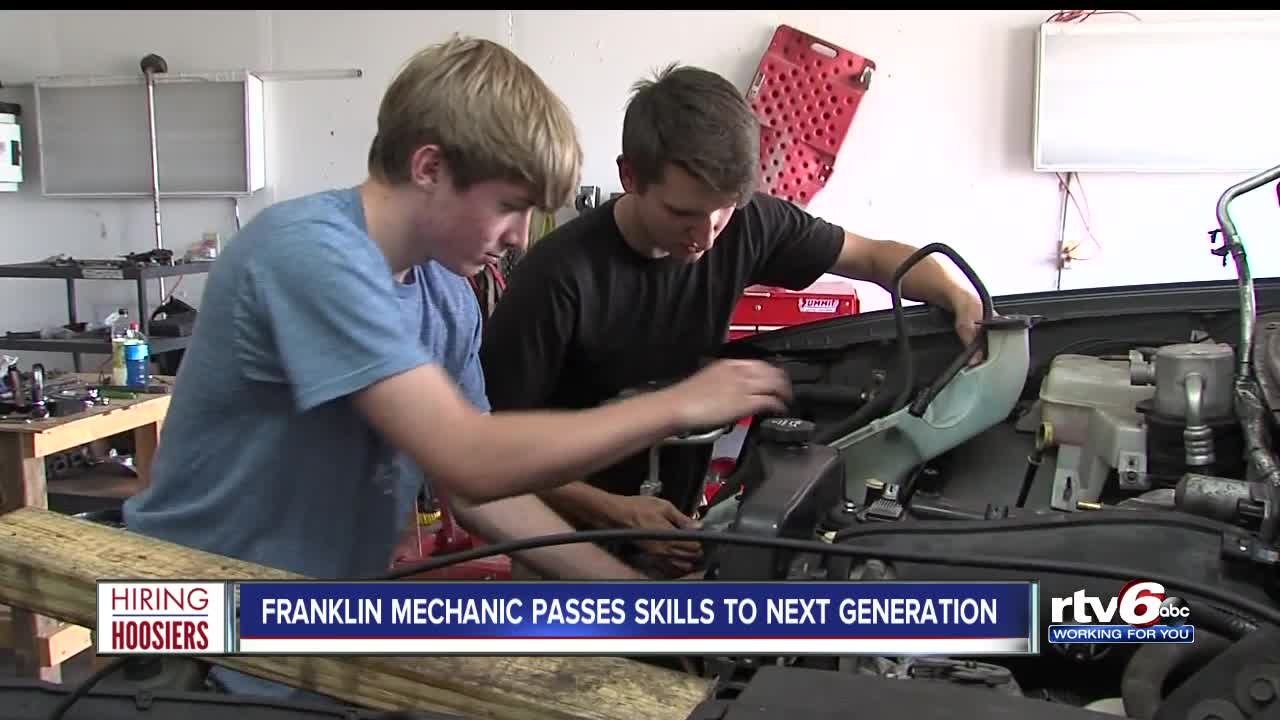 FRANKLIN — A Franklin mechanic is hoping to inspire young people to pursue a career in a field that isn't going anywhere.

Joseph Truax, the owner of Enginer R&R in Franklin, is aiming to pass on his skills fixing engines and also help young people to stay out of trouble.

"I was abandoned when I was 11," Truax said. "I went through life making a lot of bad choices, started using drugs when I was 13."

Truax said he never thought he would change, that he would never come up out of the situation he was in. Eventually he did and he found a passion for automotive repair. He buys cars, fixes them up, drives them and sells them. And, he's passing along what he's learned to the next generation of mechanics.

"This is a free opportunity and I'm so thankful that I get to give it after the life that I've lived," Truax said.

Zachary Ruff is one of the students learning from Truax.

"I've never taken out an engine, never tore it down and see how it actually works and put it back together, actually make it run," Ruff said.

It's more than just technical skills Ruff said he is learning.

"I'm confident I could actually do that myself if I really needed to," Ruff said.

"I definitely want to have a shop a lot more now," Shipley said.

That's precisely what Truax is hoping to inspire.

"It's a great path to pursue," Truax said.