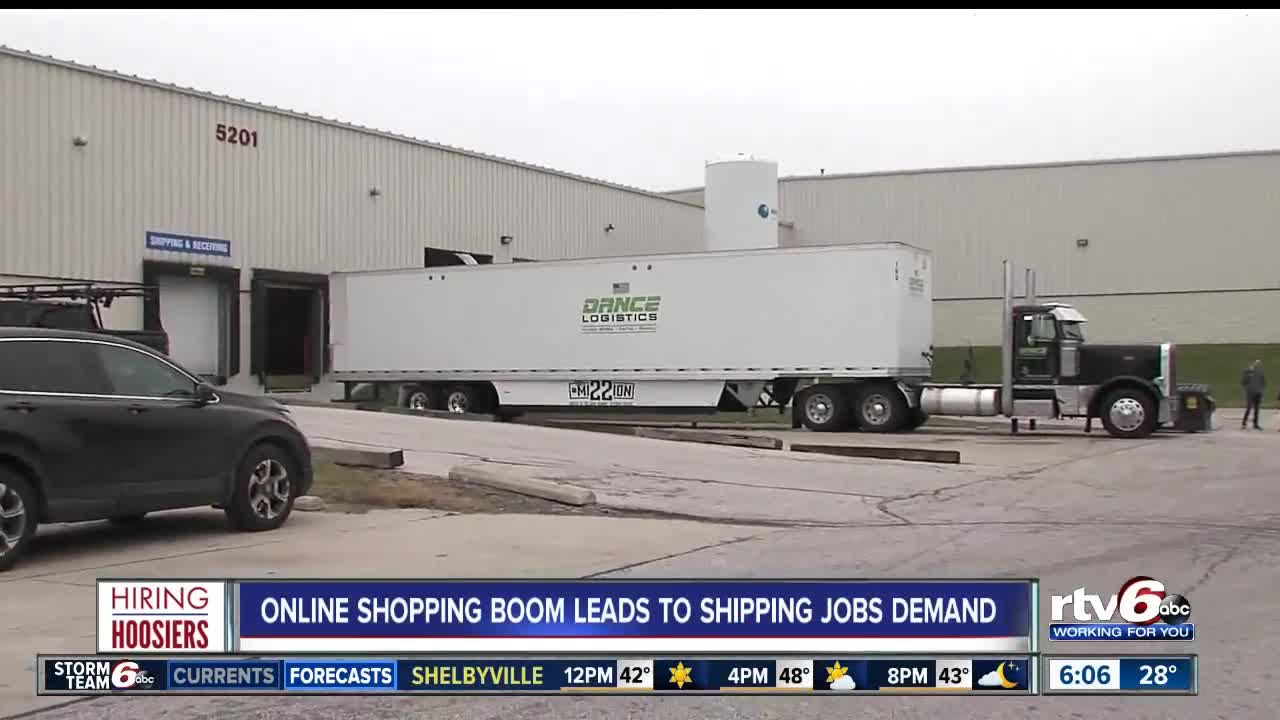 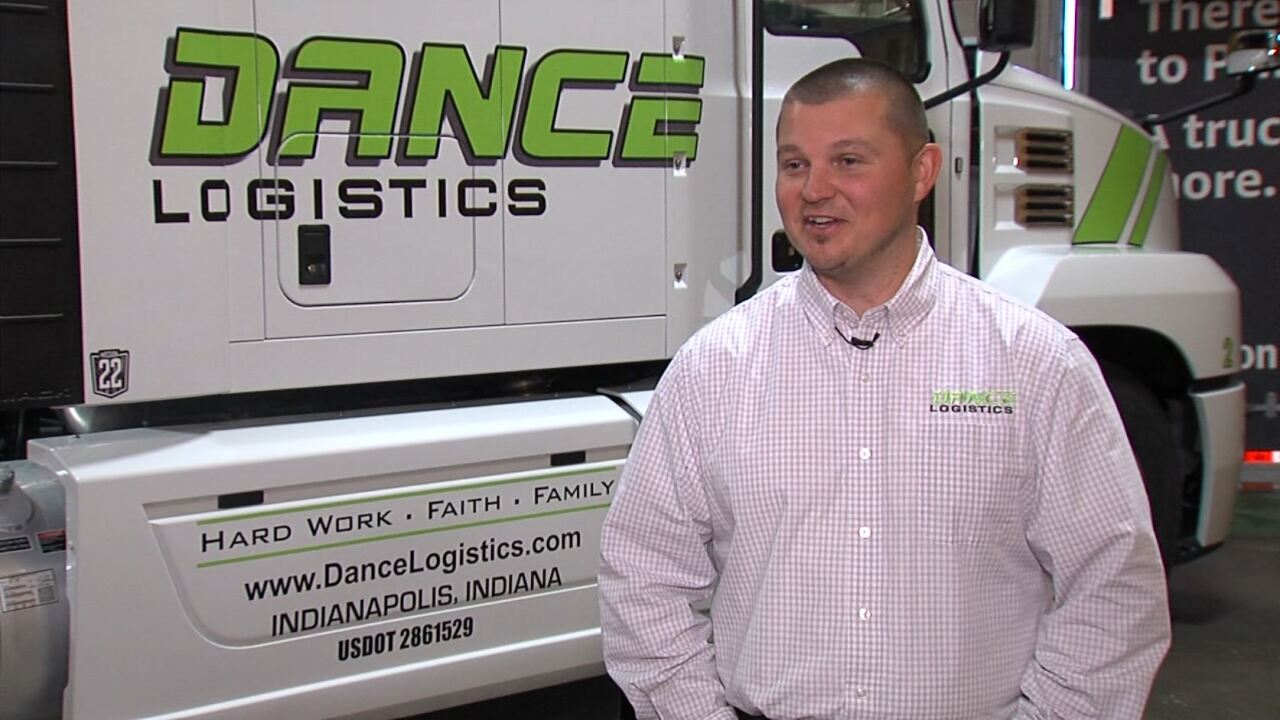 INDIANAPOLIS — Steve Dance has been around big rigs all of his life, riding in trucks since he was about six to eight years old.

Dance is the owner of Dance Logistics on Indianapolis's southeast side.

He obtained his commercial drivers license, or CDL, when he was 18, but says he's been driving a truck since he was able to and allowed to.

Though trucking was in his blood, Dance pursued another passion. He wore a badge for about seven years as an officer for several local law enforcement agencies.

A leg injury eventually led him to hang up the uniform and return to what was familiar—life behind the wheel and what seemed like, a risky investment.

"I did not own my first truck until three years ago," Dance said. "So we started out with one truck."

One truck. A home office. And a partnership with Amazon, a company whose boxes turn up everywhere, every day.

"Immediately we were slammed," Dance said. "Amazon never sleeps. So, neither does trucking and logistics. So it's 365, 24/7."

Thanks to the hefty workload from Amazon, it didn't take long before Dance needed more than just one truck.

That one truck led to two trucks, and then a third. It allowed for Dance to be able to offer jobs and hire more people.

Within three years, Dance's one-truck operation turned into an enterprise with 15 trucks and a staff of more than 20.

"We just want very good talented drivers to be onboard with Dance," Dance said.

Applicants won't need a CDL to get hired with his company, but they will eventually need it to drive. Because of the training background Dance has, he is able to train people in-house.

"That way we can take someone off the street with a clean MVR [motor vehicle record] and we can train them here to get their CDL," Dance said. "They can test through us."

Dance Logistics is one of more than 15,800 trucking companies across the state, according to the American Transportation Research Institute.

The U.S. Bureau of Labor Statistics found in 2016, the average annual salary in the trucking industry was $44,478.

"I want to show Indianapolis that we're here to stay," Dance says, "and that we want to be here and provide jobs to the community."