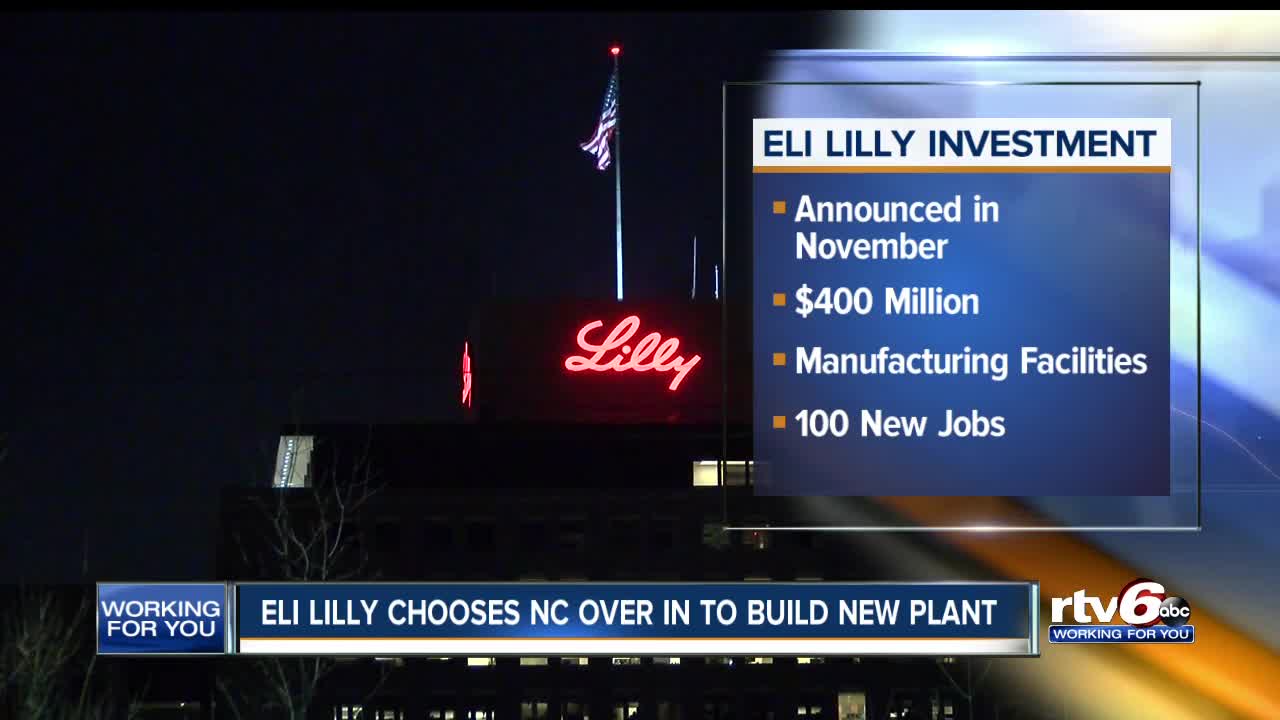 But the new facility won't be in Indiana. Lilly will build in Durham, North Carolina.

According to Lilly spokesperson Tamara Ann Hull, the company conducted a nationwide search for a location for the new plant. Indiana, Pennsylvania and North Carolina were the finalists. "The Durham location met Lilly's criteria for cost operations, quality of life, the ability to attract and retain a skilled workforce, and many other decision factors," said Hull. "Importantly, this new facility will allow Lilly to geographically diversify our manufacturing operations within the United States."

"Our exceptional workforce draws global companies as we continue to grow North Carolina into a worldwide hub for the biotechnology industry," said Cooper

According to Hull, the new manufacturing site will produce injectable products and delivery devices. "To operate the site, Lilly will create more than 400 jobs in highly-skilled positions such as scientists, engineers, quality professionals and manufacturing operations." said Hull.

"This next generation manufacturing facility will allow us to expand our capacity to make the Lilly medicines that are helping people with serious illnesses today, and help us prepare for new medicines coming from our robust pipeline in the future," said David Ricks, chairman and chief executive officer of Lilly.

While the company's decision to build in North Carolina is a blow to Indiana, Lilly is not leaving the state high and dry. Last November, Lilly announced an investment of $400 million in its manufacturing facilities at the Lilly Technology Center in Indianapolis. Nearly 100 new highly-skilled jobs will be created here, according to the company.