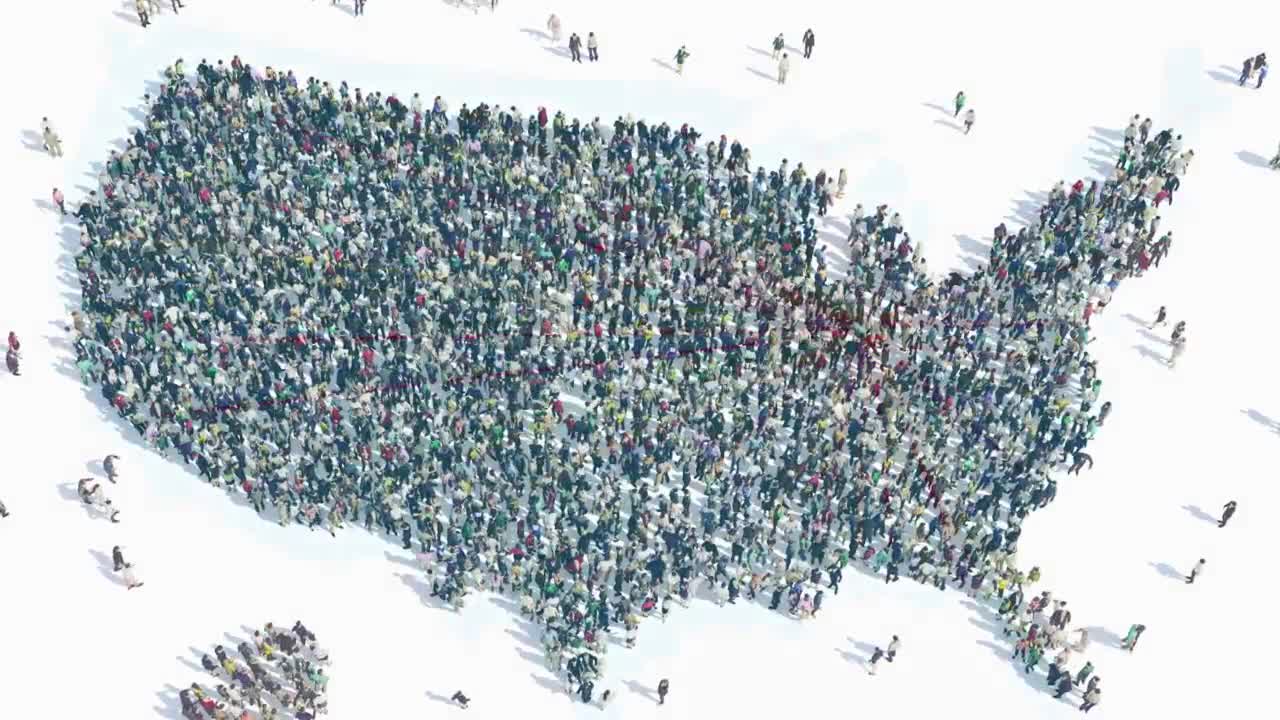 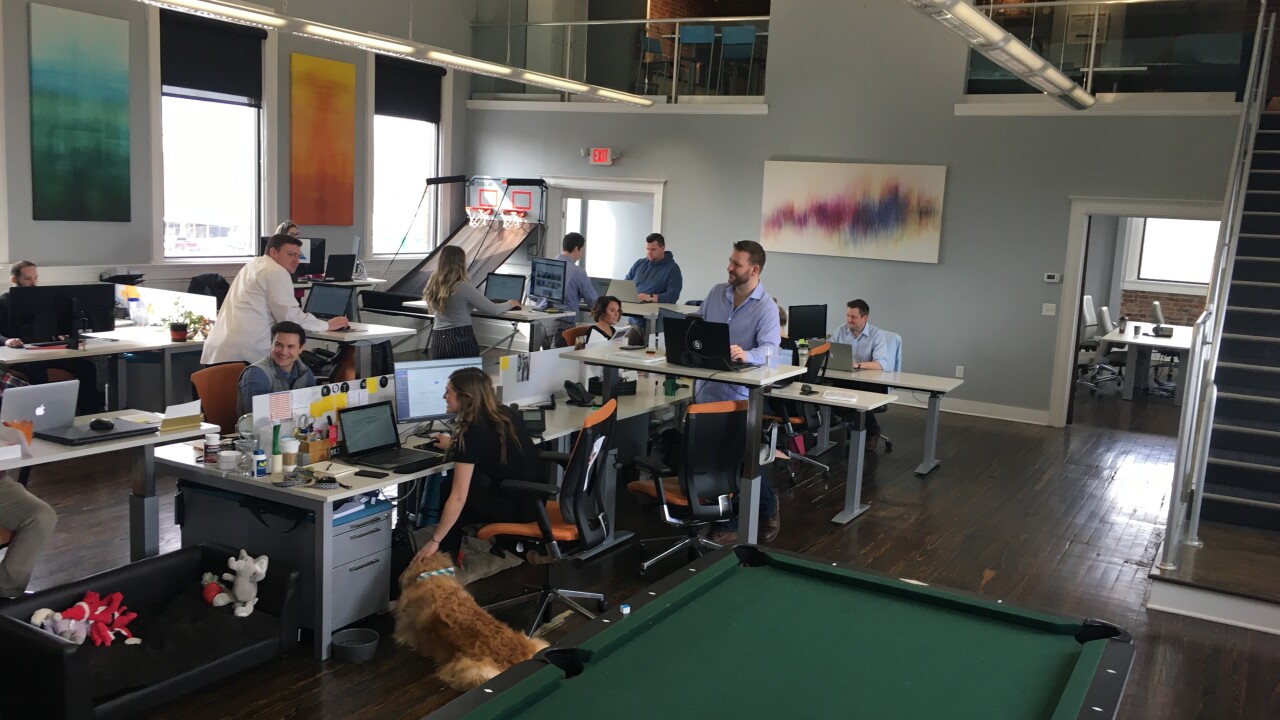 INDIANAPOLIS — New recruitment technology called t.map is designed to combat the dwindling workforce as it strives to lure talent to local companies struggling to fill the state's employment gap.

Covideo in Broad Ripple is all about company culture inside the building, while providing their product to businesses around the world. The software company was co-founded in 2004 by Jason Price, a Purdue University graduate, as a platform that allows businesses to send out personalized video emails.

Price explains his company as a tool for businesses that are looking to incorporate video strategy, whether it is sending personalized videos from a sales rep to a prospect, or incorporating videos in a marketing campaign. Covideo is a platform that provides the tools and the analytics to make that happen.

As the president of Covideo, Price says finding the right people to work at his tech company has been a continual challenge. As he and his partner of the company are Purdue grads, they incubated Covideo in the West Lafayette area in 2004 and choose to relocate in 2014 due to a lack of talent.

"We just needed a bigger footprint, we had a hard time hiring people up there, that was our biggest issue," explains Price. "We were just struggling to build a team which is surprising because Purdue is there, but I think it is more of destination college so we were not getting the talent we needed."

Price and his business partner moved Covideo to their current Broad Ripple location in 2015 and have expanded to a total of 36 employees, with plans for significant growth in the next three to five years.

Now with a new home and a growing team, Price is still on the hunt for talent but is still struggling to find the right fit.

"There is a talent gap here, I mean especially at executive level," explains Price. "We feel it, I know a lot of my co-founder friends feel it and so we need to bring these smart people back."

That is why Price enlisted the help of t.map to help grow his staff.

"I met Mike Rutz, a partner at t.map through an event and he had followed up with me as the tech community is pretty tight here," says Price. "He came in and really got know my business and spent a lot of time with me, understanding what our core values are, what we are going with here. I think is what makes t.map unique as compared to most recruiters is that they put the culture first by understanding us, which is the most important thing we go to hire, they are able to portray that out in the marketplace."

Price's Broad Ripple office is in the heart of the Indy community's social scene and inside the Covideo space Price has an open floor plan, a mini basketball hoop, a pool table, a bar and lounge area, as well as a friendly golden retriever alongside his working staff.

Out on the east coast, Elizabeth Abram, a native of Central Indiana, she called Boston home since 2012. Abram says a friend back in Indiana had talked to her about moving back home and Elizabeth got in touch with someone from t.map.

t.map finds talent like Abram by using data, science and state of the art marketing to select talent specific for Indiana companies. Basically, the technology finds people that are from Indiana or went to school in Indiana, but left the state to pursue a job elsewhere. t.map aims to recruit those talented individuals to move back to the Hoosier state to not only work, but to call Indiana home once again.

t.map stands for "talent map" and Bill Osterle is the CEO. Osterle is well versed in the climate of Indiana's workforce development.

"I read some data that IU put out that the Indiana workforce is about to start contracting and actually shrinking, and that would be the first time in the history of the state that the workforce has contracted," explains Osterle. "That has real meaningful implications to Indiana companies.

Osterle created t.map to combat the state's shrinking workforce. t.map is working with the state's universities and contacting their alumni. The CEO says they now have thousands of people who graduated from Indiana universities who have raised their hand saying they are willing to move back if the opportunity is there. By July, Osterle hopes to have 10,000 people willing to move back.

"The idea is lets go out, and maybe we could build a profile of all of the people in the world who might be willing and able to work in Indiana," says Osterle. "It is a map of all of the people that might work here or be a customer. It is work that we have done before for another application and we thought why can't we do that for this big labor thing."

It is a large task that Osterle began to take on in late 2017. So far, Osterle says his technology has brought back 30 people to Indiana to live and work. He says this is just the start of what needs to be done to change the state's workforce situation.

"We are working on some projects built around finding our best young talent," says Osterle. "Our 8th grade science fair winners, nobody knows what happens to them, the Lily Scholars that get a full scholarship to college, one from every county, nobody knows what happens to them. I think we could fix that. I think we could go find them and tell them, "You ought to think about coming back here some time." That just might work. And when you are dealing with, lets call it 3,000 people a year to fix our big problem, if we did all those things, we might just solve it."

His interest in Indiana's talent gap and bringing Hoosiers back home to work goes way back. Osterle explained to RTV6 a personal story from when he was 21 years old before he went to Harvard Business School.

Osterle tells RTV6 this story from a breakfast with Mitch Daniels decades ago:

When asked about this passion project of t.map, Osterle explains it is all about marketing what Indiana has, which he says is people.

"We don't have mountains, we don't have oceans, what we have is each other and I think that is a really great thing to have," explains Osterele. "I think we can take that out and sell it to other people. Indiana is a place where you can come here with nothing, with no background, and if you work hard and if you show initiative, you can become anything you want. I have lived in lots of places where that just wasn't true. I think that is a compelling thing for us to go out and sell to people."

Along with recruiting thousands of people back to the Hoosier state, Osterle has a focus on certain industries with critical demand right now that t.map is naturally finding: technology companies and engineering firms. However, t.map's data technology allows them to have a large scope of talent that they can ultimately search for.

"What is fun about our technology is we can use it to go find poets, or violinists, or anything," says Osterle. "We are able to feed those criteria into those algorithms and identify the top candidates for anything, which is fun. I am hoping, I desperately want to get an engagement to go find a poet because we could really show off what we can do. This has all sorts of fun implications of what we think about talent in Indiana, what we might be able to go get that we have not historically gone and tried to get. It is a really fun project from that standpoint."

"This was the first company they showed me and it was a match," states Abram. "I wouldn't be here, I would probably still be in Boston if it was not for t.map. I think the people in Massachusetts are great but I think there is something to be said for Hoosier Hospitality in Indiana, we are so happy to be home."

For Price, Covideo's president, he has found a total of two new employees through the help of t.map and plans to find many more to add to his staff in the future through this new recruitment technology.

"I think that is what makes t.map significantly different is they really come in and understand who we are and they have done a fantastic job," explains Price about his experience with t.map. "When we hired in Elizabeth, she was literally the only person that we interviewed. It was just immediately it was the right fit, she had the right skill set, she had the right culture fit, and t.map is doing something unique that most people are not doing right now."

Osterle says part of t.map's mission is to give advice about recruiting.

"We want Indiana companies to be good at this, we are happy to talk to anybody," states Osterle.

For more information about t.map contact Mike Rutz at mike@tmap.com.