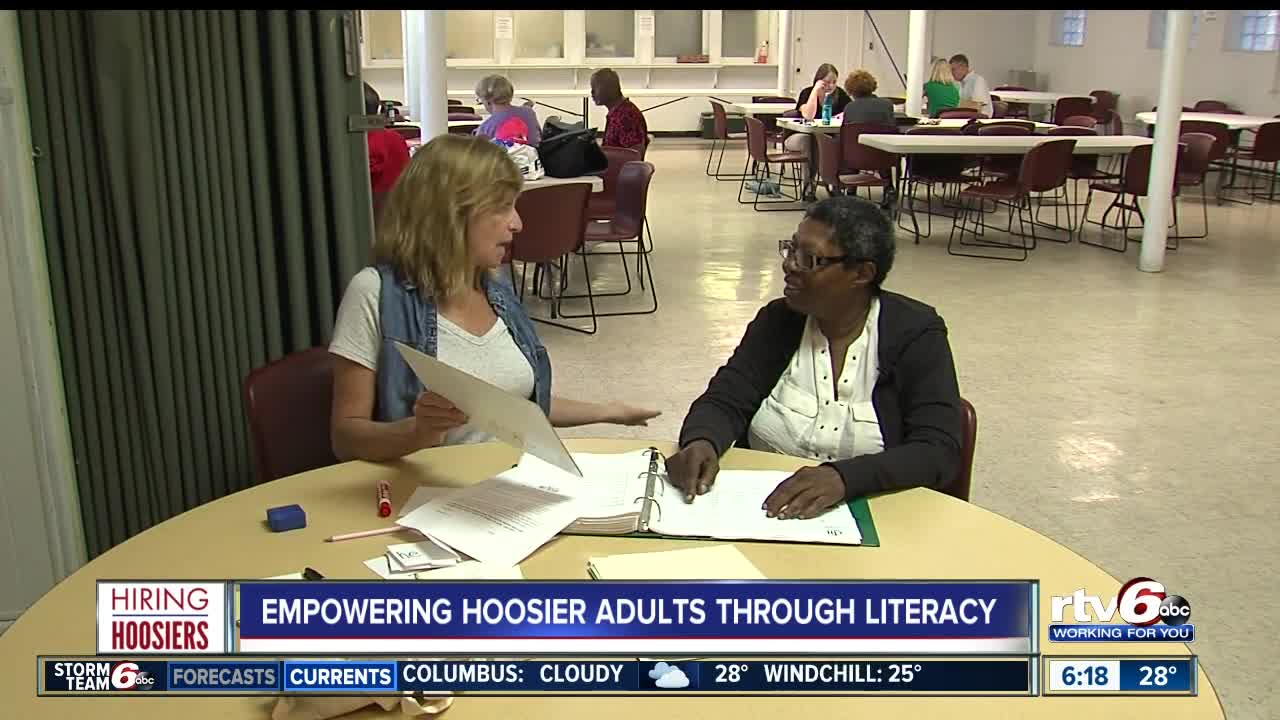 Hiring Hoosiers is all about opening the book to resources and tools to help you write the story for your career. A program that has been around Central Indiana for three decades is working within an all-new model that brings illiterate adult Hoosiers together to master the skill of reading. 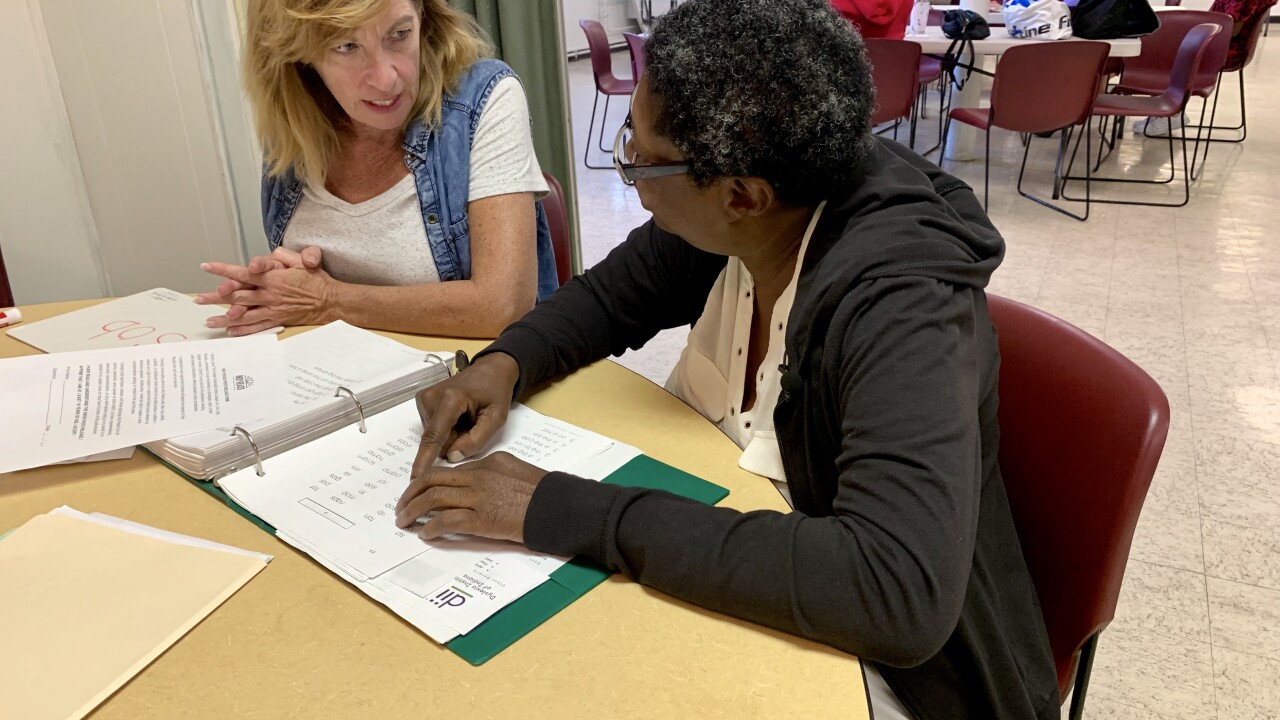 INDIANAPOLIS — Hiring Hoosiers is all about opening the book to resources and tools to help you write the story for your career. A program that has been around Central Indiana for three decades is working within an all-new model that brings illiterate adult Hoosiers together to master the skill of reading.

Indy Reads hopes these classroom-based lessons will help Hoosiers land a job or get promotions within their current jobs to excel in their career goals and make the community as a whole a stronger place.

The ABC's come as a simple skill for many Hoosiers. But the reality in Indiana is that it is not a tool to take for granted. One in every six adults read below a 5th-grade level, according to the National Center for Education Statistics.

Michelle Smith is one of them. She did not learn how to read as a child.

This 58-year-old from Indy's east side is working re-write her past.

"I am learning more now than I did when I was going to school since I have been in this program," says Smith.

With each syllable, Smith is learning to read and write, and Indy Reads teacher and a volunteer tutor.

"If you don't know how to read, sometimes people will take advantage of you not knowing how to read," states Smith. "It has happened to me before."

Smith started with the Indy Reads Community Classrooms program two years ago intending to learn enough literacy skills to get a job. It's free for students of all literacy levels.

Each adult that comes into this program is tested at their own ability, and they are taught on an individual basis, but they all have one common goal, and that is to read.

"Really literacy is the foundation upon which everything else in one's life is built and so not only are we teaching people to read and write here at Indy Reads, but we are really building a stronger community here in Indianapolis," says Ryan Kind, the Chief Executive Officer of Indy Reads.

Indy Reads has, for more than 30 years, been a resource in Central Indiana for improving the literacy skills of adults and families in the area. They have helped thousands in the Indianapolis community break the cycle of poverty and lead even more fulfilling lives.

In 2017, Indy Reads launched an all-new model that brings adult students together with trained volunteers and certified teachers in a structured classroom environment. It is to help empower adults and enrich lives with the ability to read and write.

King says it is a devastating cycle in Marion County. One in ten county residents does not speak English at home, according to the Immigrant Welcome Center. Also, the National Bureau of Economic Research says children whose parents have low literacy levels have a 72% chance of being at the lowest reading levels themselves.

Smith is working on writing her future by opening the first page to her next job path.

"They would take their time and be patient with me and not rush me into doing different things, and that's how I ended up learning how to read the little bit that I do know how to read," explains Smith. "It hasn't really been that hard."

Indy Reads' Community Classrooms runs on a semester schedule, with 15 to 20 students in each class session. Students come three times a week for two hours at a time. Their last semester of classes had 235 students, and King says they are hoping to work up to 400 students a semester.

"Not only do we work with folks that are working on improving their literacy skills, but we are also working with folks that are working on mastering the English language," says King. "We also have some certifications as well; we have a customer service certification that we are working on which is teaching them the fundamentals of customer service and those soft skills that employers throughout the state are telling us are needed in the people that they are trying to hire."

This program is open to anyone that does not have a high school diploma, a high school equivalency, or simply just needs to brush up on their reading skills. It is entirely free for students due to the support Indy Reads has from the state of Indiana and community donors; it does not cost a student anything at all.