Fueling the next generation of women in the motorsports industry 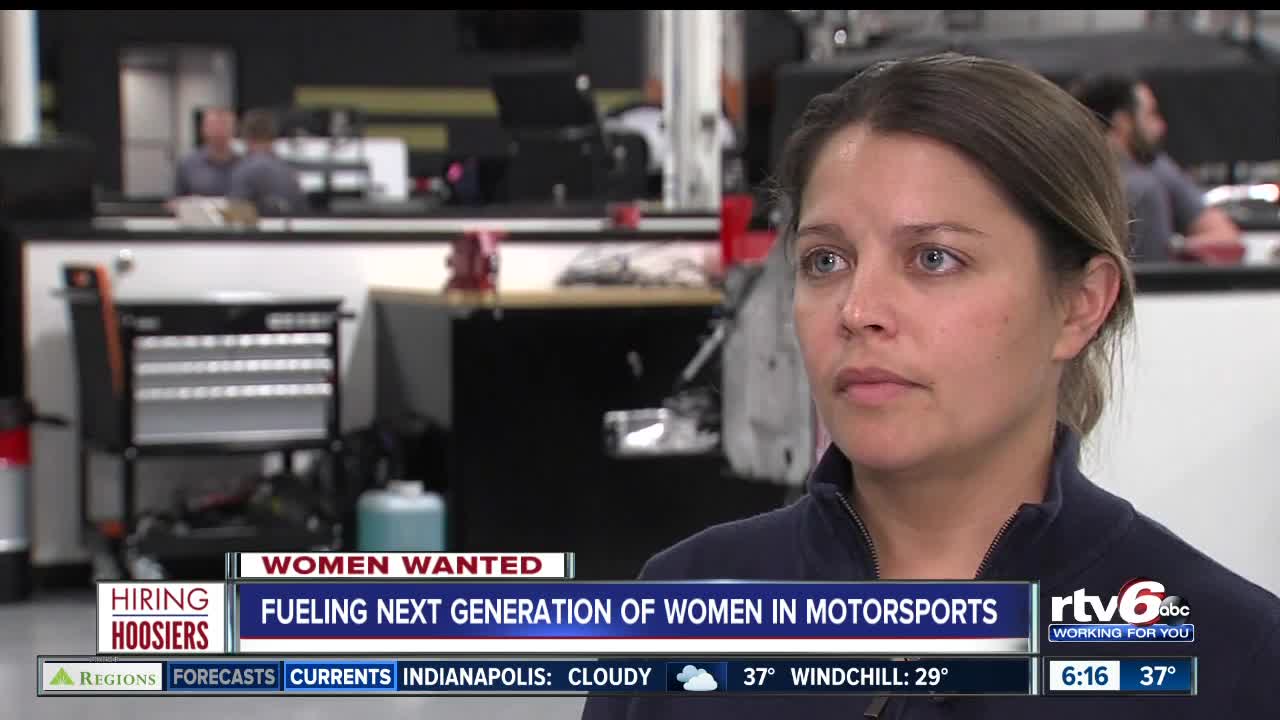 Hiring Hoosiers is introducing you to tools to help you achieve your career goals. For many young women, the thought of working on an IndyCar team is not even a thought, although it is the sport that shines the spotlight on Indiana. Fuel the Female is showing young girls that with confidence, they can be the ones revving the engines on the track. 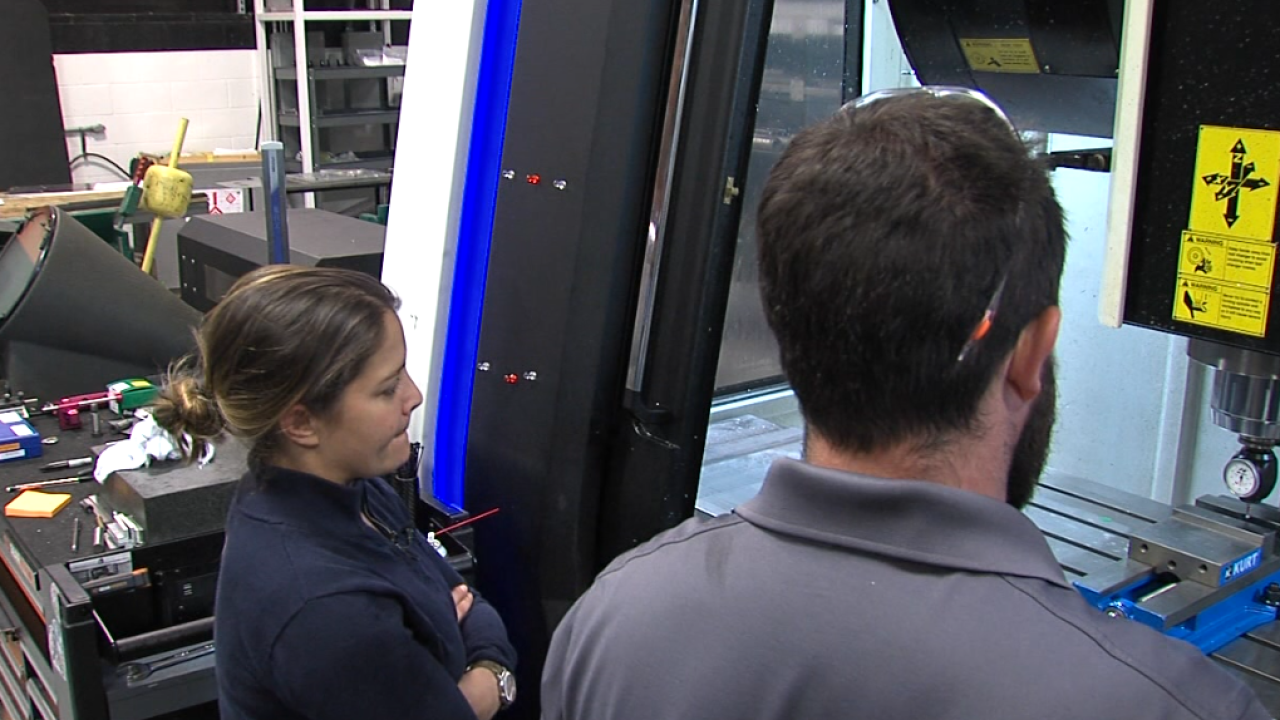 INDIANAPOLIS — Hiring Hoosiers is introducing you to tools to help you achieve your career goals. For many young women, the thought of working on an IndyCar team is not even a thought, although it is the sport that shines the spotlight on Indiana.

Fuel the Female is showing young girls that with confidence, they can be the ones revving the engines on the track.

As a performance engineer on an IndyCar team, Kate Gundlach is given quite the task: making a winning car. This challenge is what gets Gundlach going every day on the job.

"What got me interested in engineering is how to taking things apart, putting them back together and making them better," says Kate Gundlach, a performance engineer at Arrow McLaren SP Racing.

Gundlach is breaking barriers in the sport. In 2018, she and another woman became the first female engineers to take the series title when they helped Scott Dixon win his fifth IndyCar Series Championship with Chip Ganassi Racing.

"Exposure is really easy being a woman in this sport, but in terms of proving yourself and getting to where you want to be in your career, you are in the same spot as everybody else here," says Gundlach.

As a minority in the workplace, Gundlach says it comes with a different kind of challenge.

"Being a woman in this industry is an advantage being in the part that everyone knows who you are because you are a minority," explains Gundlach. "It is easy to be recognized, so you are in a bit more of spotlight so your mistakes are also seen by everyone too so you have to be fully sharp, trying to be, because you can't make any mistakes and be more visible and in that sense, it has it's pluses and minuses in that sense, because you are exposed but if you make mistakes it is going to be worse than if you don't."

Right now, only eight women are working in the competition side of the NTT IndyCar series, and just to put that into perspective, ten people work per car, according to Katie Hargitt, the Founder and Executive Director of Fuel the Female.

"I think there is a need for more women in motorsports because you need to look at things from a different perspective all the time," says Hargitt. "The most successful companies, the most successful teams are diverse, whether that is diverse racially or diverse in terms of having both men and women."

As a former driver herself, now an IndyCar reporter, Katie Hargitt is working to shift the gender make-up of the motorsports industry. Hargitt created Fuel the Female, a program encouraging girls to take an interest in STEM careers, so they too can be the ones revving the engines on the track.

"The best way to get to these girls was to get them hands-on," says Hargitt. "So this past May, we again brought a hundred Indianapolis area, high school girls, out and they made racecars out of mousetraps and other recycled parts. Lyn St. James, who was a one-time Rookie of the Year at the Indianapolis 500, came out and talked to them. She is also on our board of directors, Kara Adams came to spend some time with them, so seeing these real-world examples of such successful women I think really helped to ignite that fire inside of them to chase that career in STEM."

Gundlach is also involved in Fuel the Female, hoping to fuel the minds of girls interested in a career like hers.

"Girls, when deciding on what they want to do, are more than capable of anything they set their mind to," says Gundlach. "It's not harder than anything else; it requires the same amount of work, effort and discipline and people may get deterred with thinking that you need to have hands-on experience, that you need to be born with this idea and this drive to do this, but you can figure it out. It is not easy; it is accessible. It is accessible, all you have to do is have a small interest in it, and the paths are there."

For Kate, the checkered flag at the end is worth every minute of the hard work.

"Winning, winning is really cool," states Gundlach. "I think it is, apart from winning, it is knowing you did the best job you can do; it's the relationships you have with the people.
It makes the long nights, the grueling overnight stuff, the travel all more powerful."

The most significant piece of advice Gundlach has for girls interested in a career on the competition side of motorsports is too take that first step and reach out to anyone who admires in the industry. Those small steps can do big things to help get on the career path.