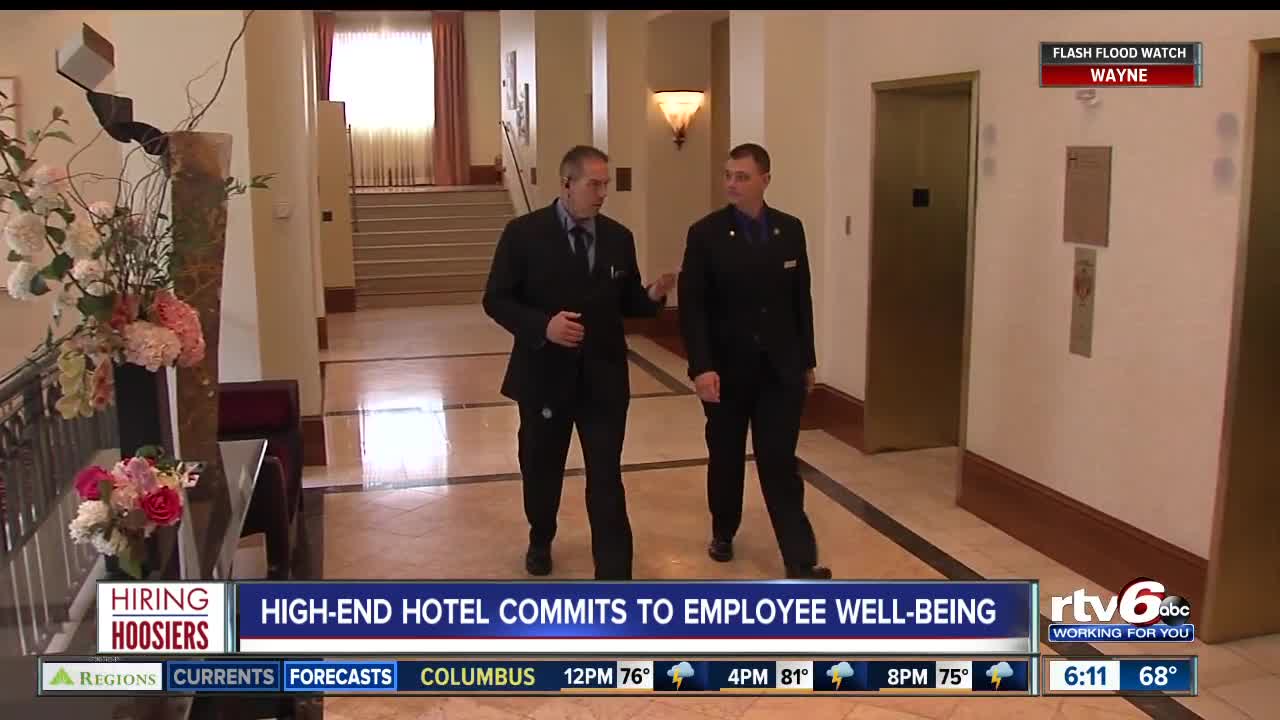 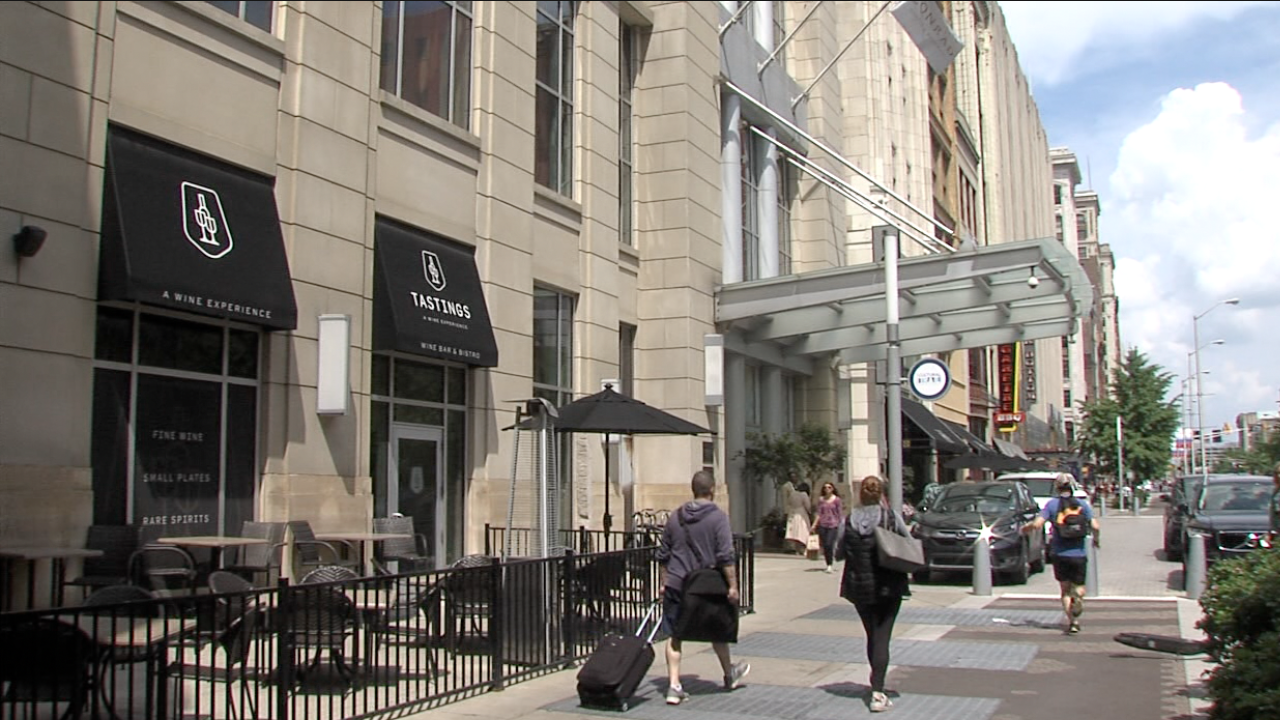 INDIANAPOLIS — Hilton Hotels is celebrating its 100th Anniversary and the Conrad Indianapolis has played a significant role in attracting tourists to the Circle City since the luxury hotel opened its doors in 2006.

Tony Meneely spends his days at the Conrad as the security manager of the hotel. He also works outside of the hotel walls as well.

Hilton allows Meneely and other military members to serve the country while continuing to have a strong sense of job security back at home at the hotel.

"If I make less money in the military than I do working here, than Hilton covers that difference on pay so you don't have a hardship while you're deployed," Meneely said.

Operation Opportunity is Hilton's commitment to hire military service members, veterans, and their families. The program launched in 2013 with the commitment to hire 10,000 military members and their families. The hotel company exceeded that goal by 2018. Now, the Hilton says it is committed to employing and additional 20,000 military hires by the end of 2020.

The Conrad in Downtown Indianapolis is part of the Hilton family and employs 200 people, 12 of which are military veterans, three are actively serving and one of whom is currently deployed.

Meneely says the hotel offering the differential pay while he was deployed helped cover for his wife's insurance while he was serving. This, leaving the financial hardship off of the couple.

"They were actually able to help build the resources even while I was gone for me to be able to come back and have a really strong and even stronger team than when I left for security," Meneely said. "The other thing they did for me actually was look at my pay, so while I was gone I would've been eligible for a pay raise for my year of being here and so they treated it as if I was not even gone. They still did that review, they still looked at that pay raise and they were still able to then make happen and compensate for that being gone."

Along with the Hilton company's benefits, working at the Conrad has offered a career ladder for Meneely.

"I've grown," Meneely said. "I started out as the lead security officer here in 2012 and then kind of moved up to a supervisor level and then eventually became a security manager here at the Conrad as well."

Conrad's human resources area director, Kara Ooley, says a job at the Conrad is just the beginning for your career growth. She said there are plenty of opportunities in different departments to work towards larger opportunities.

"We are almost always hiring in great front line positions for people who want to represent the city," Ooley said. "Service positions like our guest service agents, banquet servers who work in our catering and events areas. We're hiring in the culinary department, so people who want to build a career in the kitchen, it's a great place to get started and potentially grow and see the world as a culinarian. And then we are always hiring ancillary positions as well, housekeeping and laundry, the people who really kind of keep the hotel going, those are really important roles."

Hilton was ranked number one in the U.S. by Fortune Magazine for 2019's 100 Best Places to Work.

"I think our benefits packages are a part of that," Ooley said about Hilton's top ranking in the prestigious list. "We have great health and wellness benefits but there's also a really keen focus from Hilton on financial well-being for all of our team members."

For those that have a "travel bug," a job with the Hilton company could be a good fit.

"'Go Hilton' is a deeply discounted travel program for all Hilton employees," Ooley said. "When new team members start, you can tell the excitement in orientation when we start telling them about the discounted room nights, not just in the United States but around the world that they can take advantage of."