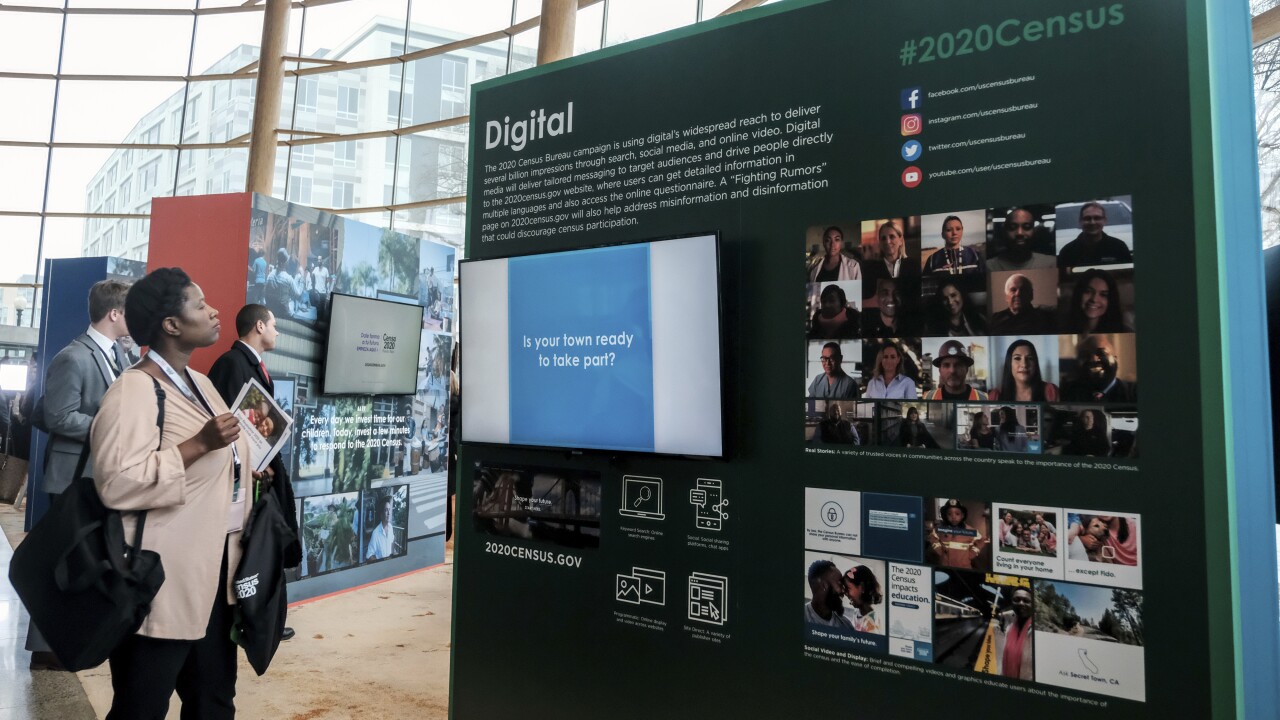 Michael A. McCoy/AP
Tralonne Shorter attends an event unveiling advertising and outreach campaign for the 2020 Census, at the Arena Stage, Tuesday, Jan. 14, 2020 in Washington. (AP Photo/Michael A. McCoy)

INDIANAPOLIS — The U.S. Census Bureau has 3,000 job openings at its Indianapolis office that must be filled in the next 60 days.

As the beginning of the census nears, the bureau's recruitment efforts have ramped up to hire 500,000 people nationwide.

These roles, which include census takers and office personnel, pay anywhere from $22.50 to $25 an hour.

Each position plays a critical role in making sure every Indianapolis resident is accurately counted in 2020.

Responses to the 2020 Census are used by state, local, and federal officials to determine billions of dollars in funding for the next ten years. That funding goes toward public services such as hospitals, schools, emergency response services, and road maintenance and construction.

The online application will take about 30 minutes to complete and will question your education, work, and other experiences.