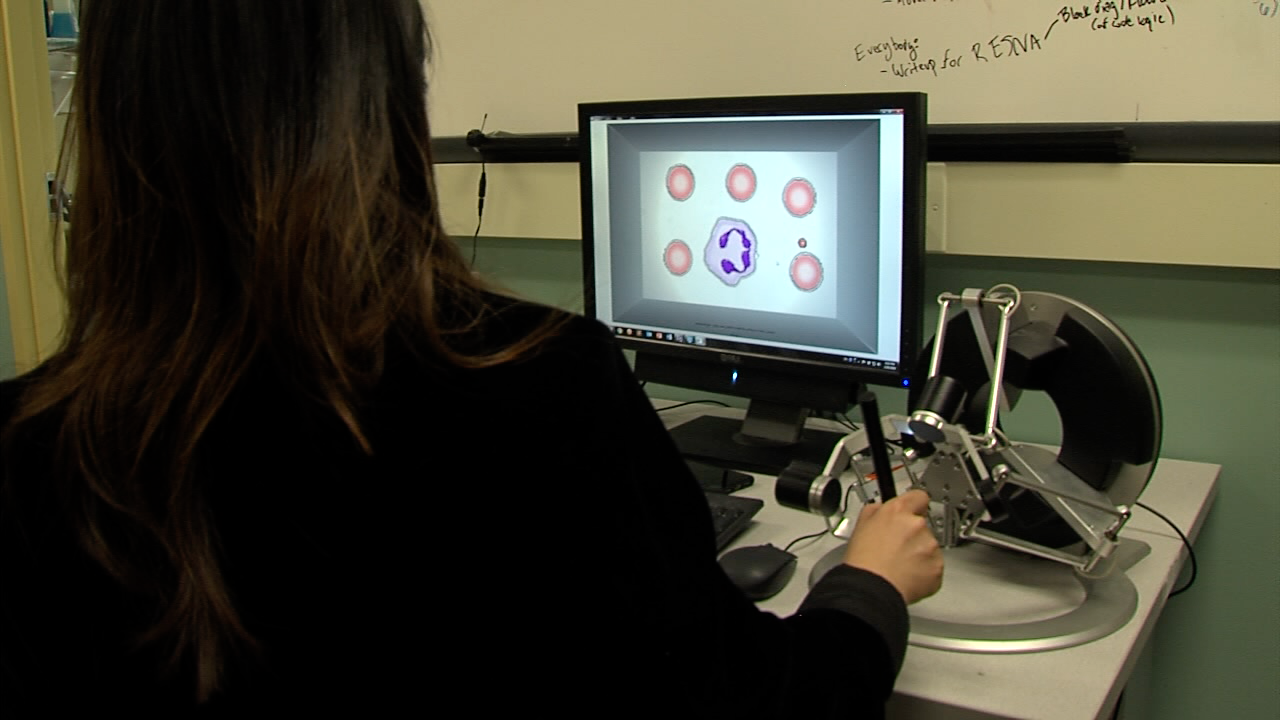 WEST LAFAYETTE — There are no limitations in this lab.

Ting Zhang is finding new ways to remove obstacles at the workplace. She’s a graduate student at Purdue University's School of Industrial Engineering.

"This will make a difference for people with disabilities," Ting said.

HaptImage, a Purdue University graduate student startup, is behind the technology which includes a controller and software. It allows people with a visual impairment to recognize what's on the screen and in the end pursue their careers whether in a forensics lab, architecture or social media.

Ting showed RTV6 the equipment in the lab.

“We can use this so people can feel a red blood cell," Ting said.

It's this kind of testing and thinking that's expected to change how people with disabilities will be able to pursue their careers.

Brad Duerstock is an associate professor at Purdue and is the head of the Duerstock Institute for Accessible Science Lab also known as IAS.

“Unemployment of people with disabilities is a very difficult problem," Duerstock said. "There's a lot of factors involved and we are really focusing on giving them the tools to be successful."

Shruthi Suresh is a graduate student from the school of Biomedical Engineering. She is also focused on removing barriers. She's working on devices to help people with limited use of their hands.

"It's euphoric to know that something works,” Suresh said. “The main thing we are trying to do is improve their quality of life and by improving the quality of life you want to give them opportunities to pursue things that they may or may not have access to in the past."

Suresh decided to become an electrical engineer after becoming friends with someone with a disability and she was inspired to see how she could change things for her.

“I think if you can change someone's life, knowing that I can give that hope to somebody changes who you are as an engineer,” Suresh said.

The lab has worked with the Indiana and Texas schools of the blind and visually impaired to test their products.

The team has also received national recognition for their efforts.