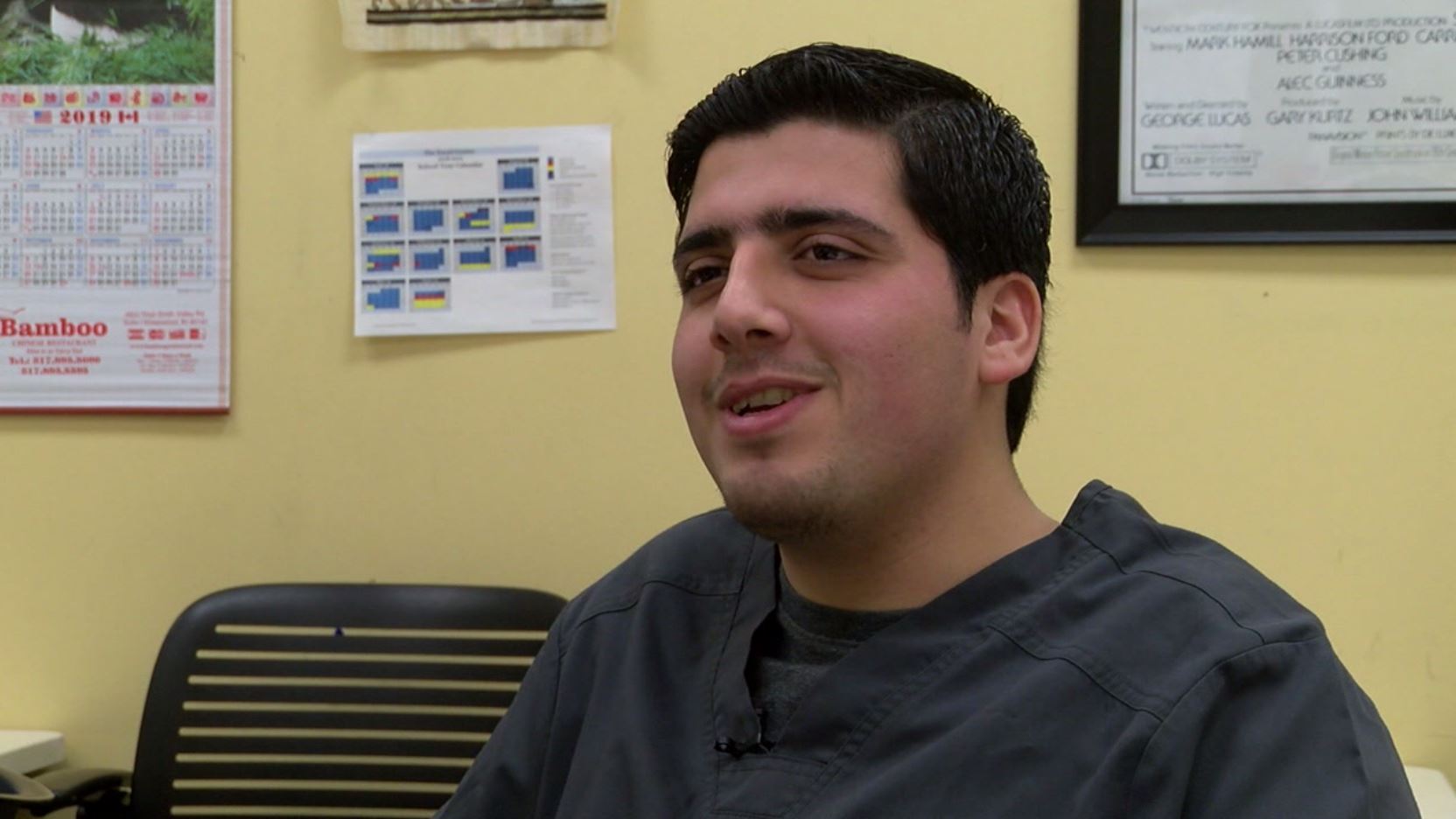 INDIANAPOLIS — It has been a chance at a new life for one refugee who escaped war and found a home here in Indianapolis.

Seeing the smile on Mohammed Alhamawi's face, you would never know what he's been through.

"We were actually having a good life in my home country of Syria until 2012 when the war started and everything changed,” Alhamawi said.

Mohammed was 18 years old when his family fled Syria, having endured famines, droughts, disease, chemical warfare and even death.

"We got the opportunity to come to the states, the smile came back again on our faces,” he said.

When he and his family arrived in Indianapolis, Mohammed enrolled in Goodwill's Excel Center, a high school for adults. There, he took English, math and algebra classes, to name a few.

As an English-language learner, he had to put a lot more work in than the average student, but he leveraged all of Goodwill's resources to be successful. He graduated in less than two years and not only received his high school diploma, but also earned a clinical medical assistant certification, as well. That’s what landed him a job at St. Vincent Health.

"Lab work, blood drawn, any shot, any vaccine, I will take care of that and check them out,” he described as his duties.

As soon as you walk in the door, Goodwill connects you with a life coach, internship and job placement services. Depending on your barriers and challenges, they help you with childcare, transportation, anything to help you succeed.

"In the state today, there’s 475,000 working-age Hoosiers that don’t have a high school diploma,” Kent Kramer, Goodwill Central & Southern Indiana CEO and president, said. “A lot of us have heard about these million jobs, and that’s 1 million jobs that’s going to go unfilled in the next decade.”

Goodwill believes in gaining independence through education, health and employment. Right now, Goodwill has around 4,000 employees and 4,000 students in their high schools.

Mohammed was one of those students and now graduate — a dream come true for his family.

"They are really happy and they were so proud of me when I graduate and when I got my job,” Alhamawi said.