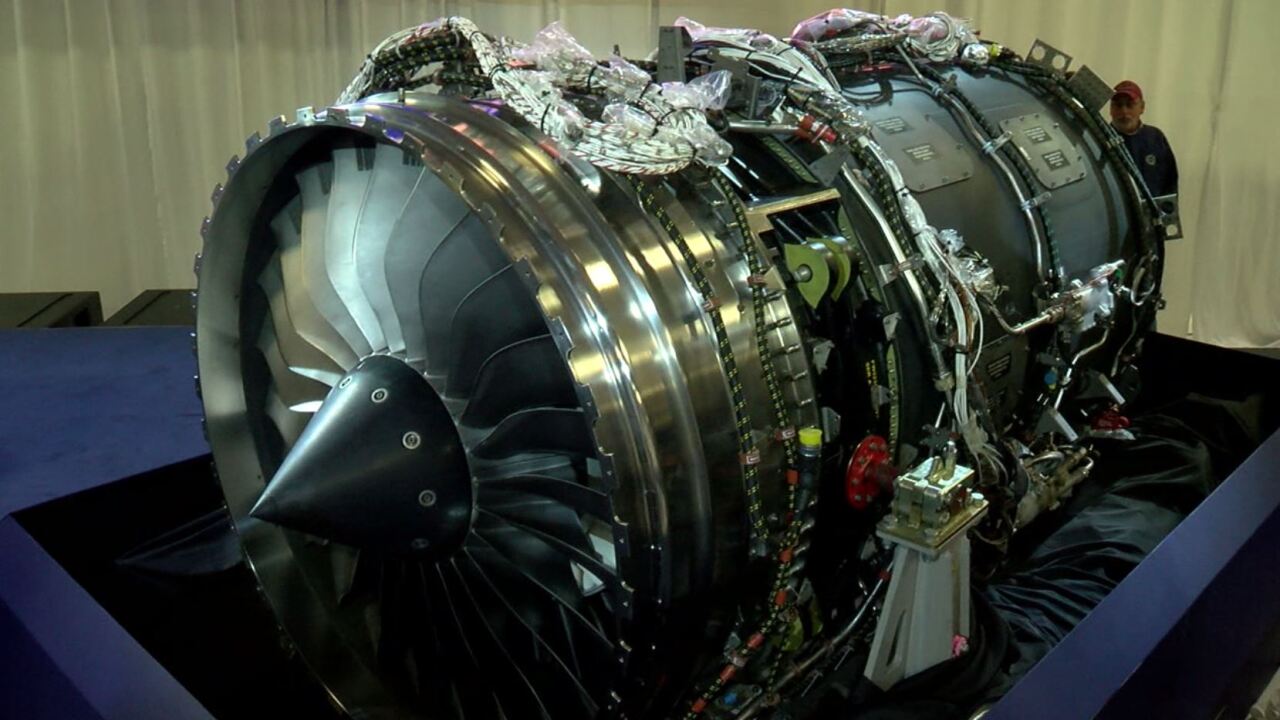 Jason Ronimous/RTV6
Rolls-Royce on Monday announce it will seek a U.S. Air Force contract to build the new engines for the B-52 strategic bomber

INDIANAPOLIS — An Indianapolis defense manufacturer is looking to secure a contract to build the new engines for the U.S. Air Force's B-52 fleet, an effort that could result in the addition of 150 jobs locally.

Rolls-Royce announced the start of the campaign on Monday, unveiling its F130 engine and announcing that the Indianapolis plant is where the company intends to build the engine if the campaign to secure the contract is successful.

"Our ultra-modern, advanced manufacturing facilities in Indianapolis are the perfect locationn to produce, assemble and test the Rolls-Royce F130 engine for the U.S. Air Force B-52 program," Tom Bell, president of defense for Rolls-Royce, said in a statement. "Rolls-Royce North America continues to invest heavily in advanced manufacturing and technology at our Indianapolis site, making it one of the most efficient and modern facilities anywhere in the aerospace world."

The B-52 re-engining program will include 650 new engines for the Air Force's B-52 strategic bomber fleet. Rolls-Royce said Monday that if the company is successful in its bid, the company will add 150 new manufacturing, engineering, program management and similar jobs in Indianapolis.

The company said the F130 engine, which produces 17,000 pounds of thrust, is a variant of the Rolls-Royce BR725 commercial engine. The F130 series of engines already power the E-11A and C-37 aircraft in the U.S. Air Force fleet.