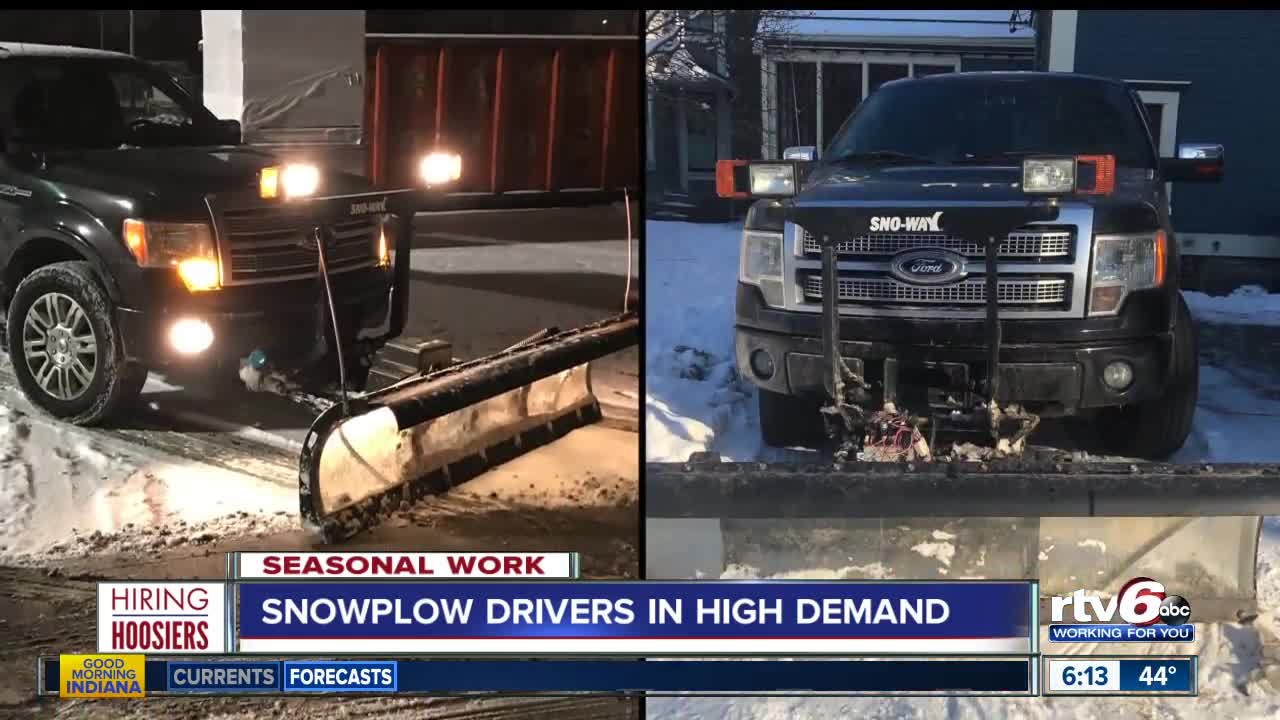 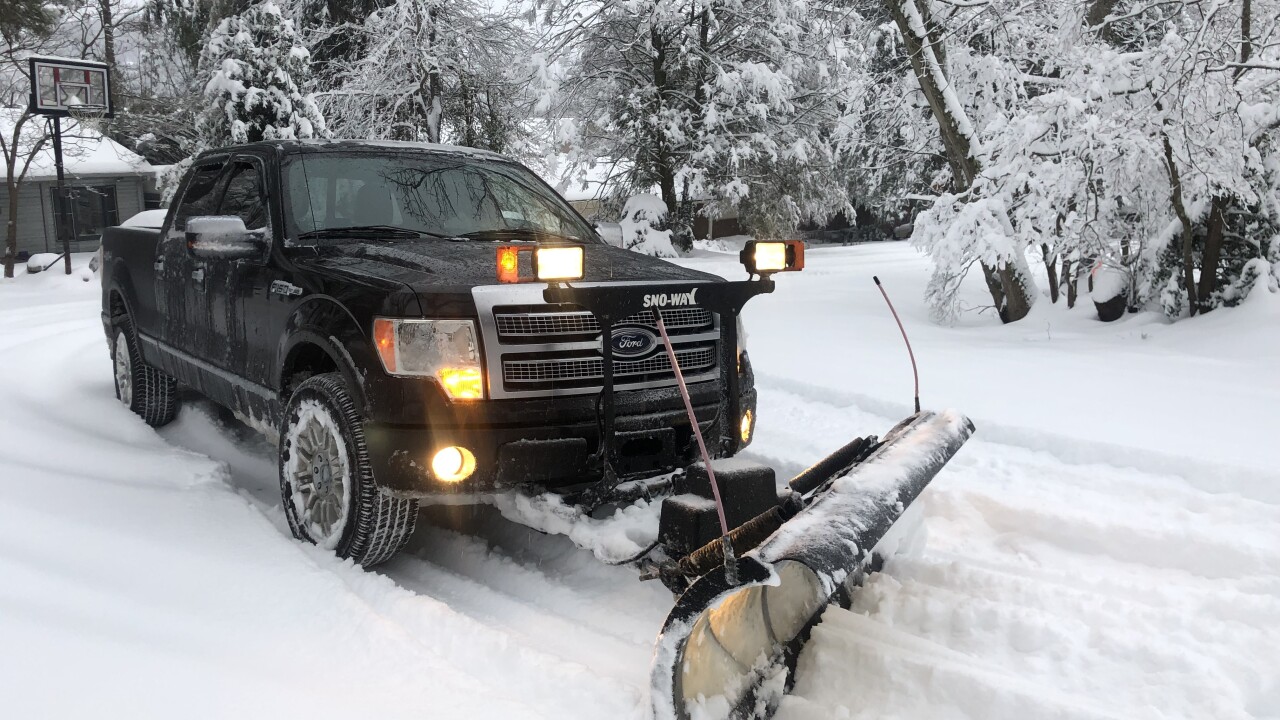 Just as the snow comes and goes, so does this opportunity to earn some extra cash through the winter season. An Indianapolis family explains how plowing snow during the colder season is a great addition for those looking for part-time work.

The Pennington family has been snowplowing in Indianapolis since the late 1980's.

"It is a family business, we started many years ago," says Charlie Pennington, he has been plowing snow in the Indy area for more than three decades. "Went down through the generations, my kids, and now one of these days my kids' kids are going to do the same thing."

Charlie started plowing alongside his brother. Now he has his son and his nephews doing the same.

"We plow snow, we have front loaders, we have trucks with plows, we offer some salting services, shoveling services, whatever the needs of the customers are, we are there to provide," says Charlie.

For Charlie, he says this is a great side hustle to his full-time job.

"I work for IMI, I drive a concrete mixer," says Charlie. "We just do this in the wintertime to fill a gap and help people out."

His son, Chuck, also stays busy as a full-time realtor. But Chuck explains this is a perfect way for him to get some extra cash this time of the year.

"It is fun, I really like, you know driving in the snow," says Chuck. "Sometimes you get to help people even whenever you blow up an engine. It is fun to just get out there and help people."

The schedule, it's up to mother nature. The Pennington's say one season, they only plowed one day but others, they have plowed for hundreds of hours within that one season.

"On the plowing side, you can get out there and if you can drive a truck and not wreck, it is something that all of the landscaping companies, they are looking for people to come out there and drive trucks and not wreck," says Chuck. "That is who we do a lot of work with and then if you have free time, why don't you fill it with something that will put some money in your pocket before the holidays."

To plow, it is a bit of an investment. Chuck says plows can cost anywhere between $3000-$9000. However, the payout can pay off over time.

"It is usually better to work with a bigger contractor, they can keep you busier, you can pick up some little stuff on your own to help out," says Charlie. "There are big landscaping companies around town, they are always needing drivers and even the government, they need drivers too."

It is a job that needs to be done, and if you are up for the task, there is a lot of ground to cover and plenty of work to be done.

"Well we work behind the scenes and a majority of plowing done is by private contractors, not the city," says Charlie. "There is lots of asphalt around the city that has to be covered and the city quite honestly can't cover it all. It is unpredictable but it does pay well, if you are flexible with your time and you are willing to get out there and put out a little bit of effort, it is very financially rewarding."

For individuals looking for part-time seasonal work shoveling snow, running plows, or other snow removal equipment contact one of the following: