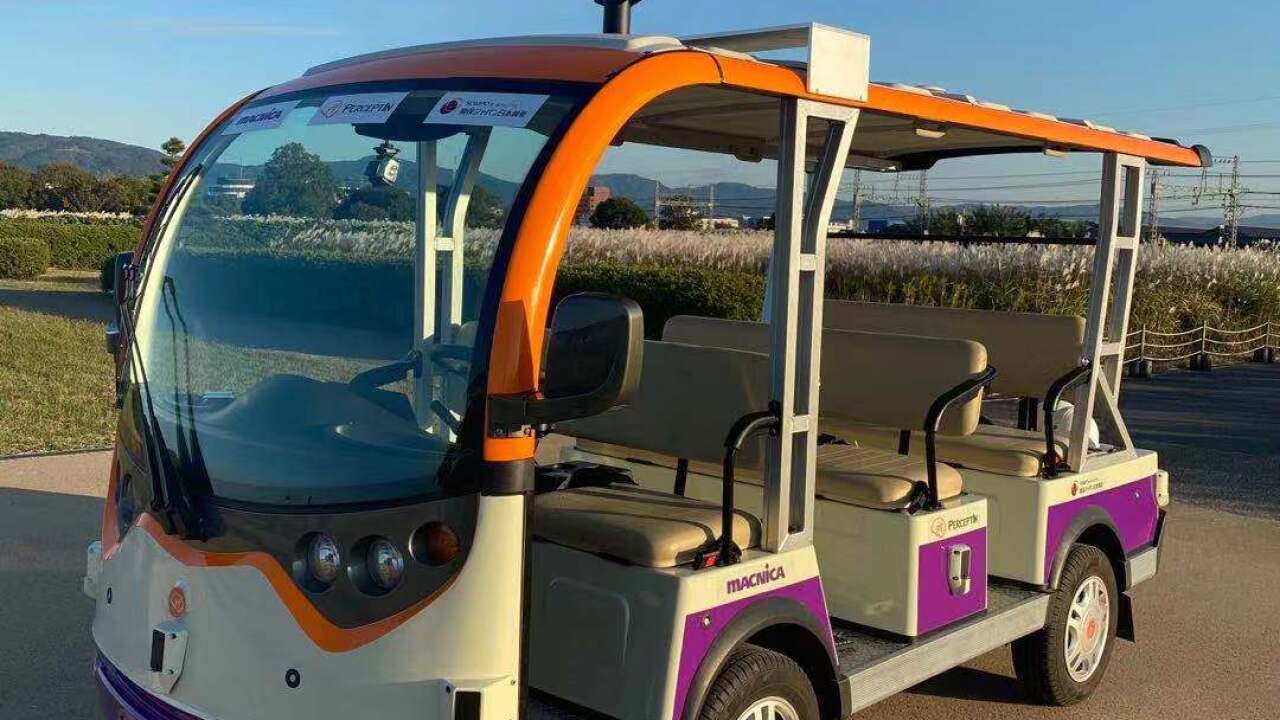 Photo provided by the City of Fishers
A low speed electric vehicle (LSEV) produced by PerceptIn.

PerceptIn, currently based in Santa Clara, Calif., plans to create up to 50 new, high-wage jobs by 2022 and will establish its headquarters at the Indiana IoT Lab - Fishers.

"When we launched the Indiana IoT Lab in 2017, a company like PerceptIn is exactly who we had in mind to propel our city even further as a leading city for tech," Mayor Scott Fadness said. "Fishers is made for entrepreneurs, and today we are happy to support the future of transportation technology through this pilot program and in support of our newest Fishers company, PerceptIn."

The pilot program, set for next year, centers around transporting passengers from Launch Fishers and the Indiana IoT Lab - Fishers to the heart of downtown Fishers. The fixed route is slated to transport passengers from 10:30 a.m. to 2:30 p.m. daily to support short trips to restaurants and meetings in the downtown area. Routes will expand pending results of the pilot program.

"We're extremely excited to relocate our headquarters to Indiana," Shaoshan Liu, chief executive officer of PerceptIn, said. "Indiana's commitment to growing and enhancing its technology sector, along with its business-friendly environment and collaborative industry partnerships, is why we chose to locate here. Additionally, we look forward to deploying our autonomous microtransit services in Fishers, and increasing our presence throughout the state, setting an example for the rest of the nation on utilizing advanced technologies to improve public transportation systems."

According to a release from the Indiana Economic Development Corporation, the company will invest more than $6 million to establish its new headquarters in Fishers and scale it operations in the coming years.

"As a state, we're laser focused on creating an ecosystem that encourages innovation across the board,allowing companies like PerceptIn to develop products geared for the future," Gov. Eric Holcomb said in a statement. "PerceptIn's decision to move its global headquarters to central Indiana is a testament to our state's pro-growth business climate and commitment to innovation, and we're so grateful they chose the Hoosier statee to call home."