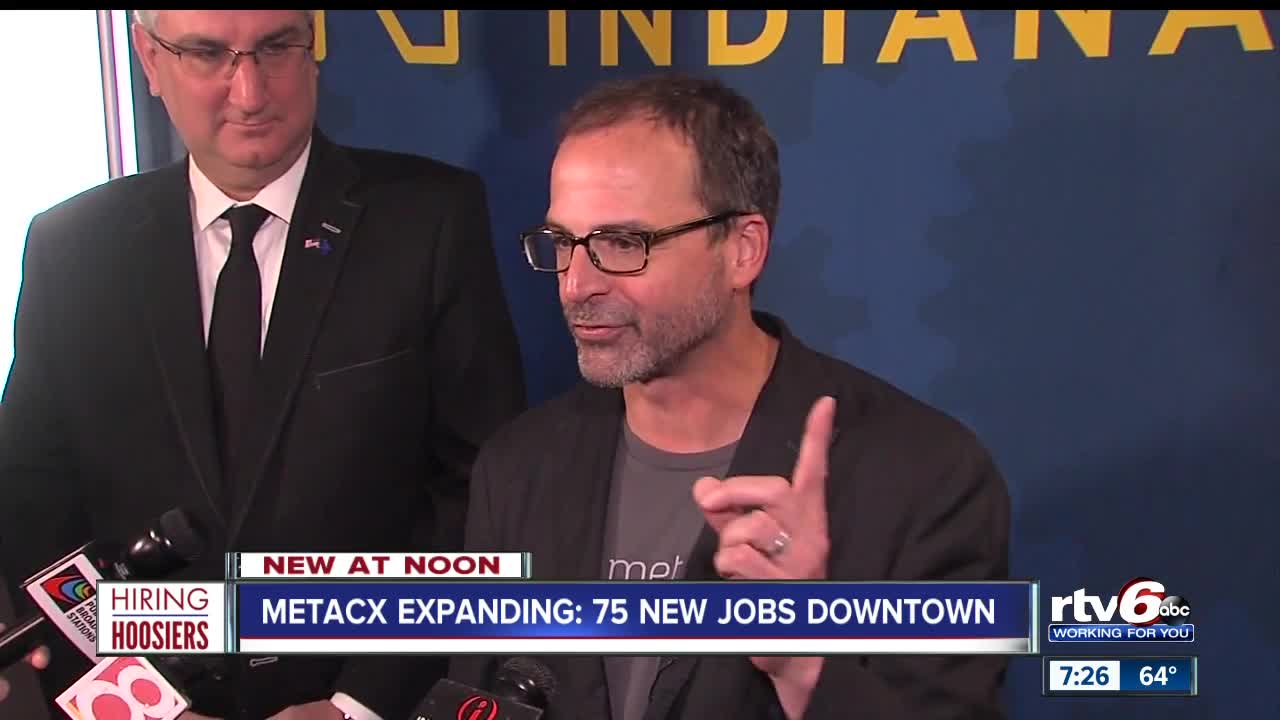 New opportunities are coming to the Circle City. A start up company in downtown Indy is getting bigger.

The company provides software that helps businesses maintain clients. MetaCX says the expansion will bring 75 new jobs at its headquarters inside the Salesforce tower, that currently has 24 employees.

MetaCX, which is one of the latest portfolio companies of Indianapolis-based venture studio High Alpha, will invest $1.4 million to lease, renovate and equip office space on the 10th floor of the Salesforce Tower at 111 Monument Circle.

McCorkle, the former head of ExactTarget and CEO of MetaCX, said Indianapolis is the best place for the company to launch its platform.

"We're very excited to be officially launching our MetaCX platform later this summer," McCorkle said. "We've been in stealth mode building something revolutionary that will change the way that companies deliver on their customer success promises. Scaling our operations in Indianapolis will be absolutely instrumental for our growth."

According to the Indiana Economic Development Corporation, in 2016 and 2017 tech jobs in the metro Indianapolis area grew at a rate of 18.4 percent, which is more than double the U.S. average.

"Indiana's reputation as a competitive tech hub continues to grow thanks to the innovation and commitment of companies like MetaCX and High Alpha," Gov. Holcomb said. "Tech jobs in central Indiana are growing twice as fast as the U.S. average because industry leaders and entrepreneurs are invested in this community, choosing to develop new solutions here, helping partners start and scale, and attracting top talent to the state."