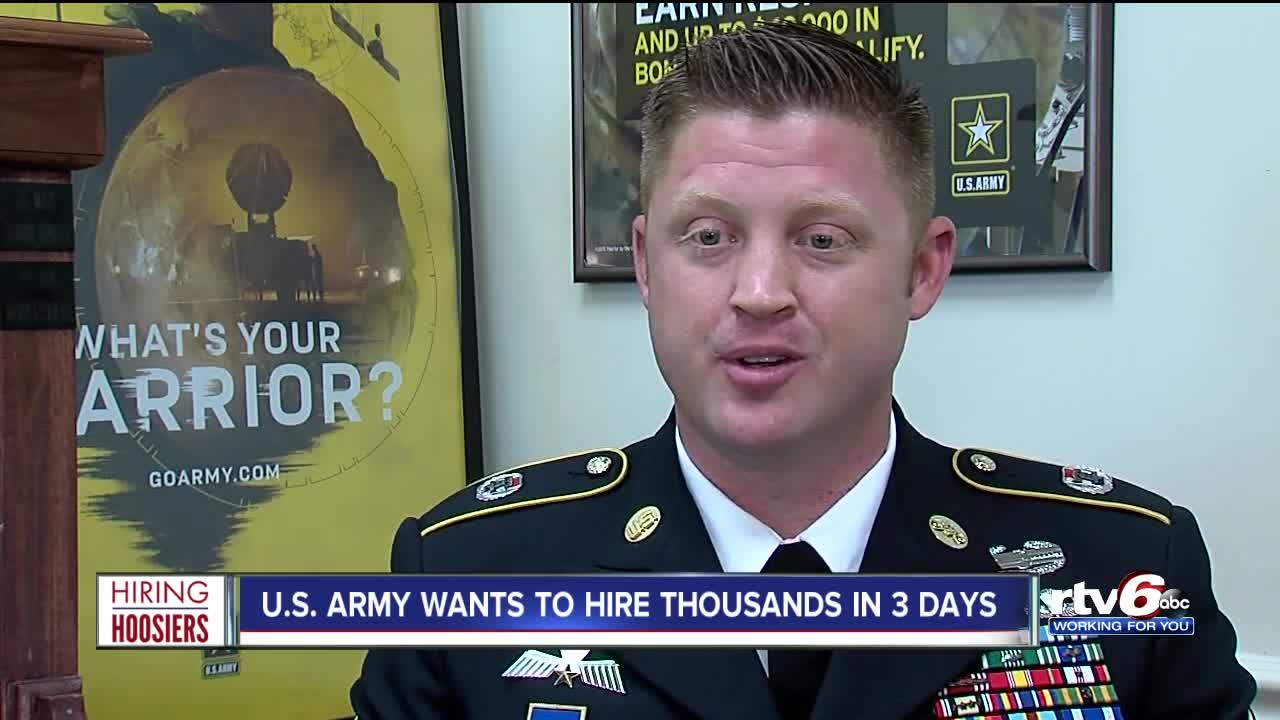 As part of the branch's first nationwide virtual hiring campaign, the military is making a major push to hire Hoosiers.

The men RTV6 talked to say joining the Army was the best decision they've ever made.

For 15 years, the Army has bee the career home base for Sgt. Jeffery Rigel.

"And here it is almost fifteen years later and I am still in, love it, I have that college paid for, I have that degree hanging up on my wall at home. So it was a really good decision," Rigel said.

Joining the Army has opened job opportunities Sergeant Rigel says usually comes as a surprise to others.

With more than 150 different career paths, recruits can find almost anything they are interested in doing.

"We have everything from the transportation field, to the medical field, we have lots of jobs that revolve around the STEM field, aviation, just about whatever you want to do," Rigel said.

"In the STEM fields, on my last deployment to Afghanistan, I actually ran a forensic science lab in Afghanistan," Rigel said.

As an army recruit, you will be trained both physically and mentally to learn the confidence and the skills needed to be a soldier in the United States Army.

With some many different individual career fields to choose from, they all also transpire to the civilian field.

Noblesville High School grad, Jonathan Decker, 19, enlisted on May 18 and is waiting to go to Bootcamp next February.

"I am looking to become an officer, I would love to go active and be a second lieutenant," Decker said. "I want to get through college well, and the Army will help me do that. And you know, get my career going."

Exclusive cash bonuses are being offered to those who enlist during the three-day event.

Army recruit, Keegan Johnson, is a busy man. He is pre-med at IUPUI, working on his bachelor's in both biology and chemistry.

"I volunteered for the civil service basically for one, to serve my country. Two, to build up my resume. Leadership skills, training, and all of the above. Three, the benefits provided by the Army are top-notch, absolutely. The health insurance is the best," Johnson said. "You don't get much better than that. They also help with my student loans and other things. And they really, really help with my continued education."