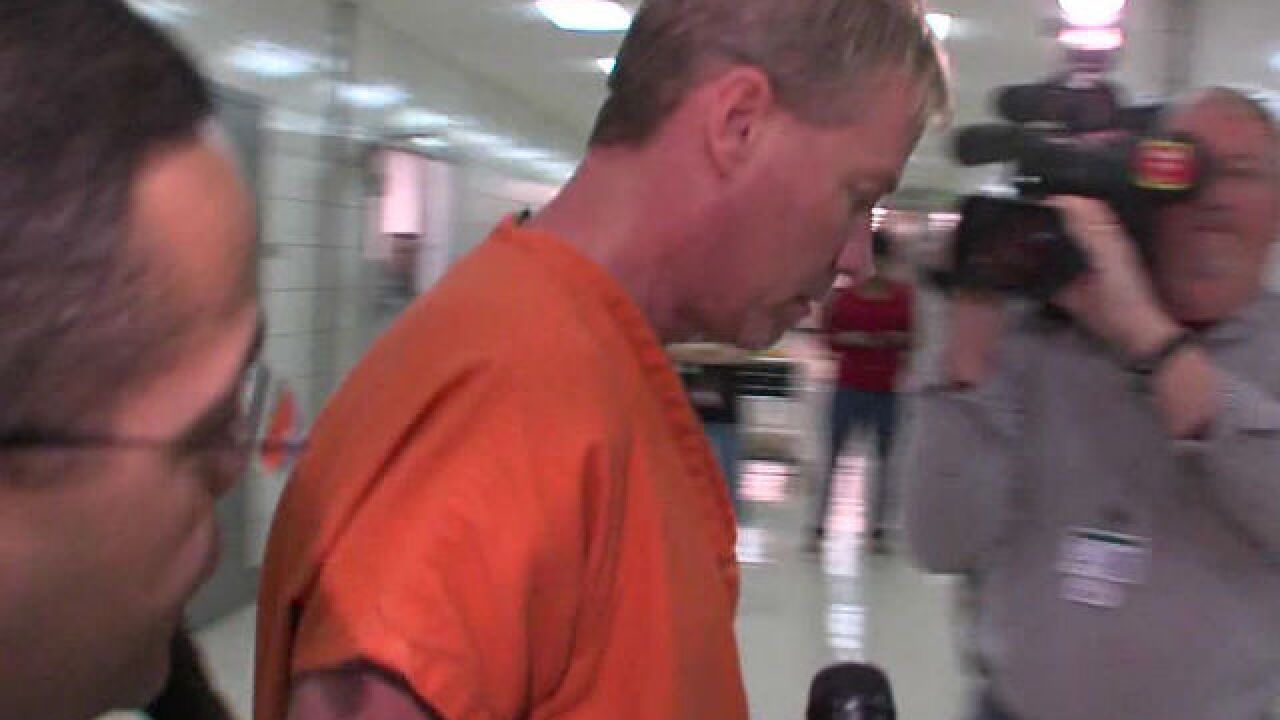 INDIANAPOLIS -- Mark Leonard, the man convicted of putting the Richmond Hill Explosion in motion, died Tuesday morning at an Indianapolis hospital, according to the Indiana Department of Correction.

Leonard was convicted in July 2015 on more than 50 counts of murder, arson and insurance fraud for his role in the conspiracy to blow up his then-girlfriend Monserrate Shirley’s home on the south side of Indianapolis. He was sentenced to two consecutive life sentences, plus 75 years in prison.

He received an additional 50-year sentence last year after being convicted of trying to hire a hitman to kill a witness in the case while he was incarcerated in the Marion County Jail awaiting trial.

Leonard had been serving his sentence at the Wabash Valley Correctional Facility – the same prison where his brother, Bob Leonard, is also serving a life sentence for the explosion. Indiana Department of Correction officials said Leonard had been placed on "imminent death watch" earlier this week and had been transferred to an Indianapolis hospital, where he ultimately died.

(1/4) The Indiana Department of Correction (IDOC) has confirmed the death of a high-profile offender, Mark Leonard #926523. Leonard was being held at Wabash Valley Correctional Facility in southwest Indiana but..

(2/4) was transferred earlier to an Indianapolis hospital. The department can confirm the next of kin has been notified but cannot speak to the cause of death. IDOC can confirm an autopsy will be ...

(3/4) ...be conducted tomorrow by the Marion County coroner. IDOC earlier this week had placed offender Leonard on imminent death watch.

John Longworth, whose son Dion Longworth and daughter-in-law Jennifer Longworth were killed in the explosion, told RTV6 the news of Leonard's death brought up mixed emotions.

“It was a bit of a shock, but it’s also a relief for those of us in the family and, I suspect, many of the others involved," Longworth said. "It’s sad for somebody to have lived a life like he must have lived, and it’s hard to understand, but it’s the way things go."

Longworth has continued to have nightmares since the night of the explosion. He even woke up with one Tuesday morning. He hopes Leonard's death may help ease those.

“When they released the verdict and sentenced him to life in prison, there was a relief that that part was gone," he said. "This was a relief again. It did feel like something was lifted just a little bit, but it doesn’t bring Dion and Jennifer back and doesn’t undo the damage that happened to so many people."

"I take no pleasure in today’s news," she said. "I had a part in holding Mark Leonard accountable for his crimes against the people of the Richmond Hill subdivision and our State. He received a life sentence and that sentence has been served."

Before his death, attorneys for Leonard had attempted, unsuccessfully, to appeal his sentence, most recently meeting with failure before the Indiana Supreme Court in May 2017.

Aside from Leonard's brother, three other suspects in the case are currently serving time behind bars. Shirley, who avoided a life sentence in a plea deal, was sentenced in December 2016 to the maximum sentence of 50 years in prison.

Gary Thompson, who helped with the first two unsuccessful attempts to blow up Shirley’s house, pleaded guilty on Dec. 2, 2016, to conspiracy to commit arson and was sentenced to 20 years in prison.

Glenn Hults, who knew of the scheme and kept Shirley’s daughter Brooke out of the house, pleaded guilty on Dec. 28, 2016, to one count of assisting a criminal. He was sentenced to 3 years in prison.

IDOC officials said Leonard died of natural causes. An autopsy to determine the exact cause of death was scheduled for Tuesday morning in Marion County.