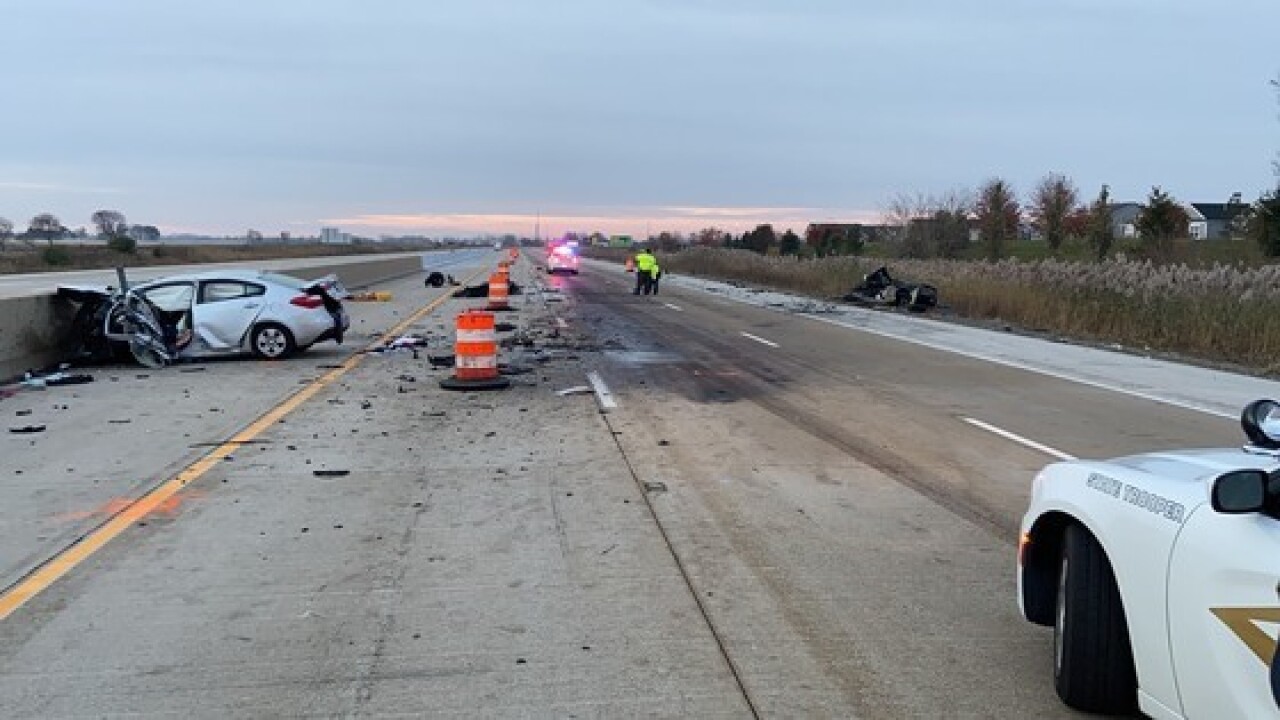 Two people are dead and one is injured after a motorist traveling the wrong way on Interstate 65 in northwest Indiana hit another car head-on.

Indiana State Police said the crash occurred early Sunday morning and alcohol is believed to be a factor.

Authorities received a report of a wrong-way driver heading north in the southbound lanes of I-65 at mile marker 247 in Lake County after entering from the wrong ramp at State Road 231 just after 1:30 a.m. Sunday.

The drivers of both cars died, while the passenger of the vehicle that was struck was transported to a hospital and is expected to survive.

A preliminary investigation determined the driver of a silver 2015 Kia, Anna R. Warner, 21, of Beaverville, Ill., was in the center lane going north in the southbound lanes. Warner struck a 2015 Chevrolet Corvette head-on that was driving southbound in the center lane. State police said the inside lane was closed at the time of the crash for construction.

The driver of the Corvette, identified as Suhail Saif Suhail Humaid Alderei, 20, was pronounced dead at the scene. Warner was transported to Franciscan Health in Crown Point where she died of injuries suffered in the crash.

Indiana State Police say Alderei's family resides in the United Arab Emirates and he was an exchange student attending IUPUI in Indianapolis.