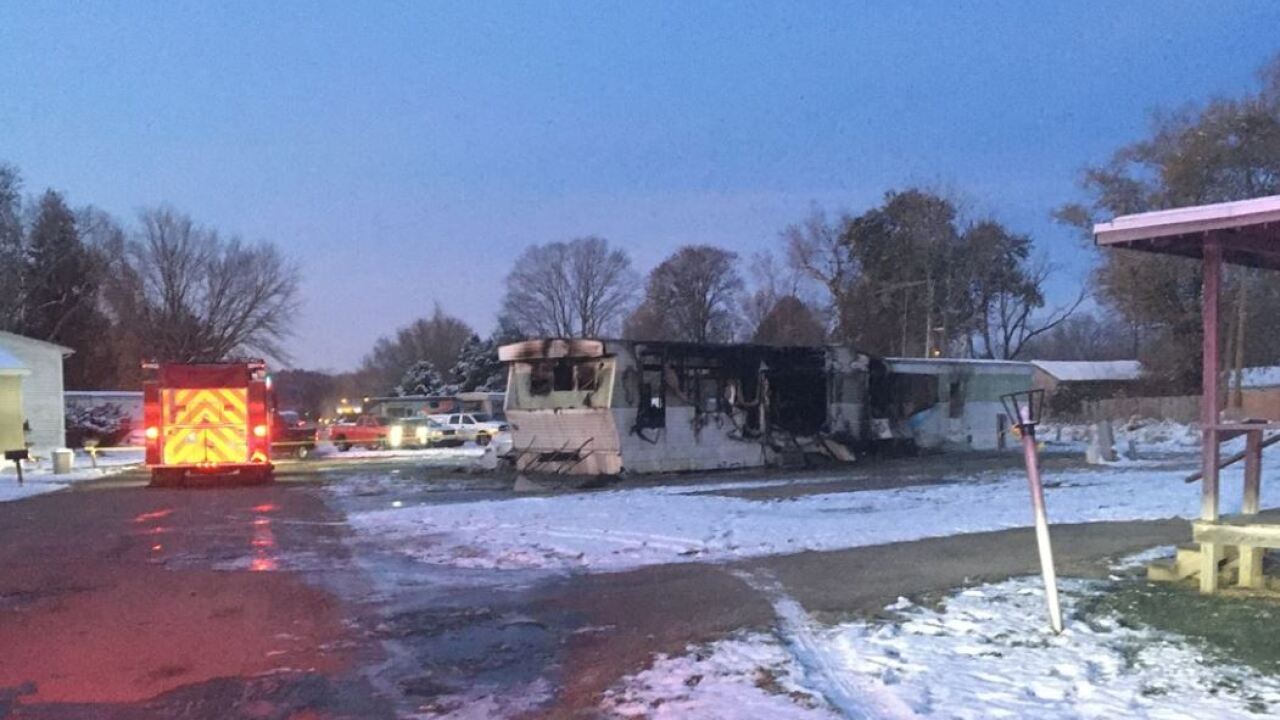 MARTINSVILLE — Two of the three people who died early Wednesday morning in a mobile home fire have been identified.

David Fouts, 39, and Melissa White, 40, both of Martinsville, died in the fire, according to information from Morgan County Coroner Annette Butcher.

Butcher said she expects the third victim will be identified by Saturday.

Martinsville Fire Department crews were called to the fire around 1:30 a.m. Wednesday in the 30 block of South Otter Drive.

Firefighters discovered three bodies inside the mobile home after the fire was extinguished.