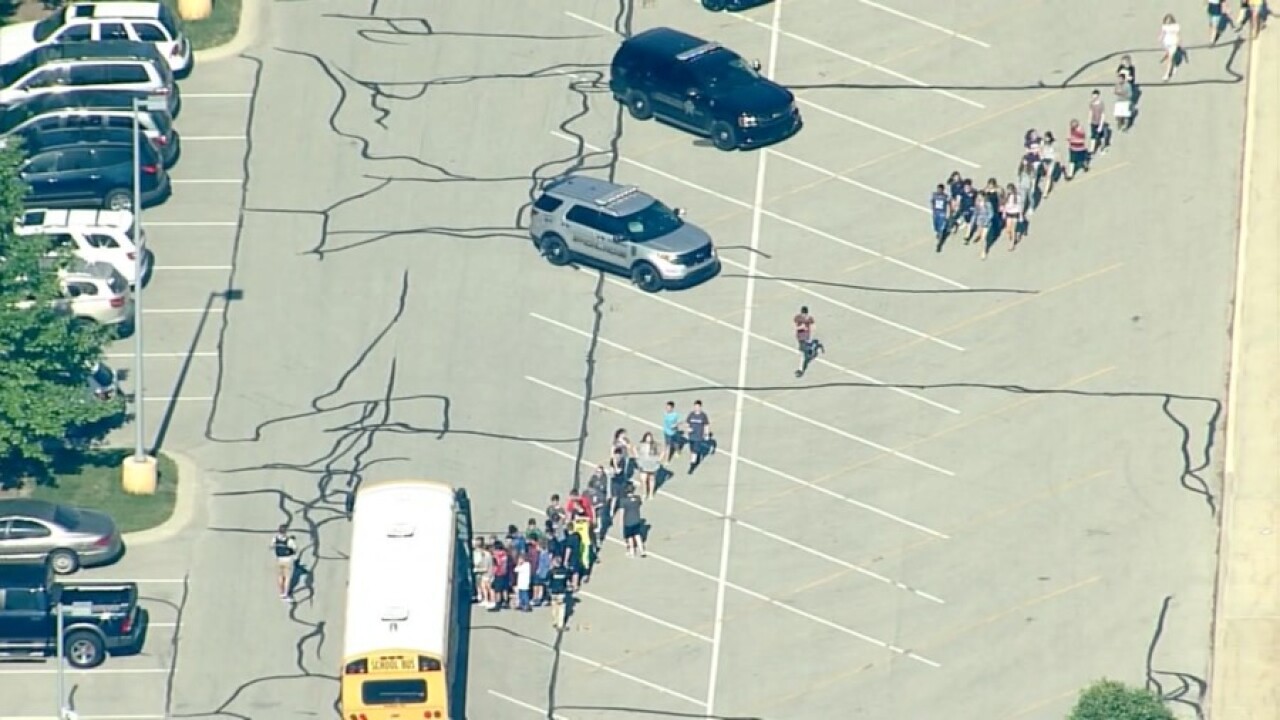 INDIANAPOLIS — It was a busy year across Indiana. As 2018 draws to a close, we look back at some of the most read stories of the year.

The stories evoked a range of emotion from fear and anger to sadness.

They were high-impact stories from the school shooting at Noblesville West Middle School to a triple fatal school bus crash in northern Indiana. These were among the most read stories of the year.

Gunshots rang out at a Hamilton County middle school toward the end of May. Law enforcement converged on Noblesville West Middle School on May 25 after a male student opened fire.

Two people — 7th grade teacher Jason Seaman and 13-year-old classmate Ella Whistler — were shot. Both survived. The situation could have been worse, however, Seaman was able to wrestle the juvenile suspect to the ground.

3 siblings killed getting on school bus in Fulton County

Tragedy struck for a northern Indiana family at the end of October. Three siblings in Fulton County were struck by a vehicle and killed early Oct. 30 as they were attempting to cross a rural stretch of County Road 25, northeast of Rochester. A fourth child was critically injured but survived.

Alivia Stahl, 9, and her twin brothers, Xzavier and Mason Ingle, 6, were pronounced dead at the scene. The twins and their sister all attended Mentone Elementary School in the Tippecanoe Valley School District.

The driver of the vehicle that struck and killed the children, Alyssa Shepherd, 24, of Rochester, is facing three felony counts of reckless homicide in Fulton Superior Court in connection with the crash.

THE STORY | 3 siblings hit, killed while crossing the street to get on the school bus in Fulton County

In August, Shelly Fitzgerald, a guidance counselor at Roncalli High School in Indianapolis said she was given a choice to resign or 'dissolve' her marriage after she claimed school administrators were told she is married to another woman.

Fitzgerald said school's chief administrator and the principal told her she had three options — resign, 'dissolve' her marriage or "wait it out and stay quiet and maybe I can make it the rest of the year, but they will not renew my contract next year."

The story prompted shows of support for Fitzgerald.

In July, nine members of an Indianapolis family were killed in a duck boat incident near the popular tourist destination of Branson, Mo.

There were 11 members of Tia Coleman's family aboard the boat on Table Rock Lake when a storm blew through with winds as high as 65 mph. A total of 17 people were killed when the boat capsized and sank in the storm.

Tia Coleman's husband, Glenn, and three children, Reece, Evan and Arya, were killed in the incident along with five other family members. Tia and a nephew were the only members of the Coleman family to survive.

In March, Boone County Sheriff's Deputy Jacob Pickett, 34, was shot and later died while attempting to assist Lebanon police with a pursuit of a wanted individual.

At least one other law enforcement officer on the scene returned fire, striking one of the suspects.

A 2002 graduate of Brownsburg High School, Pickett left behind a wife, Jen, and boys, ages 3 and 4. He had been with the Boone County Sheriff's Office for three years.

THE STORY | Boone County deputy shot during pursuit identified, will not survive his injuries

In August, RTV6 brought you the story of a woman who was caught on video attacking her neighbors with yard signs.

Three days after RTV6 first shared a neighbor's video of Vicki New tearing up the signs, hitting them and threatening to kill neighbors, police arrested her.