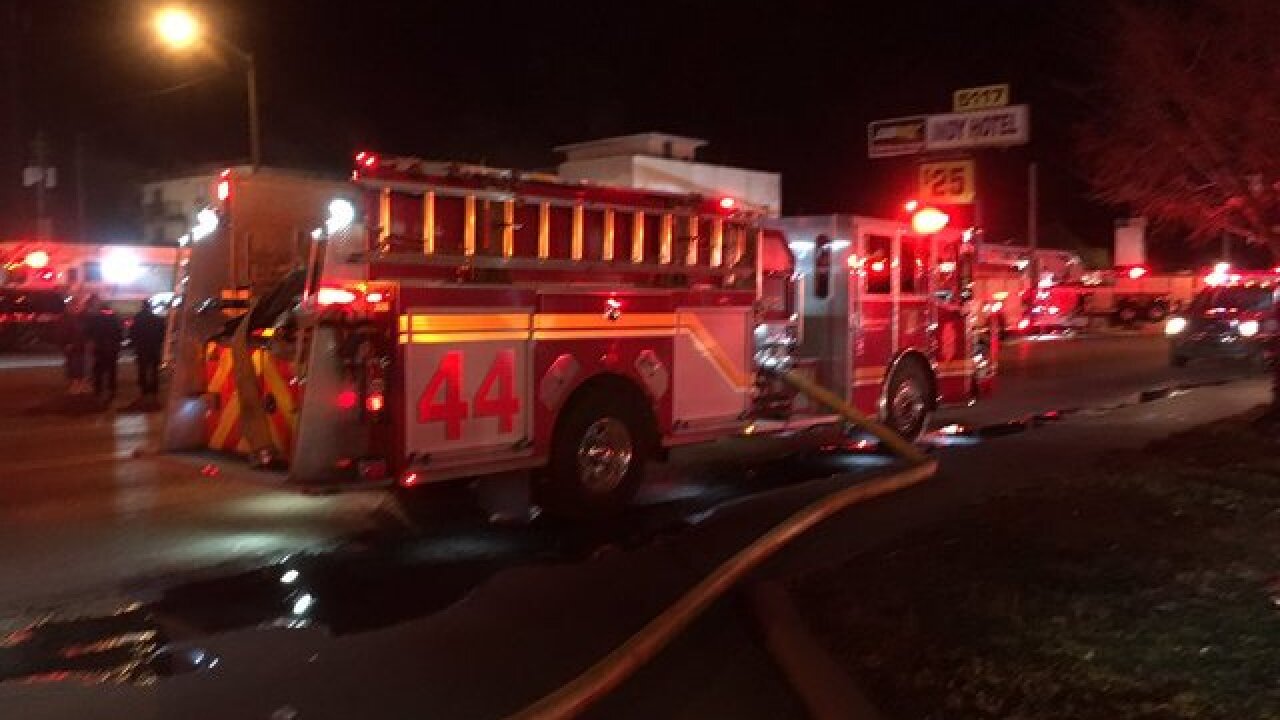 INDIANAPOLIS -- One person died Saturday from his injuries following a hotel fire on Indianapolis' northeast side.

The fire started in the basement of Indy Hotel, located at the intersection of 38th Street and Emerson Avenue, around 3:30 a.m. on Wednesday.

It took about an hour for firefighters to get it under control.

"The room was filled with smoke," a woman who escaped the fire said. "We opened up the door, and we couldn't see to get out. ... Everything is gone. Everything. I don't know what to do. I mean, what does a person do? ... There were children in there. The place was full. I just need to know everybody got out OK."

Of the six people taken to nearby hospitals, one was in critical condition.

That man, Al Curtis Williams, is the sixth fire-related death in the IFD district in 2016.

The status of the others is unknown. For the 40 people evacuated from the hotel, fire crews called in an IndyGo bus to keep the people warm.

@IndyGoBus being used to warm ppl displaced by Indy Hotel fire on 38th & Emerson. Many kids, others without coats in freezing cond. @rtv6 pic.twitter.com/bFXFzigqWb

A firefighter on the scene said the fire caused about $80,000 in damage. Investigators didn't know what caused the fire.

Call 6 Investigates looked at inspection reports for the hotel and found citations over the past few months for fire safety issues: