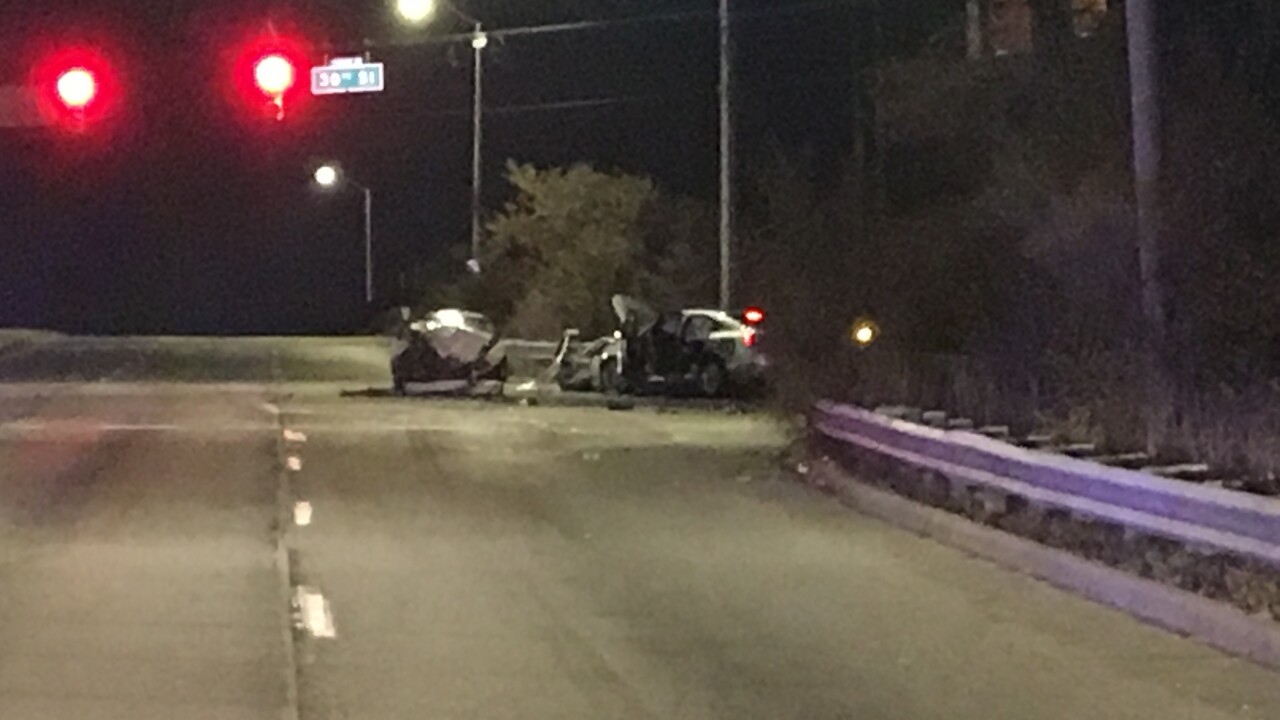 Dave Franklin/RTV6
A police chase ended in a crash on Friday, Nov. 8, 2019, on the east side of Indianapolis.

INDIANAPOLIS — Five people were injured Friday evening when a police chase ended in a crash on the east side of Indianapolis.

Indianapolis Metropolitan Police Department public information officer Genae Cook said the driver of an allegedly stolen vehicle is in critical condition, while two passengers are in serious condition and another suffered minor injuries after the driver ran a red light and hit another car at the intersection of East 30th Street and North Emerson Avenue.

The other car was hit on its passenger side, and its driver suffered minor injuries.

Cook said police spotted the vehicle and tried to stop it, but the driver kept going. The person was driving north on Emerson Avenue when they ran a red light and collided with the other vehicle at the intersection of East 30th Street and North Emerson Avenue.

The crash is still under investigation.