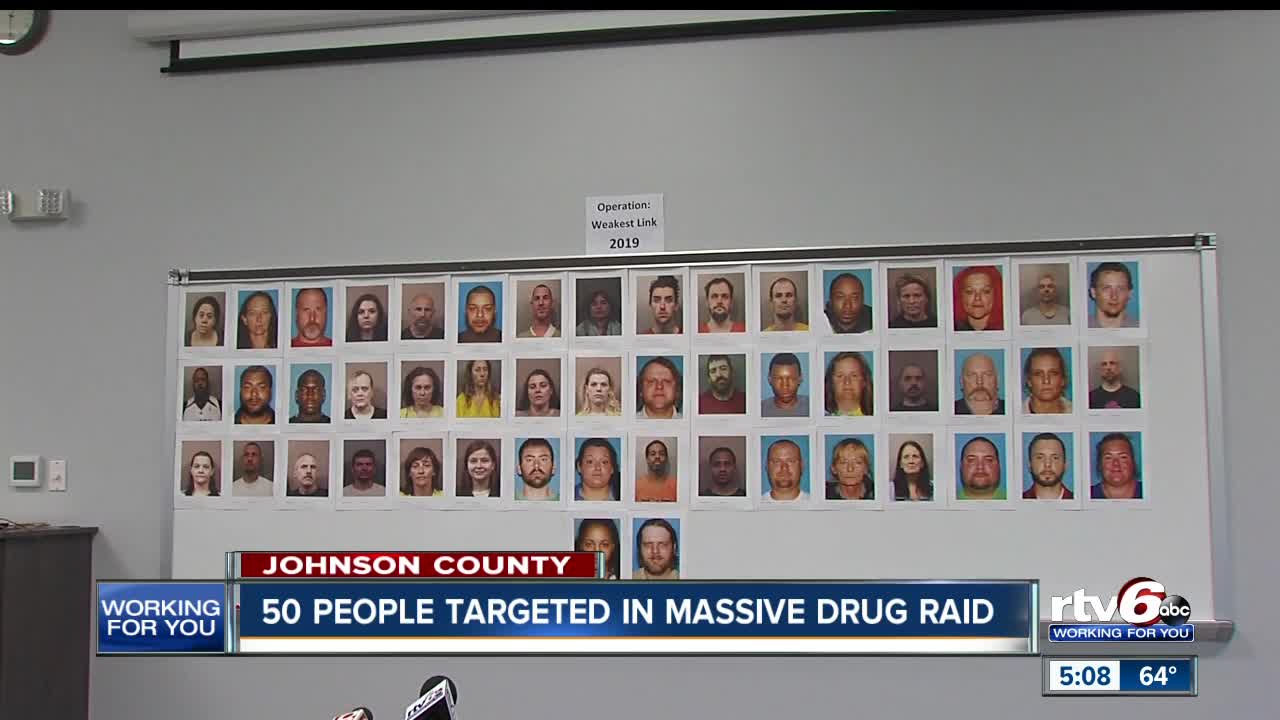 During a press conference held by the Johnson County Sheriff's Office, Franklin Police Department and the Johnson County Prosecutors Officer on Thursday afternoon, local and federal law enforcement officials served 50 warrants to suspects. The suspects ranged from the age of 20-years-old to 62-years-old.

Twelve of the suspects are from Indianapolis, 12 from Franklin and six are from Greenwood. Forty-nine of the fifty suspects are charged with a drug-dealing offense.

Investigators say this raid focused on the dealers and not the users. Police say these are the people "peddling the poison," so there is a sense of urgency to get them off the streets of Johnson County.