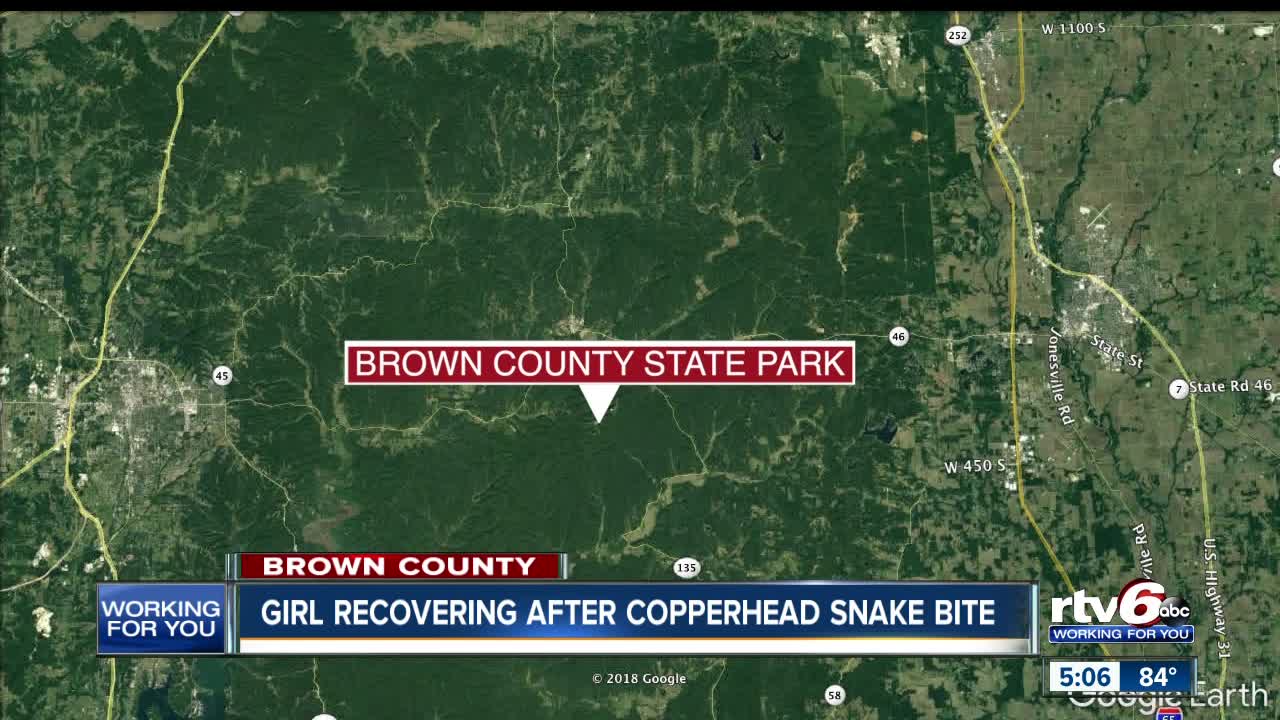 A young girl is recovering after a copperhead snake bit her at one of the most popular state parks in Indiana. 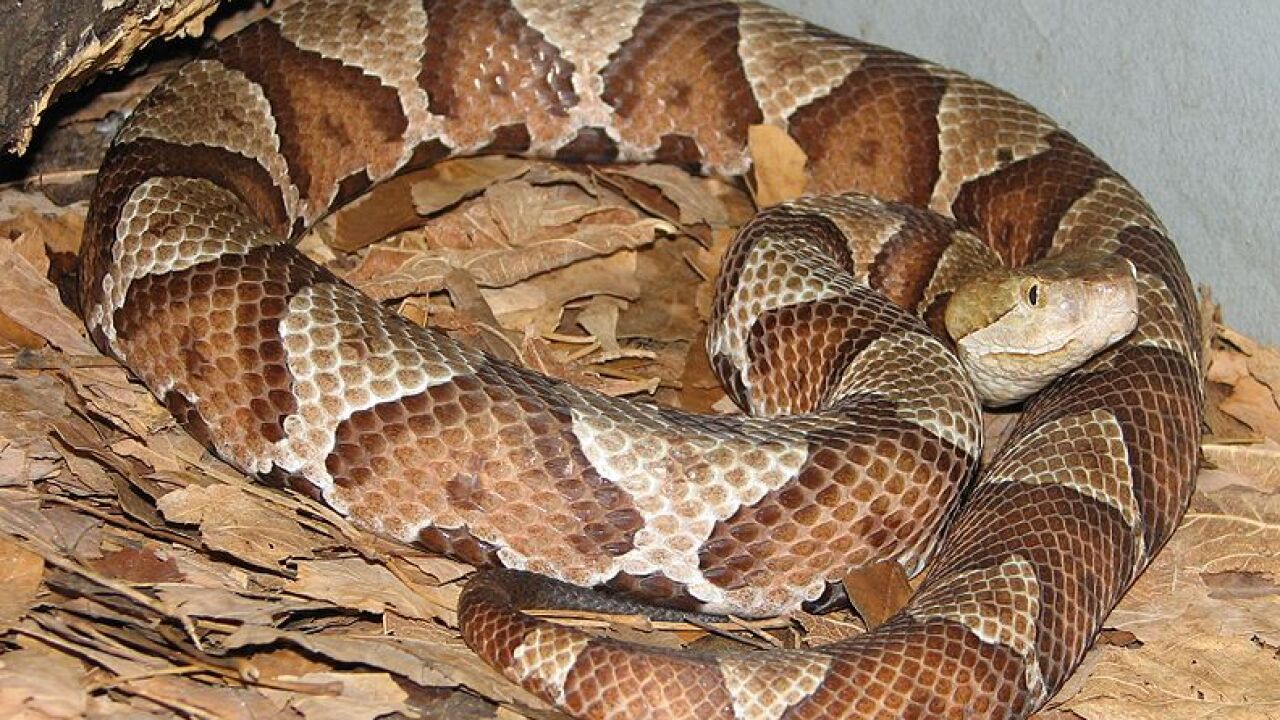 NASHVILLE — A young girl is recovering after she was bit by a copperhead snake at Brown County State Park on Saturday evening.

The Indiana Department of Natural Resources says the 7-year-old was playing with other children at her campsite when she ran into the wood line and was bitten. When the girl started complaining about her leg hurting and the pucture wounds on her ankle, her father checked the area and saw a snake.

DNR employees attempted to catch the snake but the heavy foliage allowed it to escape, officials say.

"While rare, there have been other copperhead bites in the park and they have ahd the same common factors," DNR said in a release sent out Monday morning. "They have occurred after dark and the person involved was not using a flash light in a poorly lit area."

Copperheads generally feed on small rodents and have some of the least venomous bites of any venomous snake. DNR says Hoosiers should also be aware that it is illegal to kill snakes on Indiana State Parks properties.

DNR also offers the following list of things to consider in order to prevent snake encounters: