A safer crosswalk on the way for Columbus 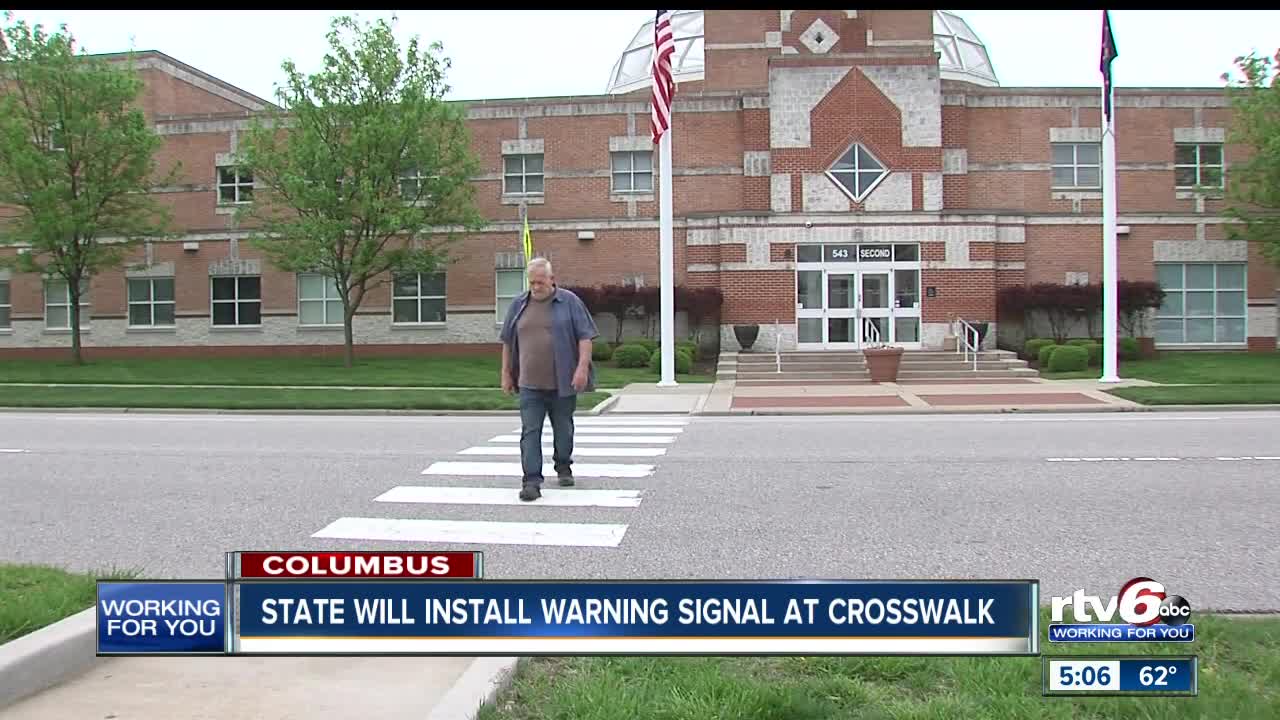 Just two days after RTV6 reported on safety concerns surrounding a pedestrian crosswalk in downtown Columbus, the Indiana Department of Transportation says it will install a warning signal. COLUMBUS — Just two days after RTV6 reported on safety concerns surrounding a pedestrian crosswalk in downtown Columbus, the Indiana Department of Transportation says it will install a warning signal.

The crosswalk is on 2nd Street, which is also eastbound State Road 46, and it connects the Bartholomew County Jail with a parking lot across the street.

This week, Sheriff Matt Myers said the crosswalk is not safe for the many county employees and visitors who use it each day.

According to Myers, cars fly by the area and, in many cases, drivers don't notice people trying to cross the street.

Myers said an employee was hit by a car while crossing the street and that there have been 31 traffic accidents in nine years there.

Since 2nd Street is a state highway, INDOT has to make any safety improvements, and it will.

The state told the office of Columbus Mayor Jim Lienhoop Thursday that a warning signal will be installed later this year.

When a pedestrian pushes a button, a red signal will be activated stopping traffic and allowing a safer street crossing.

INDOT said it had been working toward a solution. "Our team has been in regular communication with the sheriff and Bartholomew County about the crossing. It's worth noting that INDOT added the existing crosswalk at this location at the request of the sheriff's department," the department said in a statement to RTV 6