At Butler University, a new Bulldog is about to take over

Blue IV gets the official collar at Hinkle game 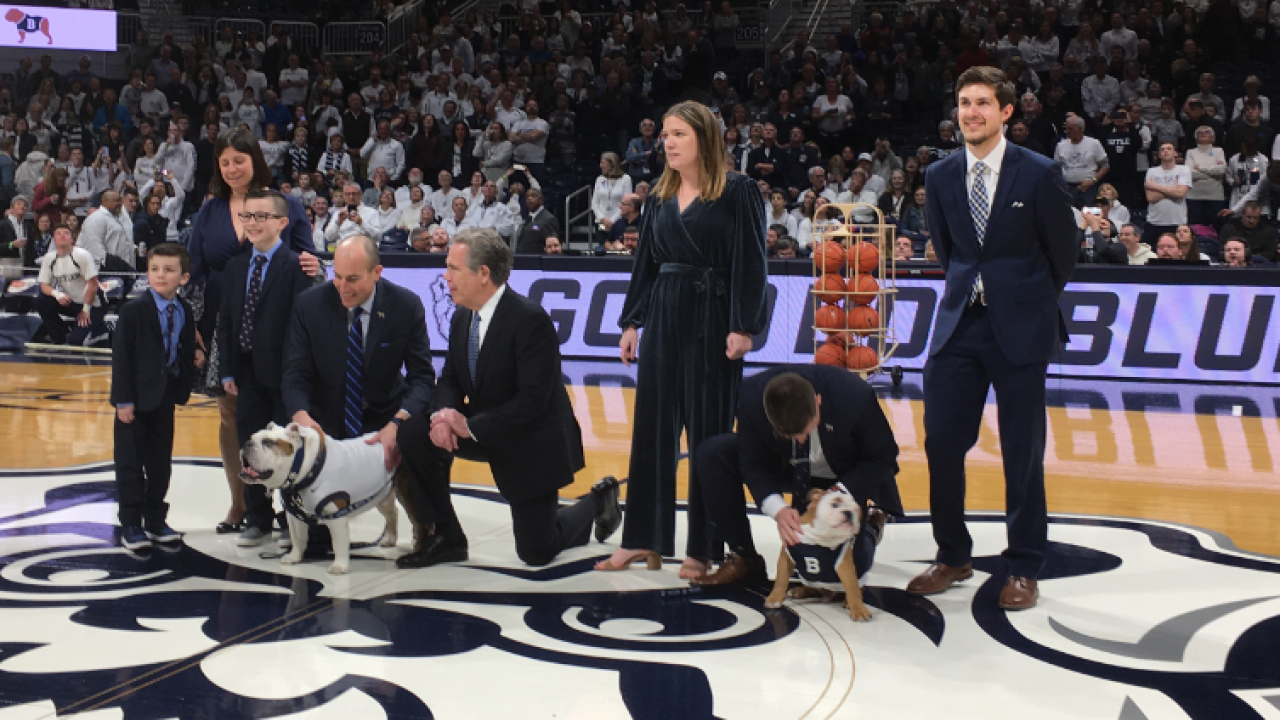 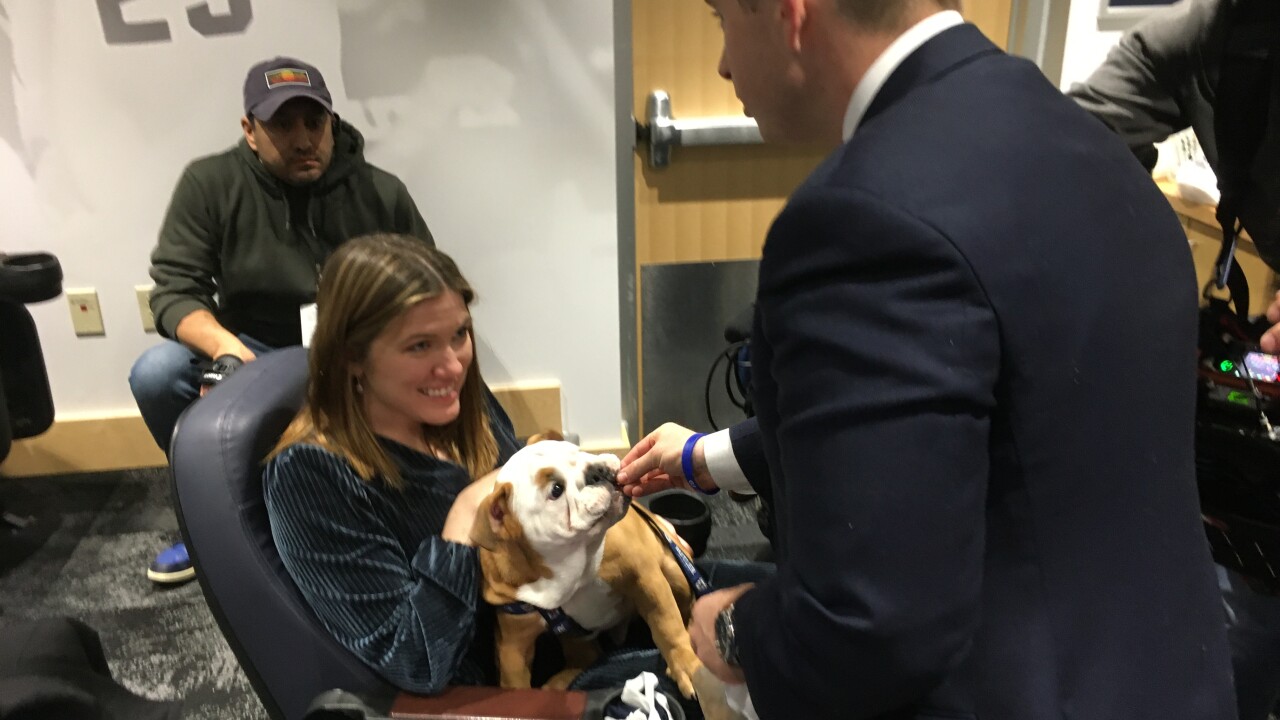 INDIANAPOLIS — Butler Blue IV is one step closer to becoming the big dog on the university's Indianapolis campus.

Prior to Saturday's Butler-DePaul basketball game at sold out Hinkle Fieldhouse, a "changing of the collar" ceremony took place between Butler Blue III (Trip) and incoming live mascot Blue IV.

Like his three predecessors dating back to 2000, Blue IV is an American Kennel Club-Registered English Bulldog. His handler and owner is Evan Krauss, who is taking over for longtime live mascot handler Michael Kaltenmark, who has led the mascot program for 16 years.

During the ceremony, Butler President James Danko took the custom collar created by Reis-Nichols Jewelers from Trip and placed it around the neck of Blue IV. "This is a special moment for us to not only look to the future of the live mascot program, but to celebrate the time and dedication that both Butler Blue III and Michael have put into it," said Krauss.

Over the last eight years, Trip has greeted thousands of Butler students on campus and has run down many bones at Hinkle to officially get basketball games started. His magic touch was present Saturday as Butler beat DePaul 60-42 for the Bulldog's 20th win of the season.