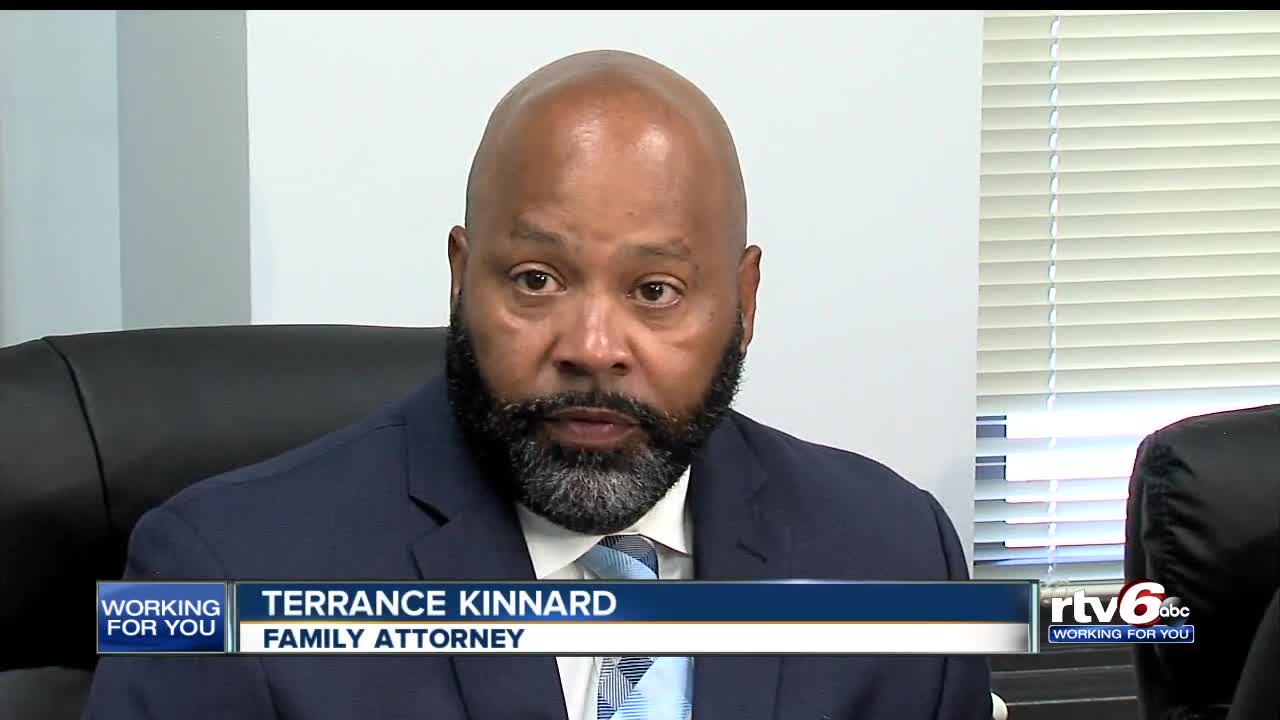 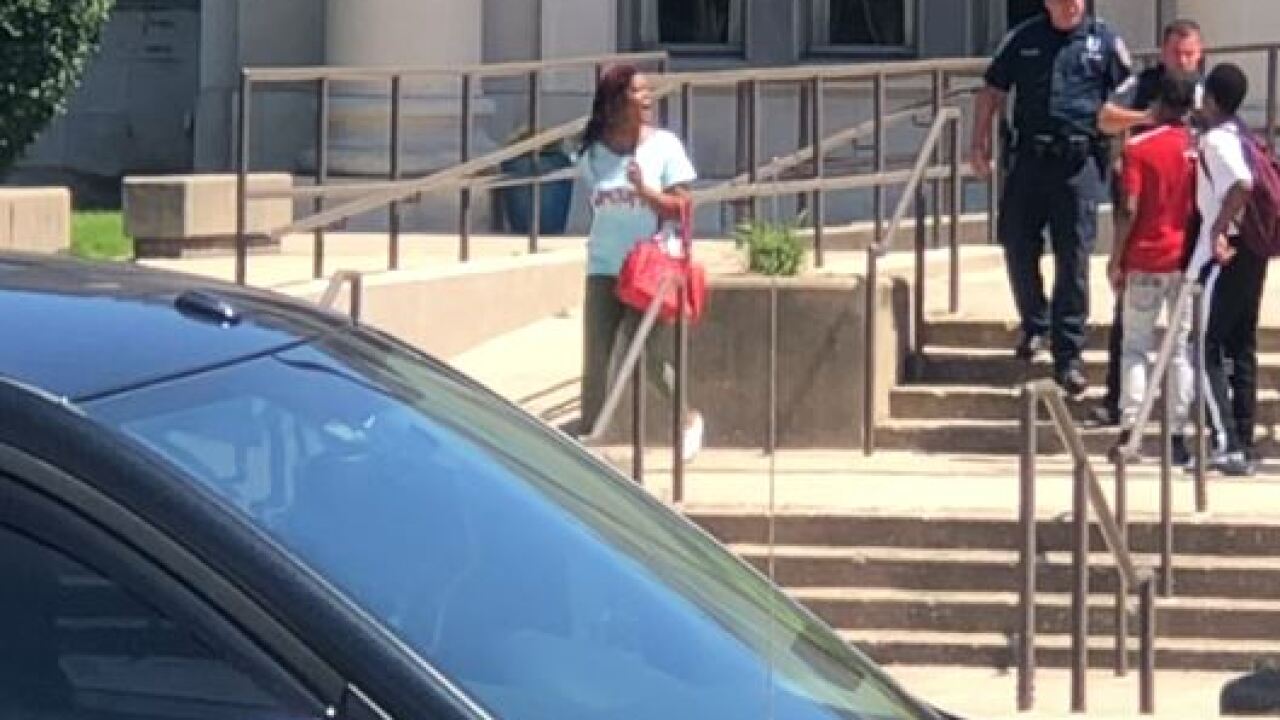 INDIANAPOLIS — An attorney hired by the family of a Shortridge High School student who appeared to be shown on video being struck in the face by an Indianapolis police officer spoke publicly on the issue Thursday in a press conference.

Sitting next to the teenager's guardian, Danielle Pointer, Terrance Kinnard said the situation was tense during the Aug. 29 altercation, but there was no reason for the officer to strike the 17-year-old student, referred to in court documents as A.W.

"No one made any aggressive remarks. No one was disrespectful to the officer," Kinnard said. "This was simply an unprovoked striking by an officer who, in my opinion, in our opinion, was not following his training and experience."

Kinnard said A.W. had been bullied at Shortridge and was assaulted during a passing period the day of the incident. The fight inside the school led to police being called. Outside the building, Lawson threatened to arrest Pointer, who was upset. A second student, D.P., who is related to A.W., began to record with his phone.

The lawsuit says A.W. approached Lawson with his arms at his sides when Lawson struck him in the jaw with a closed-fist punch. Lawson is then alleged to have put A.W. in a headlock and kneed him in the abdomen.

Video of the incident has circulated through social media over the past week and was also provided by Kinnard. Lawson was suspended without pay on Aug. 30.

"From the public viewpoint, they are aghast that children would be harmed in the place where they should be of the most safe environments that a child could be, and that is a school building," Kinnard said.

Kinnard said A.W. and D.P. have not returned to school and that A.W. is suffering from depression.

"He's not feeling his normal, happy-go-lucky self, because he truly believes that adults are authority figures and that he should follow the rule of law," Kinnard said. "He should follow commands by authority figures when they're reasonably given. And when he did exactly what his parents trained him to do, he was physically assaulted. He was kicked out of the school that he loves.

"He feels like all his hard work has been put in vain because here's someone he respected an authority figure and they provokingly attacked him."

Kinnard said he asked IPS for all surveillance videos recorded that afternoon and asked anyone else with footage to come forward.

The Indianapolis Fraternal Order of Police also released a statement Thursday saying it supports the review of the situation and asked community members to refrain from speculating about what happened.

“Appropriate review about the actions of everyone involved in this matter is underway," the statement read. "Collectively, we must ensure that all the facts are gathered related to any such incident. We value a full review and fair process for everyone involved and appreciate due diligence in gathering all the facts and circumstances surrounding this event.

"During this period, we ask that members of our community including various leaders and trusted voices refrain from speculation, conjecture or statements that may appear to prejudge or compromise the review process. In the interim, our Indianapolis police officers remain committed to protecting our city in ongoing service to our residents and visitors."