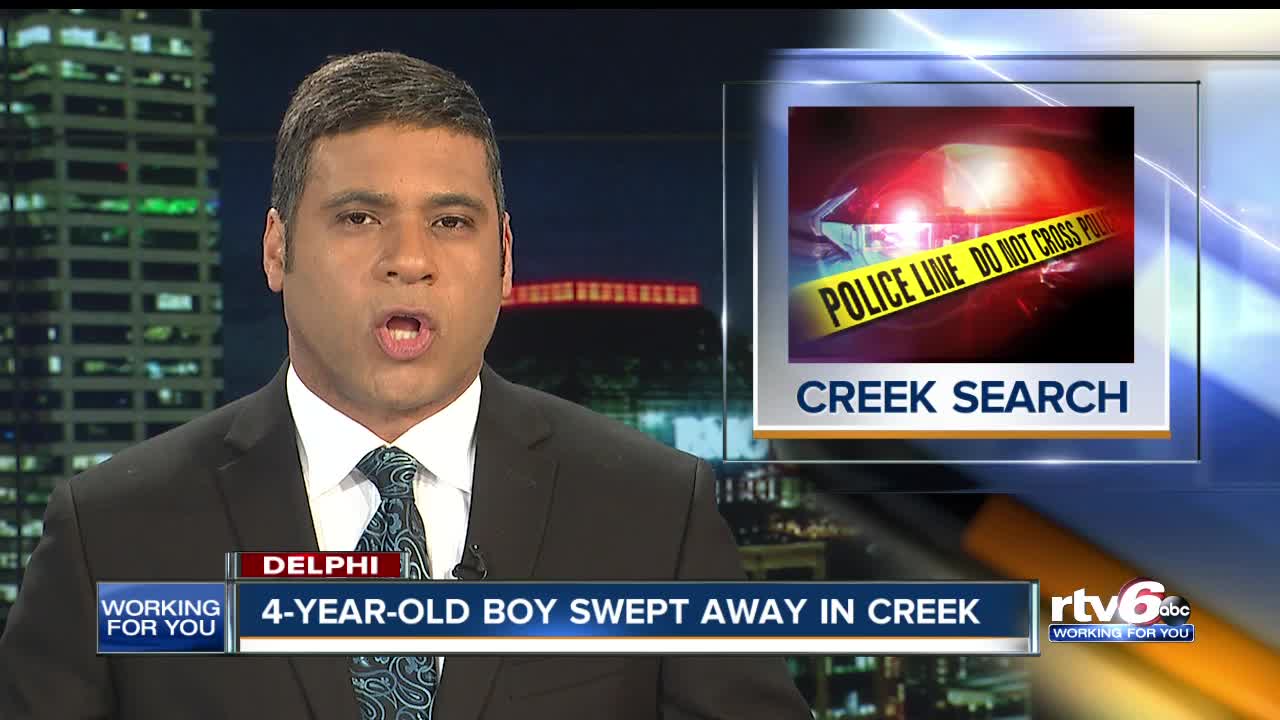 A child is still missing after he was swept away in a creek in Delphi.

DELPHI — Indiana conservation have returned to Deer Creek in Riley Park to search for a 4-year old boy who was swept away Thursday evening.

Lt. Dan Dulin of the Indiana Department of Natural Resources said children at Riley Park called Carroll County police around 6 p.m. after they saw the boy enter the water in Deer Creek before being swept away in the strong current.

The child was identified as Owen Jones from Monticello.

Conservation officers arrived and began searching, but the boy has not been found. Dulin said officers will continue to search until it becomes too dark and dangerous for them to continue.

Jones was last seen wearing a blue sleeveless shirt and blue shorts, according to the Indiana DNR.

Dulin said recent rain throughout the state has made waterways high and people should be cautious of playing in or near the water.

The search was suspended at dark Thursday evening when it became too dangerous for crews to continue and resumed Friday morning.