Autopsy on 8-week-old infant shows no signs of trauma 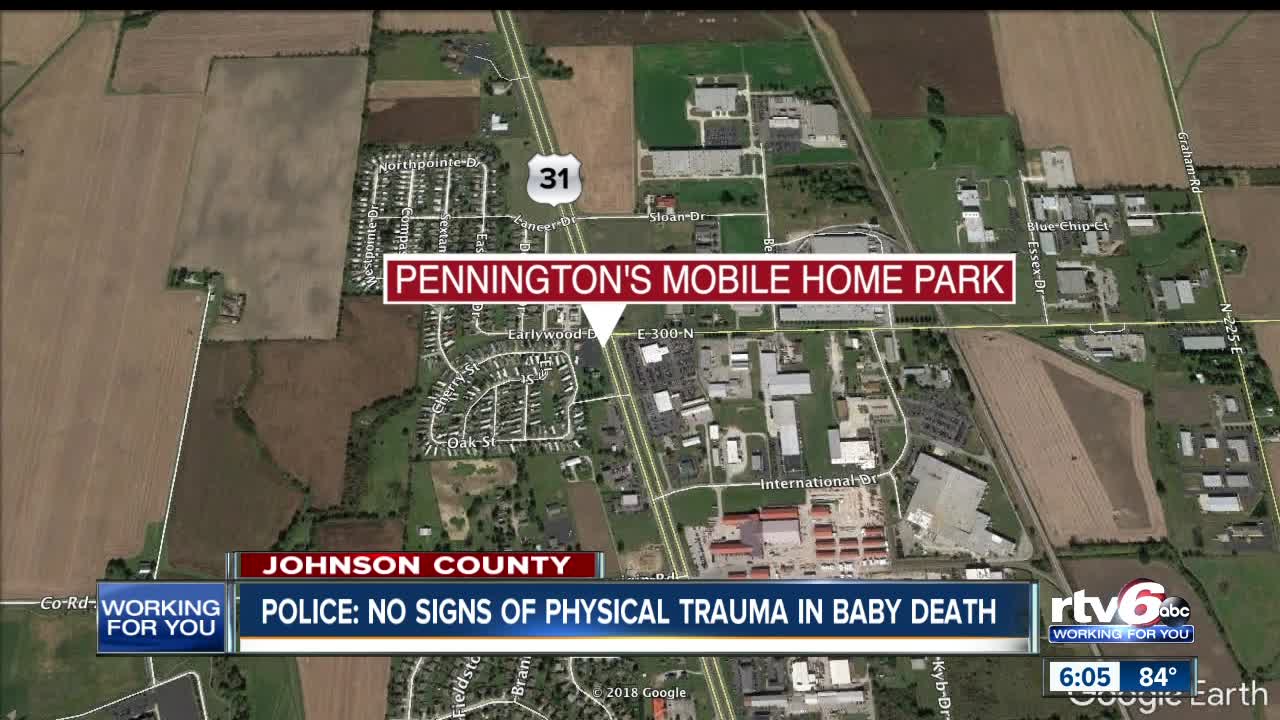 State police say an infant who died after being dropped off at a babysitter had no signs of physical injuries or trauma.

FRANKLIN — An autopsy on eight-week-old infant who died Tuesday after being dropped off at a babysitter showed no evidence of physical injuries or trauma, according to Indiana State Police.

State police said detectives are continuing their investigation into the child's death.