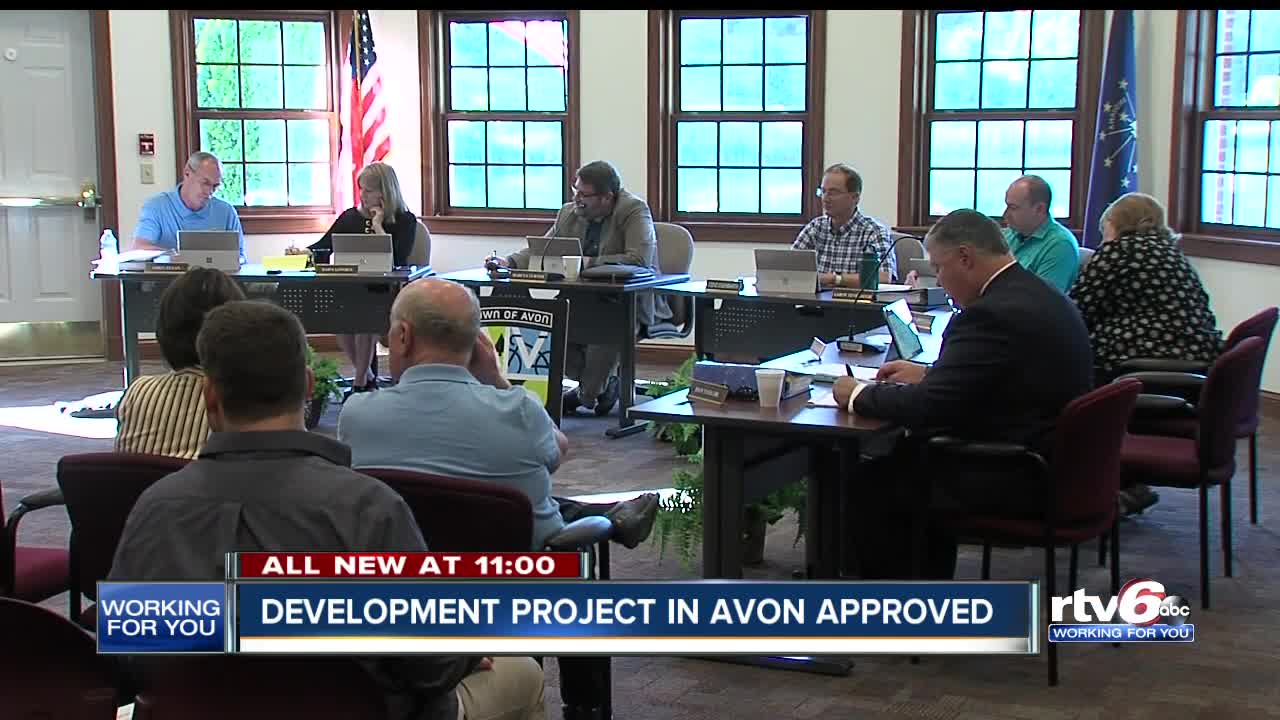 The Avon Town Council voted in favor of a major new project.

On Thursday evening, the Avon Town Council approved the development on Dan Jones Road, near Avon North Middle School, will include apartments, a senior living center and storage units.

Several neighbors are not happy with the decision because they're worried about property values declining.

"Brand new developments are not good for people who have an investment in their home," Lowell Jackson said. "They keep them up, they keep the yard mowed, they put gardens in."

Some people at the meeting spoke in favor of the project.