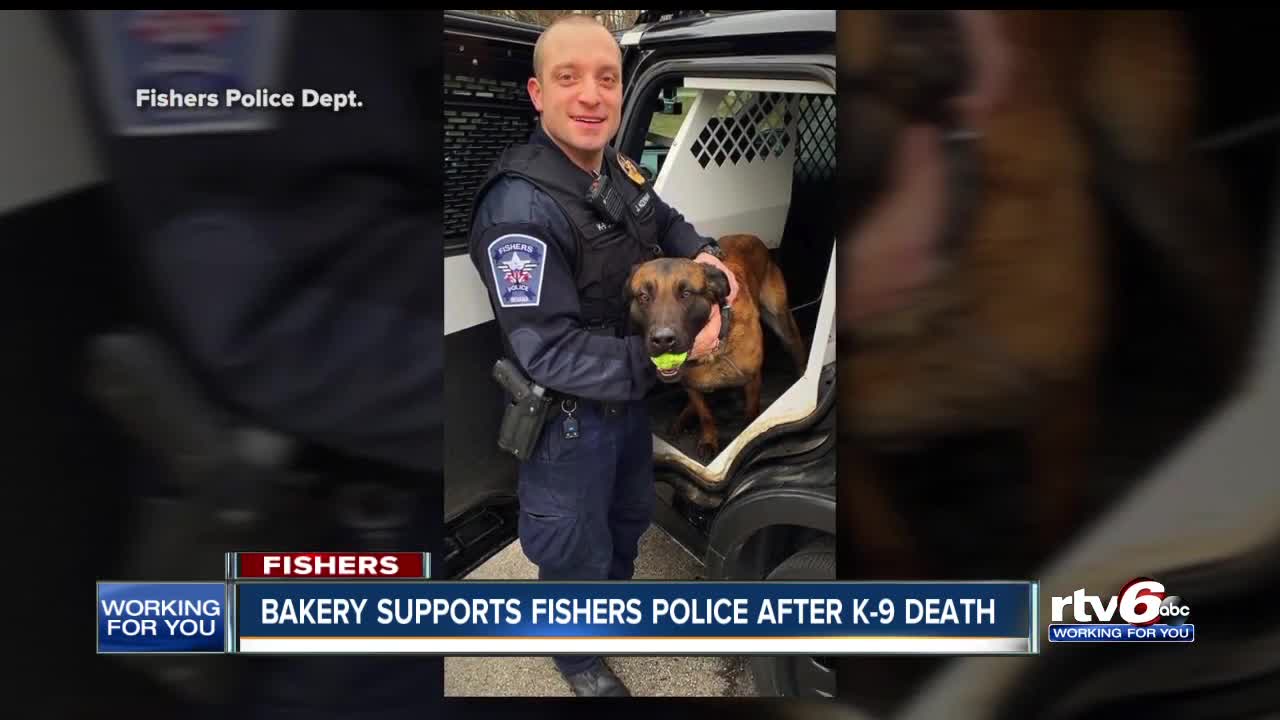 Taylor's Bakery sold dog treats for $10 a bag with 100% of proceeds going directly to Fishers police following the death of K-9 Harlej.

FISHERS — Businesses are continuing to step up and support the Fishers Police Department after the death of one of their K-9 officers this week.

K-9 Harlej was killed during a manhunt for two suspects early Wednesday morning.

On Saturday, Taylor's Bakery in Fishers started selling dog treats for $10 a bag with 100% of the proceeds going directly to Fishers police.

The bakery had such an overwhelming response that it ran out of the treats and had to start making more.

Owner Drew Allen said Harlej's death has hit the community hard and people want to help any way they can.

"It's amazing, very powerful. Officer (Jarred) Koopman was in. To see him with his wife and two kids and to realize Harlej was protecting him to get home to his family, very powerful," Allen said.

Taylor's Bakery is running the special through next week. After making more treats Saturday, they should be back in stock.

The public is invited to attend the memorial service for Harlej from 6-7 p.m. Wednesday at the Fishers High School gymnasium on Promise Road. Harlej had been with the Fishers Police Department since 2015.