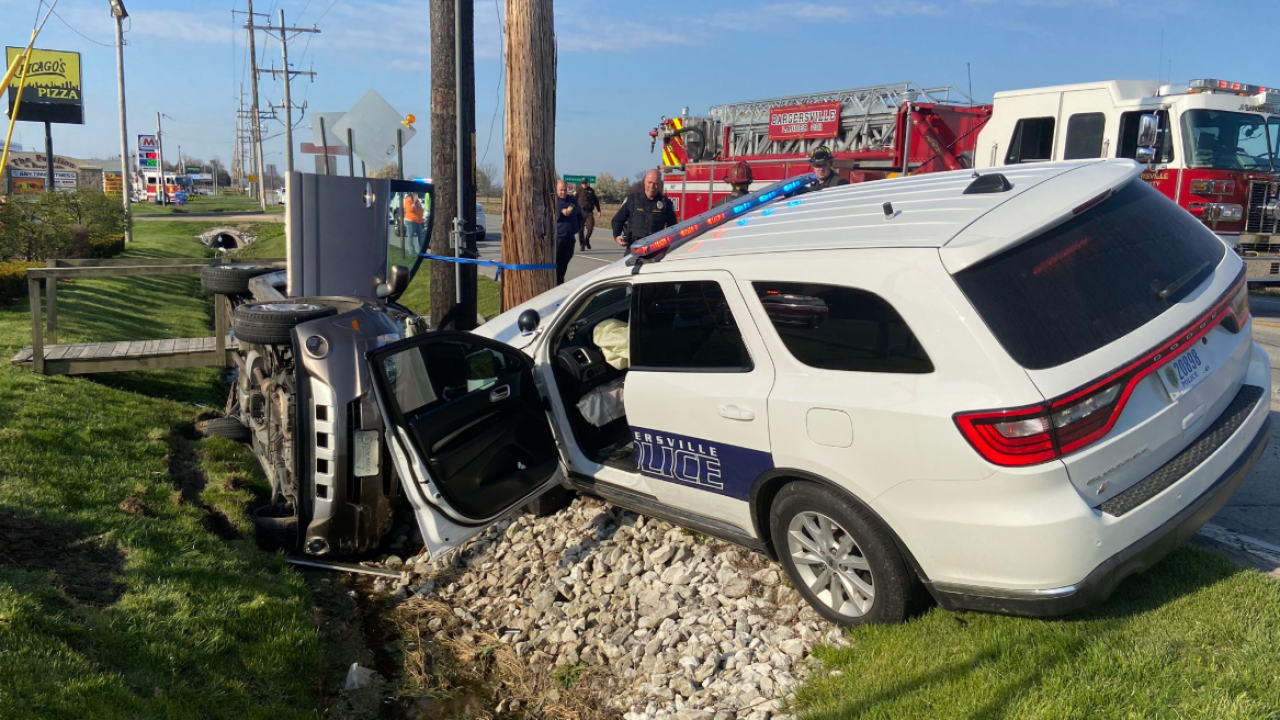 BARGERSVILLE — A Bargersville police officer and another driver were injured after a crash Friday evening, according to the fire department.

Bargersville Fire Department crews and emergency personnel were called to the area near State Road 135 and Village Road on the reports of a crash with people trapped inside at least one of the vehicles, according to a tweet from the fire department.

The Bagersville Police Department officer was responding to a motorcycle crash when they were involved in the crash, BFD Deputy Fire Chief Mike Pruitt said.

The driver of an SUV and the officer suffered minor injuries in the crash and were taken to the hospital, according to the tweet.