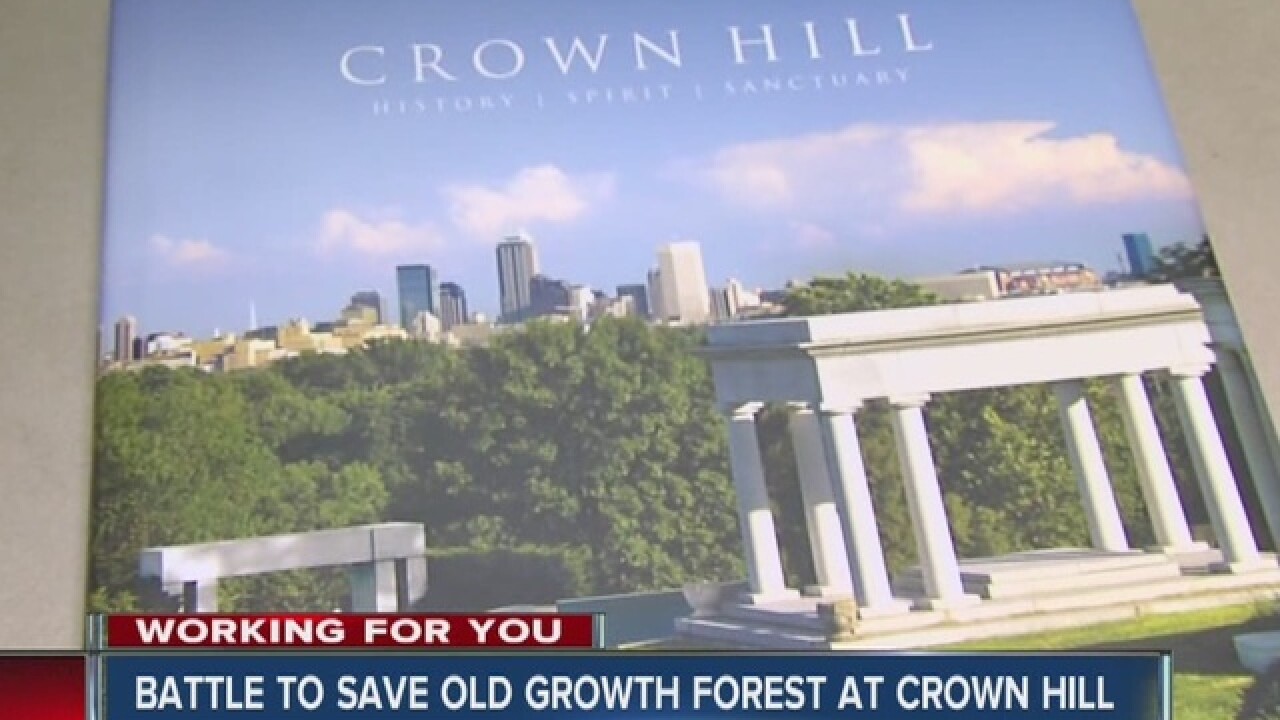 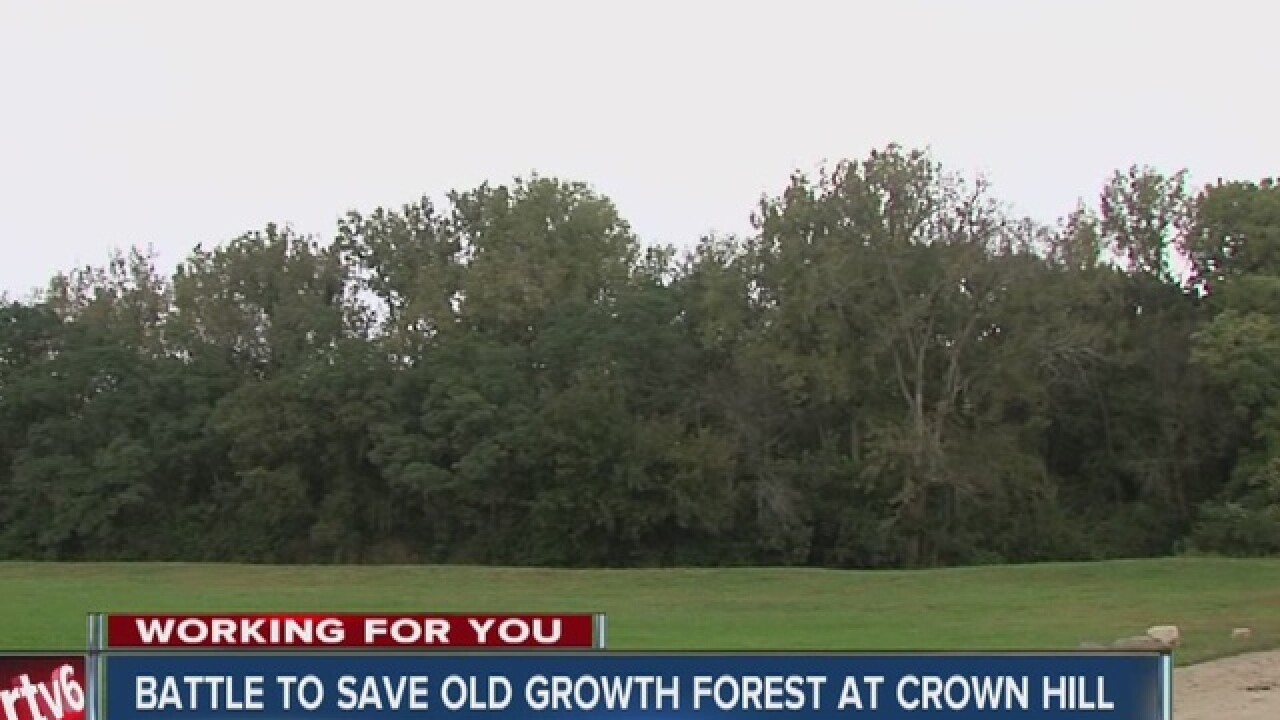 INDIANAPOLIS -- Environmentalists are concerned with a proposal that would turn the north woods at Crown Hill, into a veterans cemetery, destroying what they call an ‘old world’ forest.

The Department of Veterans Affairs purchased the 14.75 acres from Crown Hill Cemetery. They plan turn it into a veterans cemetery for cremated remains.

But environmentalists are concerned about saving the forest, which they say is one of the oldest in the city.

A 380 page book published about Crown Hill talks about how special those woods are, saying that it is home to over 47 species of native trees.

Jeff Stant of the Indiana Forest Alliance says their group is passionate about the preservation of the forest.

“It would be a tragedy to wipe out the only old word forest pre-settlement forest left in inner-city Indianapolis,” said Stant. “One of a handful in the whole state to put a cemetery here. When you could honor the veterans by putting their cemetery next to this and naming that forest after veterans.”

The VA says they are well aware that people are upset with their plan, and they’re working on ways to make everyone happy.

“We’re moving with the plan,” said Glenn Powers, Deputy Under Secretary for Field Programs of National Cemetery. “But right now, because of the concerns we are talking with the community and evaluating which trees can be salvaged and which can be incorporated into the design.”