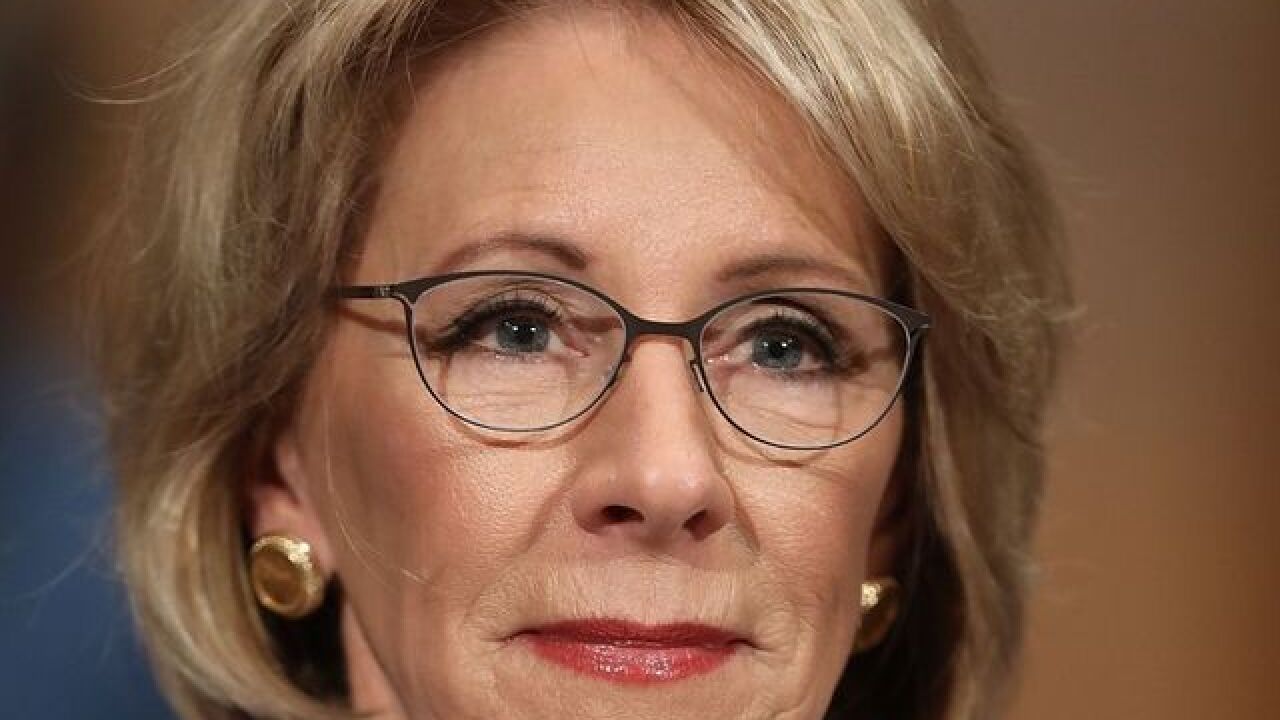 DeVos is scheduled to speak at The American Federation for Children to reveal the Trump administration’s plan for a federal investment in school choice.

She is also expected to give details on a tax credit scholarship proposal, which if passes could give billions of dollars to working class families to help them pay for private education.

DeVos previously served as the chairwoman of The American Federation for Children, where she advocated for tax credits and scholarships.

The Trump-DeVos agenda threatens to shrink, rather than expand, students’ chances for success.

She came into office with an intention to promote voucher programs nationwide, as she did here in Indiana through her political action committee the American Federation for Children, which used $1.3 million in political contributions to expand private school vouchers, private school tax credits and charter schools.

Championing budget cuts to public education robs communities of the resources needed to provide students with a well-rounded curriculum, one-on-one attention and support services, such as health care and after-school programs. More than 90 percent of Hoosier kids attend public schools and they deserve the resources necessary to succeed.

As Congress contemplates the Trump-DeVos education budget, I urge them to listen to educators and parents – the real experts on what our public schools need.

On Tuesday, Jeb Bush is expected to visit Indy as well where he will keynote a luncheon hosted by The American Federation for Children.