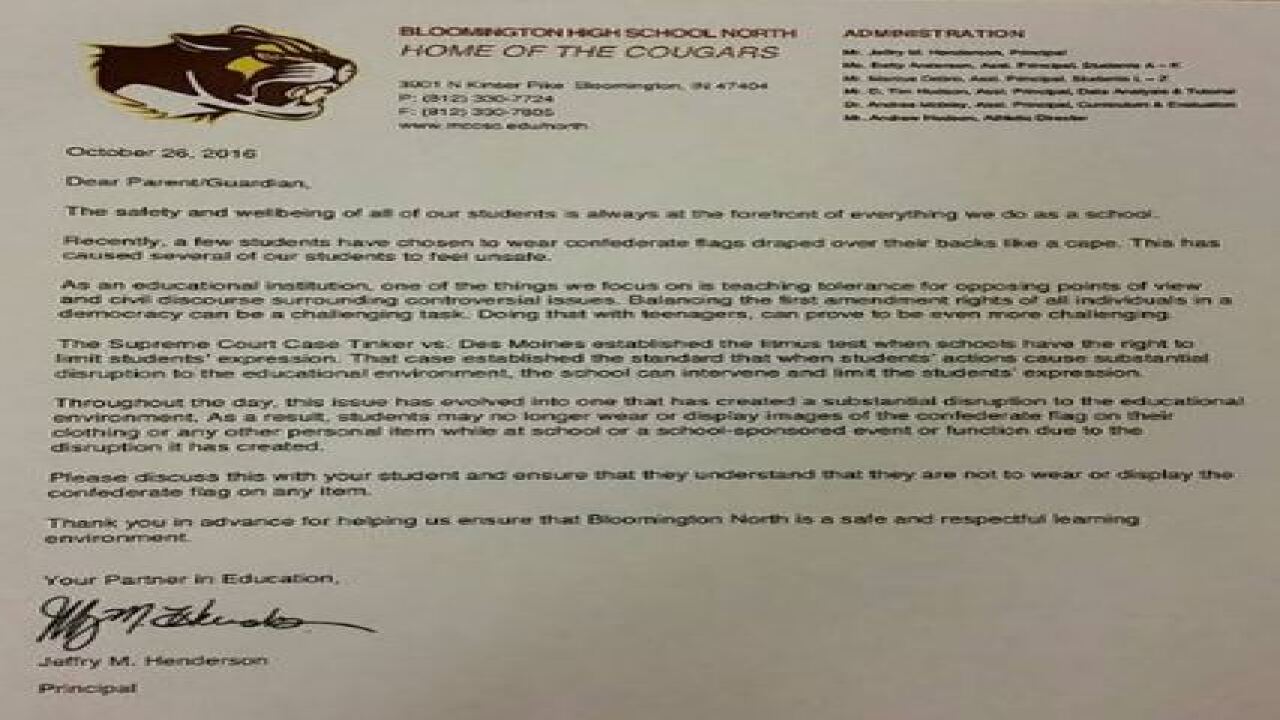 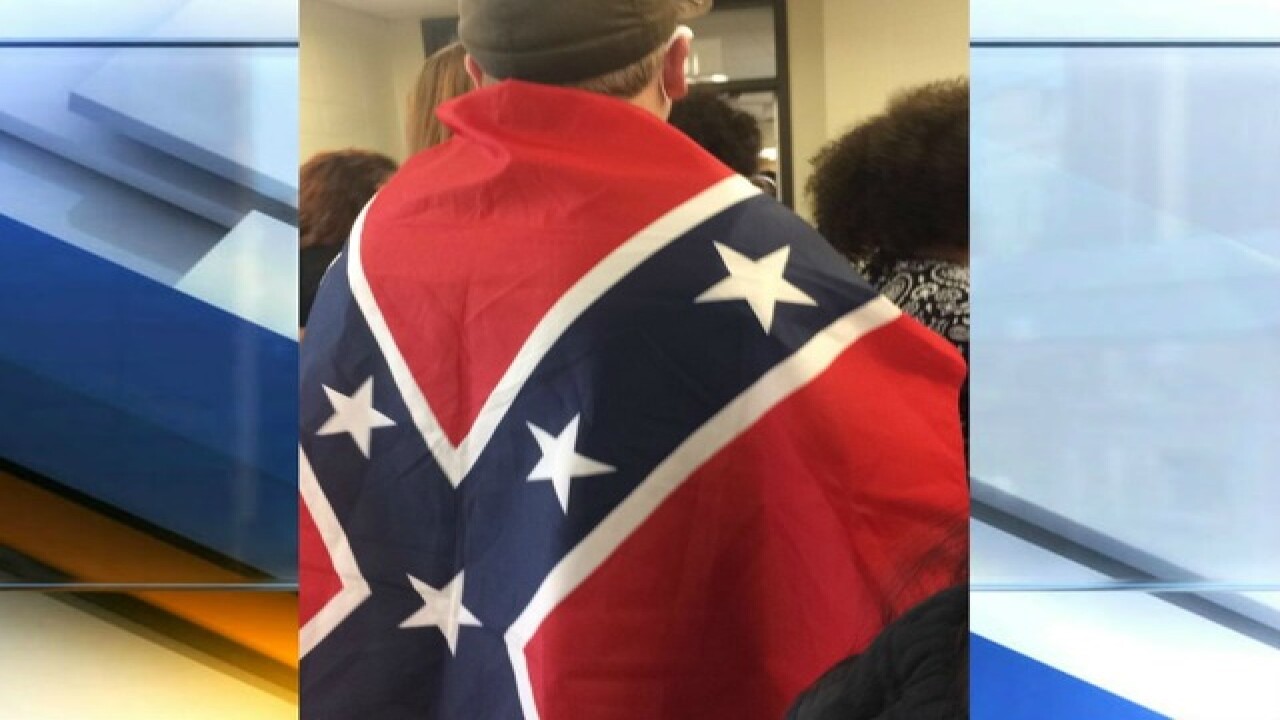 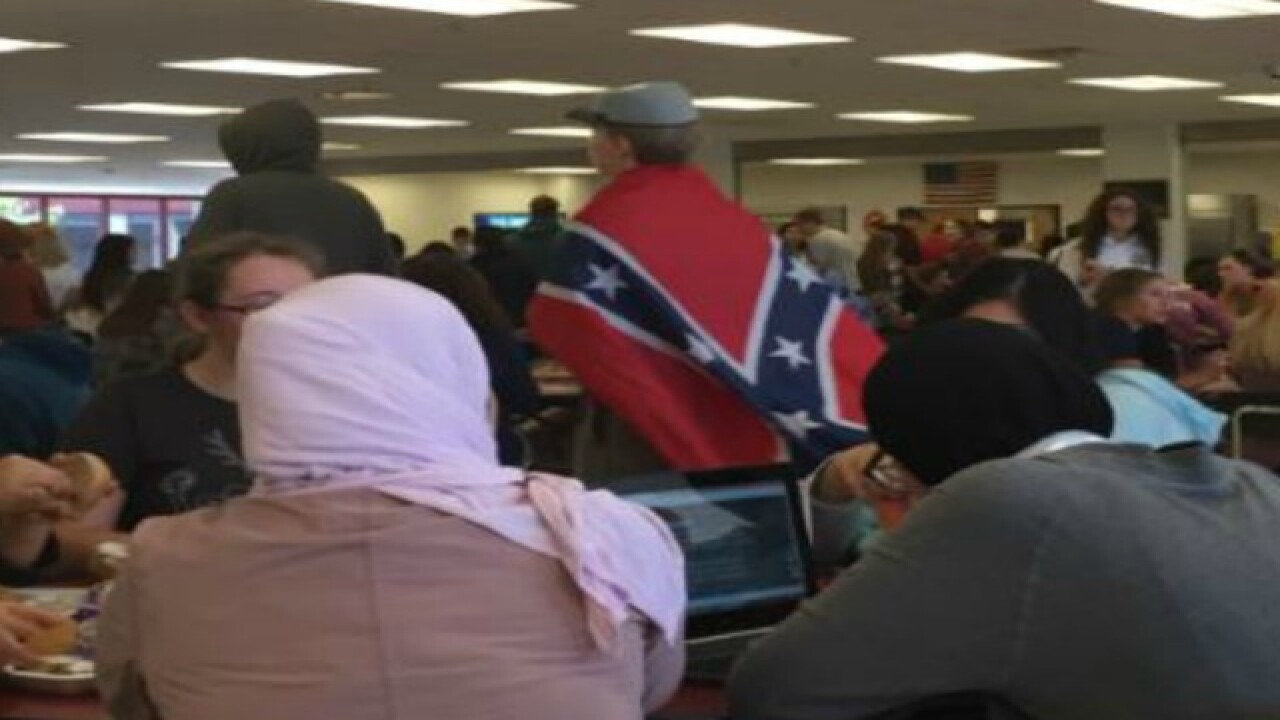 The students were asked by school officials to change their clothing. Two students complied, and the other was sent home because they refused.

The principal at Bloomington North High School sent out a letter Wednesday announcing the ban after several students were wearing the flags as a cape.

Students met with administrators to voice concerns about their peers  wearing the flags at school.

In the letter, he explained the district's reasoning for banning the flags at school. The leader of a student group that advocates for LGBTQ rights and safety said it was a special moment for them today, when administrators issued the ban.

"Many people in the room broken into tears, " said Bloomington North Senior Emma Cannon, "I got a bit emotional myself, but there were people in the room who started crying because it was just a very emotionally charged moment. Because this is just a fight that has been happening for so long at Bloomington North and we finally feel like our requests have been answered."

Cannon said she hopes the ban spurs conversations and education about the actual history of the flag.