Home is on Bloomington's south side 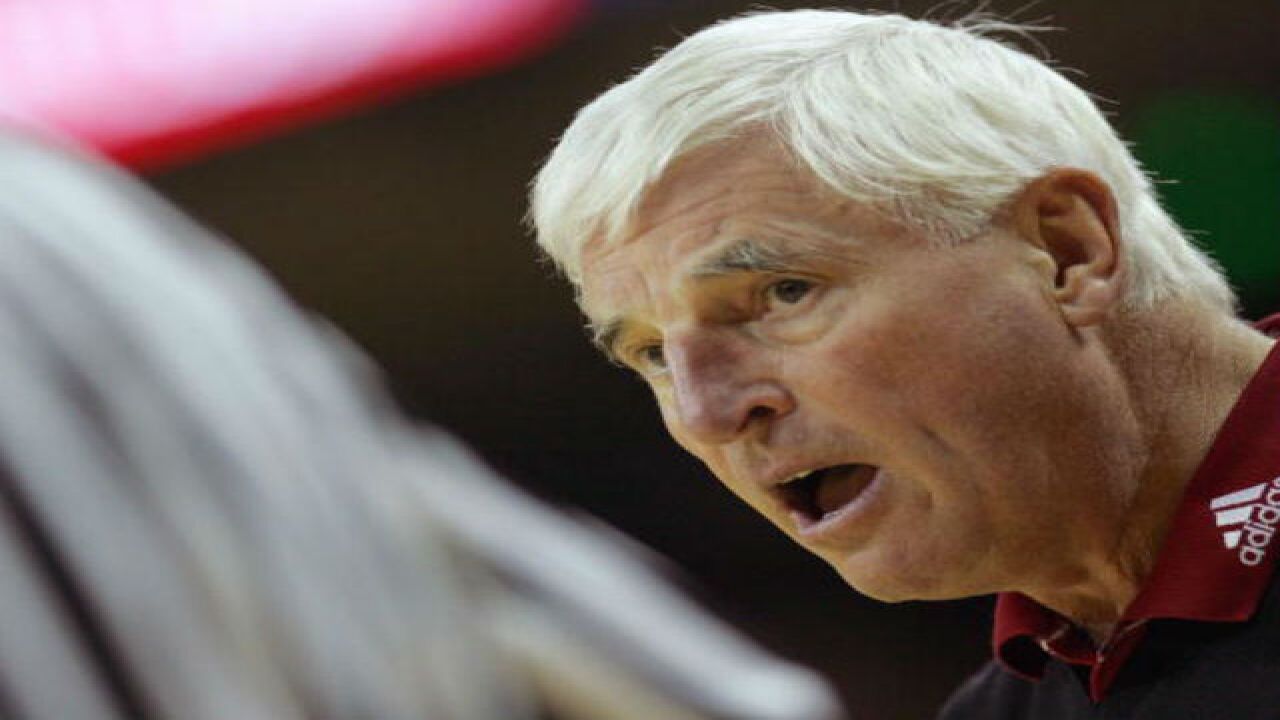 BLOOMINGTON—The coach who brought three national championships to Bloomington has returned there to live.

Bob Knight and wife Karen closed on a new home on Bloomington's south side last week, according to records filed with the Monroe County Assessor.

After being fired as men's basketball coach in 2000, a bitter Knight kept his distance from IU and Bloomington.

But in April, he returned to campus to see a baseball game, and last year spoke to a large crowd at Bloomington South High School.

After leaving the head coaching job at Army in 1971, Knight came to Bloomington and became one of the most successful college basketball coaches in history, with NCAA Championships in 1976, 81 and 87. The 1976 team remains the last Division One men's team to go undefeated.

But a series of incidents led then IU President Myles Brand to fire Knight in 2000.

After a year off, Knight spent seven seasons as head basketball coach at Texas Tech.

The third winningest coach in Division One men's basketball history turns 79 in October.