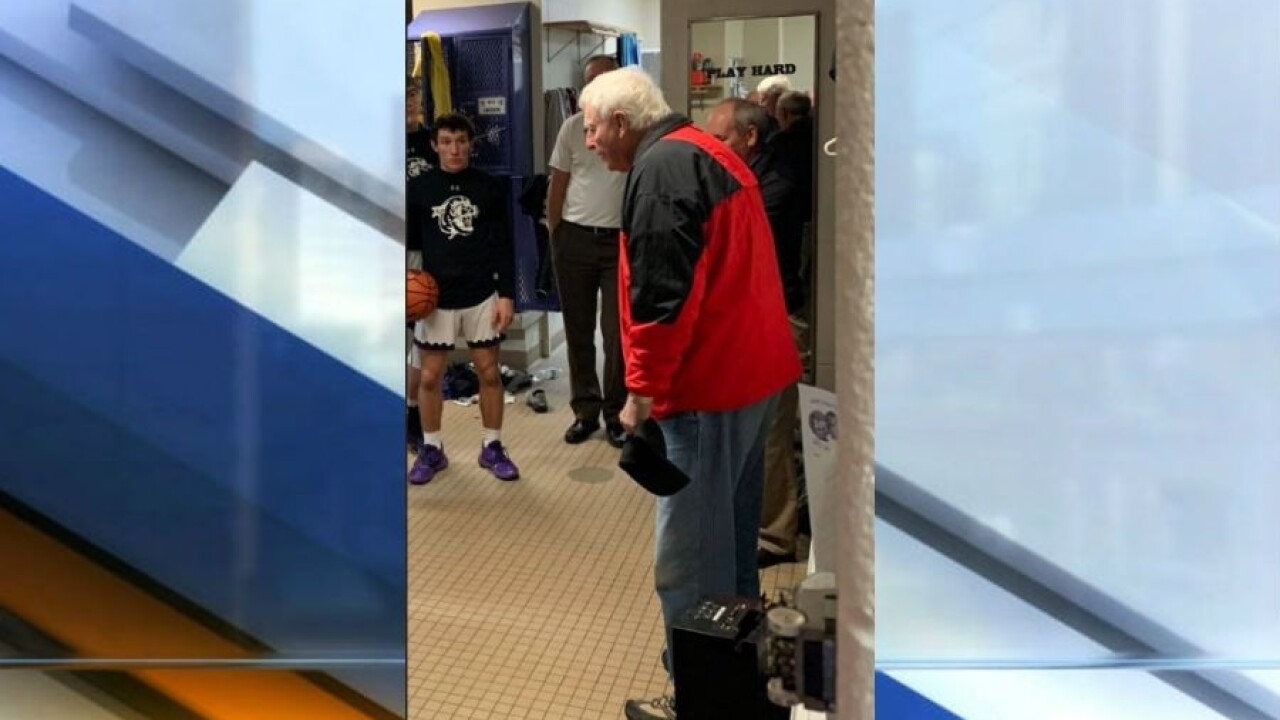 Knight spoke to the Panthers before they tipped off against Terre Haute South.

The team tweeted a photo of the pre-game talk:

In July 2019, Knight and his wife, Karen, closed on a new house in Bloomington, according to records from the Monroe County Assessor.

Knight coached at IU until he was fired by the university's president in 2000.