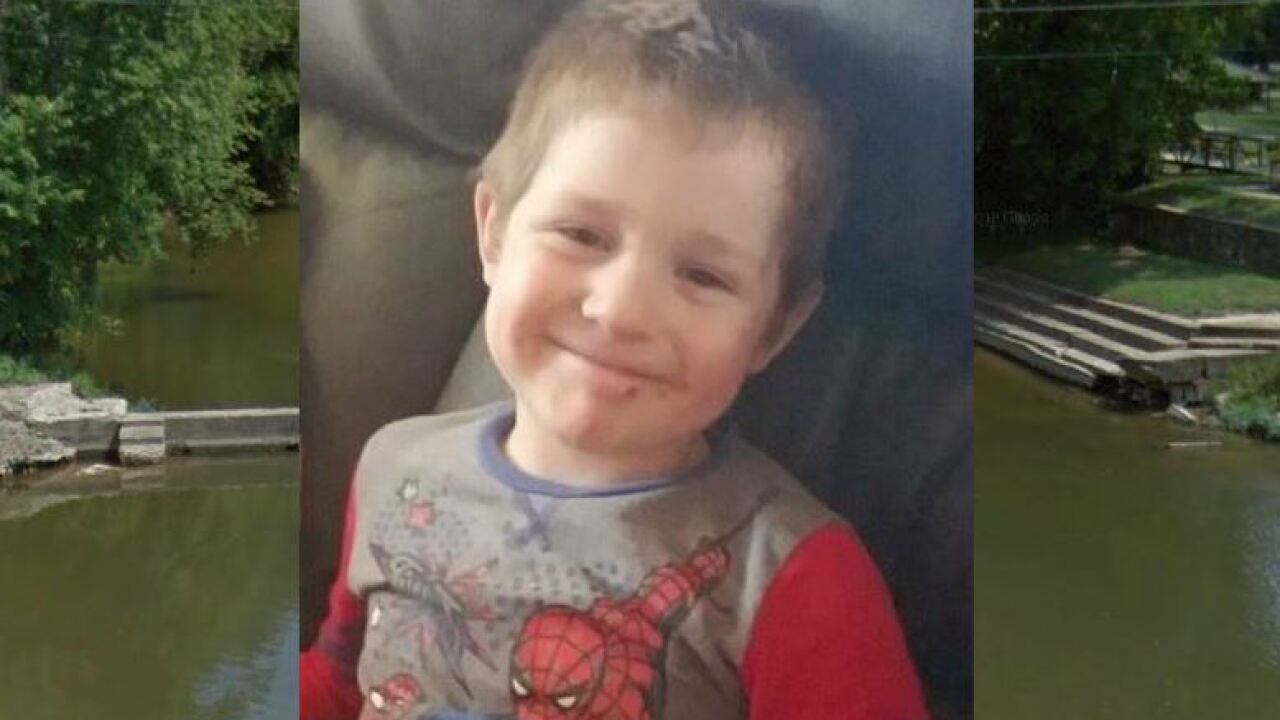 DELPHI — It's been nearly a year since 4-year-old Owen Jones went missing in Deer Creek and officials with the Department of Natural Resources are reminding Hoosiers to be safe on the water this Memorial Day weekend.

Owen was swept away in the flooded creek on the evening of May 23, while playing at Delphi's Riley Park with family and friends. Witnesses reported seeing a child and at least one other person playing near the edge of teh creek, near the old dam, just upstream from the U.S. 421 bridge.

Conservation officers believe Owen removed his shoes, which were found nearby, and went to wade in the water — which is normally shallow, but had recently risen because of heavy rain. Witnesses saw Owen being swept downstream before he disappeared below the surface of the water.

One year later, his body has still not been recovered.

This Memorial Day weekend, conservation officers are asking anyone boating, fishing or hiking along Deer Creek or along the Wabash River to be observant for signs of Owen. He was last seen wearing a blue sleeveless shirt with a red and white star on the front. If you spot these or similar items of clothing, or any suspected human remains please contact your local law enforcement agency or Indiana conservation officers at 812-837-9536.

Indiana Conservation Officers remind Hoosiers planning to spend time around water during this holiday weekend that water levels in many local waterways are again higher than normal. Extra precautions should be taken when on or near the water. Wear a life jacket and be aware of floating debris. If the current appears fast and the water is muddy, stay out of the water. The danger of moving water is often underestimated and adding the cold water temperature currently present in many areas into any situation decreases the chance of surviving an accident.