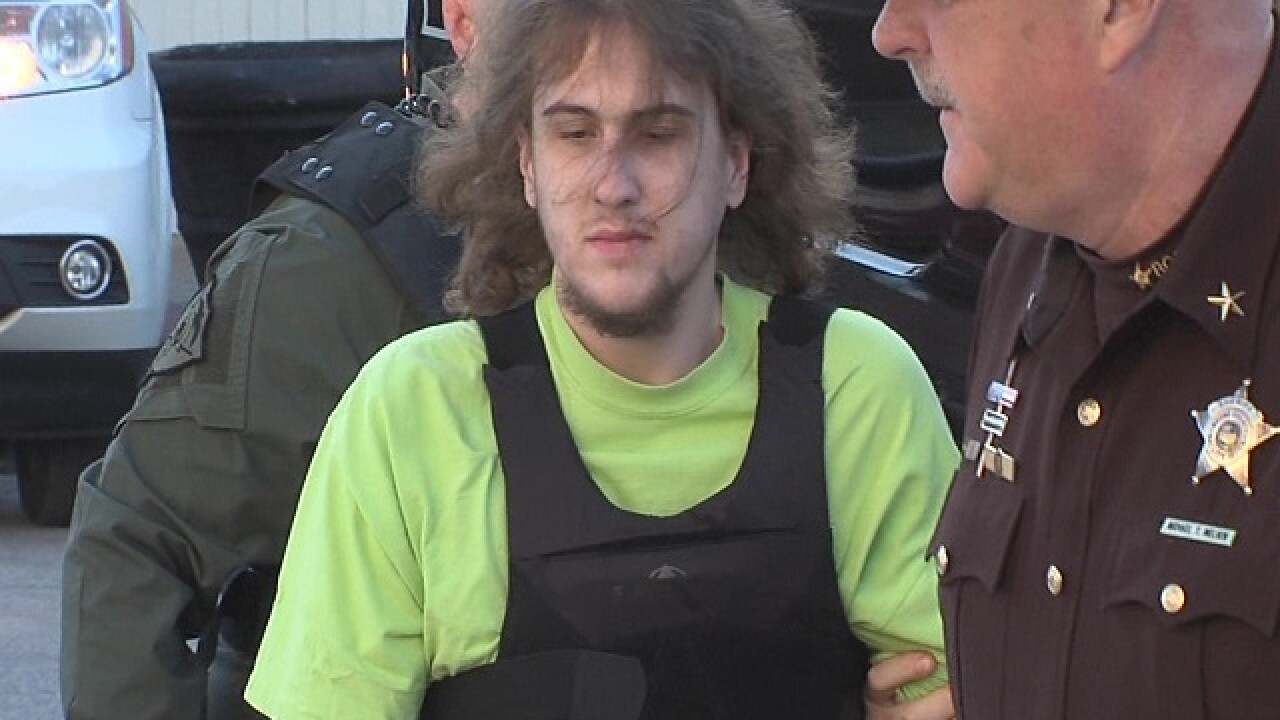 BOONE COUNTY, Ind. -- The man charged with murder in the fatal shooting of Boone County Sheriff's Deputy Jacob Pickett heard a death penalty charge read to him Friday in court.

Anthony Baumgardt, 21, is accused of killing Pickett on March 2 after fleeing from law enforcement officers.

There was heavy security as Baumgardt arrived at the courthouse, and five armed deputies surrounded him in the courtroom.

A judge read Baumgardt his rights and explained the process of what happens in a death penalty trial.

Baumgardt had no questions for the judge.

During his initial hearing last month, Baumgardt asked the judge if he could seek the death penalty on his own. He also told reporters he had no remorse for the shooting.

Baumgardt's court-appointed attorney, Allan Reid, had some very specific directions for his client as he entered court on Friday. Watch below:

This is the third time ever that the Boone County prosecutor has called for the death penalty. Todd Meyer announced his decision last Tuesday.

The prosecutor and Baumgardt's attorney say it could be years before we learn the accused man's fate.

Full comments from Baumgardt's attorney below: