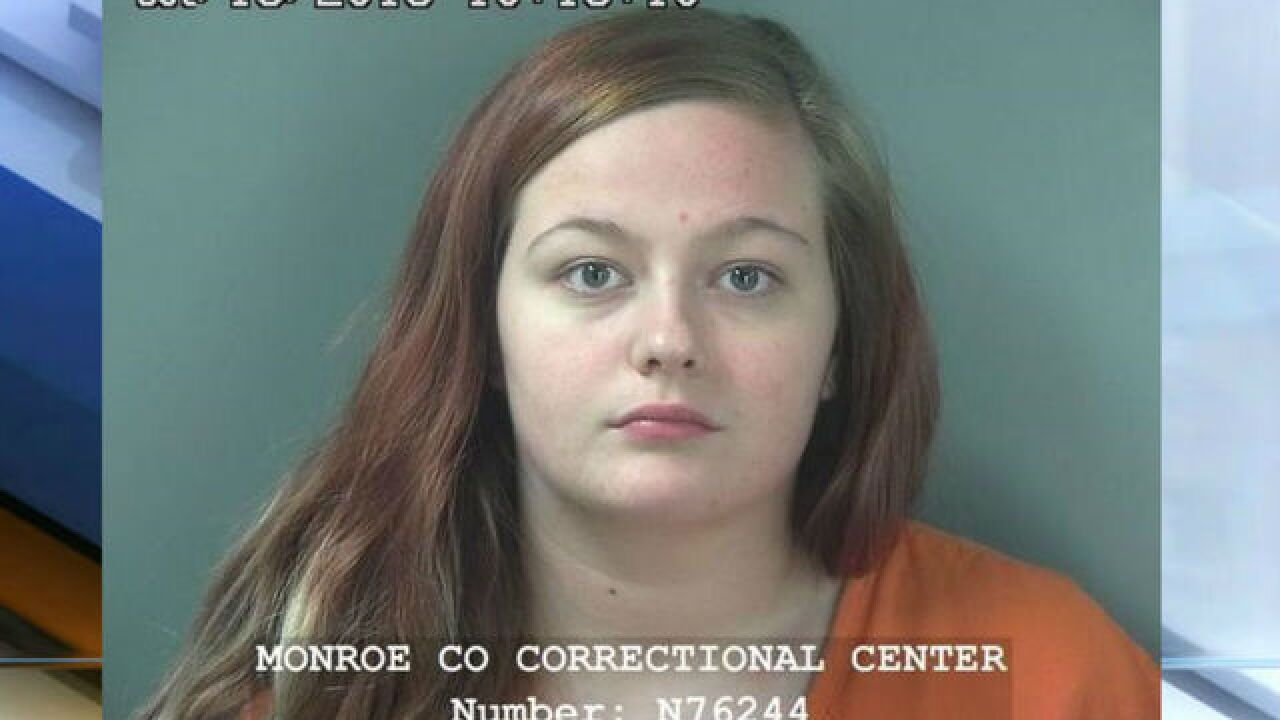 Copyright 2018 Scripps Media, Inc. All rights reserved. This material may not be published, broadcast, rewritten, or redistributed.
<p>Anna Prewitt-Byers was arrested and charged for allegedly battering her 7-month-old daughter. It is believed those injuries resulted in the daughter's death. <em>Photo Provided/Indiana State Police</em></p>

Anna Prewitt-Byers, 20, of Nashville, Indiana, was arrested on a warrant on the suspicion of aggravated battery and battery resulting in the death of a person less than 14 years old. Monroe County Circuit Court issued the warrant for Prewitt-Byer on Wednesday.

State Police and Indiana Department of Child Services began their investigation into Prewitt-Byers after her child was taken to IU Health Bloomington Hospital on April 18 for several injuries.

In a press release, State Police said their investigation led to probable cause to believe that she was responsible for her daughter’s death.