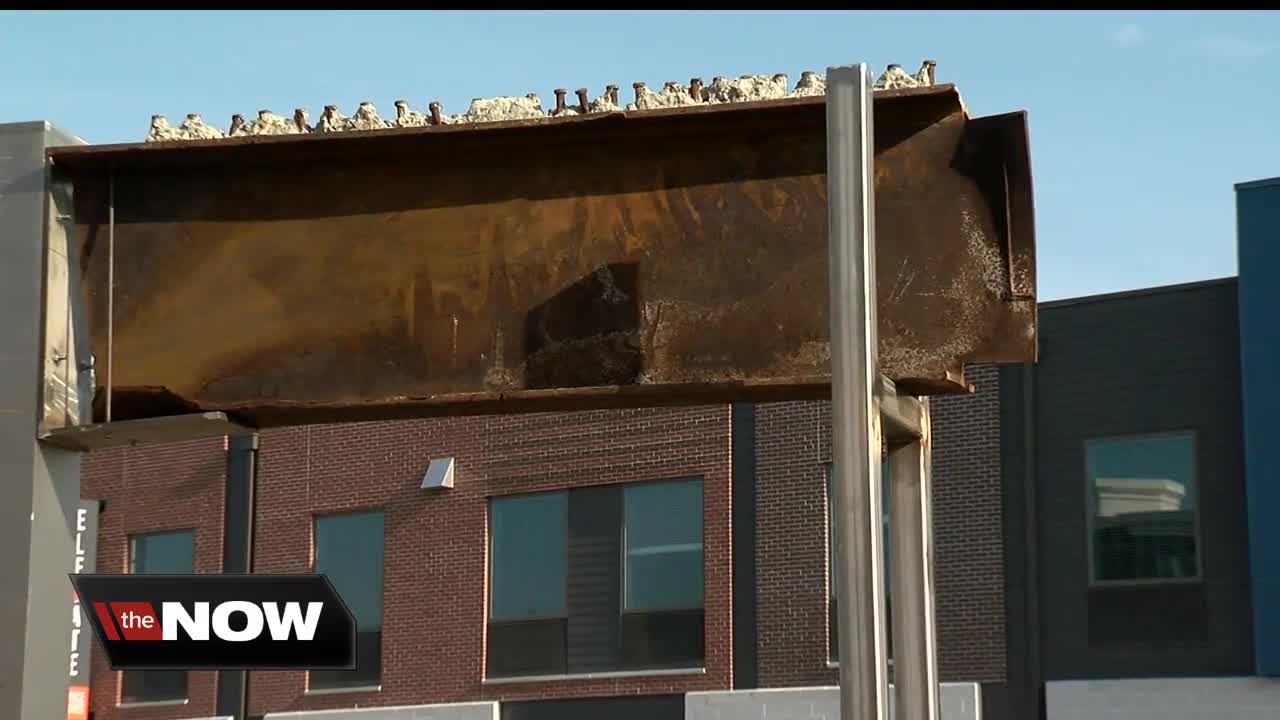 BROWNSBURG — The town of Brownsburg unveiled a brand new memorial remembering and honoring those who lost their lives on 9/11.

The 9/11 memorial is located at Arbuckle Commons in Brownsburg. The monument features a beam which was recovered from the world trade center in New York City, after its collapse.

Two large storyboards at the memorial detail the events of 9/11 and the impact the attacks have had on the lives of all Americans.

The hope is that this can help educate future generations.

"I applaud the fire service For their dedication to bringing this monument to our town to forever remind our citizens and visitors of the sacrifices made on that fateful day 18 years ago. I further encourage the public to bring your children, your grandchildren, your nieces, your nephews to this site. Remind them of the attacks. Remind them of resolve that our country displayed. As she picked herself up."

Brownsburg officials say it took a decade to make the 9/11 memorial a reality. In 2009, Brownsburg firefighters learned that they could secure an artifact from the World Trade Center.

In 2010 four Brownsburg firefighters traveled to New York City to get the beam.