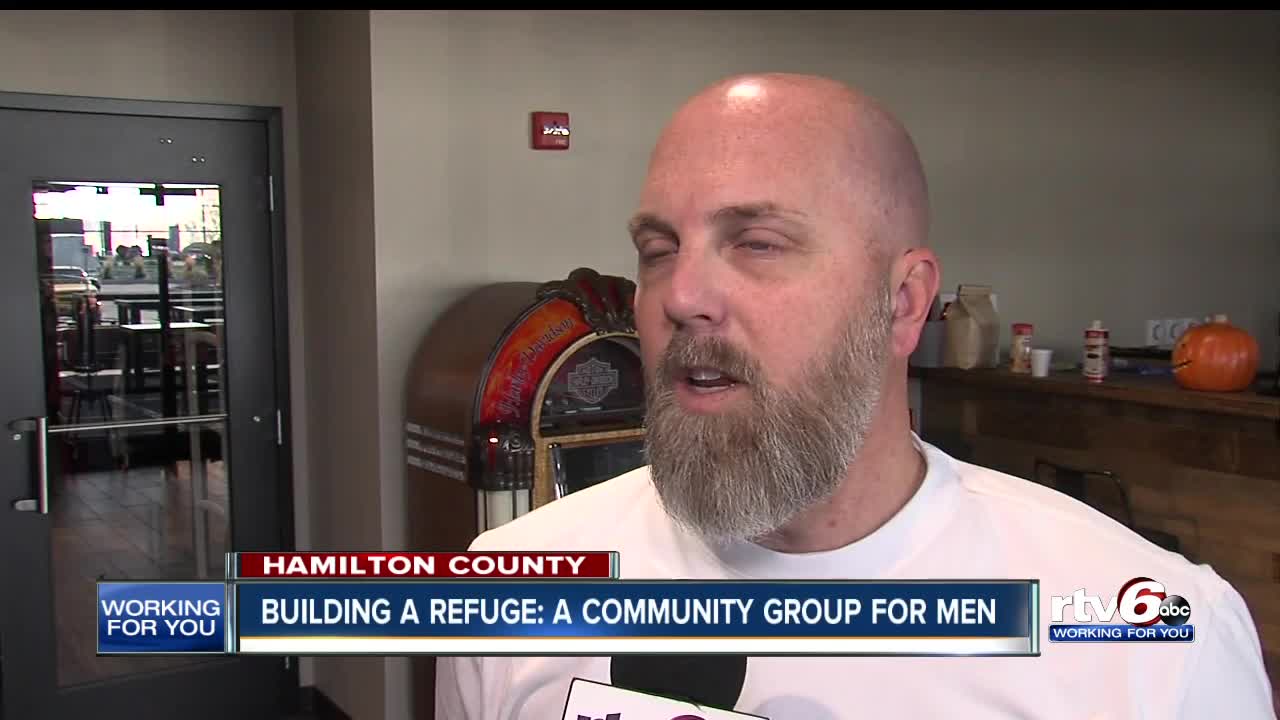 The group hopes to help men in Central Indiana dealing with things like anxiety, depression and suicide prevention.

Eric Robinson founded the group after his personal struggle with bankruptcy, foreclosure, anxiety and attempted suicide.

"Community saved my life," Robinson said. "I was one of those guys I just spoke about, when struggle and things happened, I isolated myself. I had a gigantic ego, my pride was as big as this room. There was nothing that anybody could say that would bring me into something like that."

Robinson says the group is not a counseling group, but a community group helping to bridge the gap from isolation to treatment.

"When things start to happen or get worse, we isolate ourselves," Robinson said. "We are trying to bring men out of isolation, out of that time thinking they have to do it all."

The group meets once a month at Bier Brewery in Carmel. You can learn more about about the group on their website.