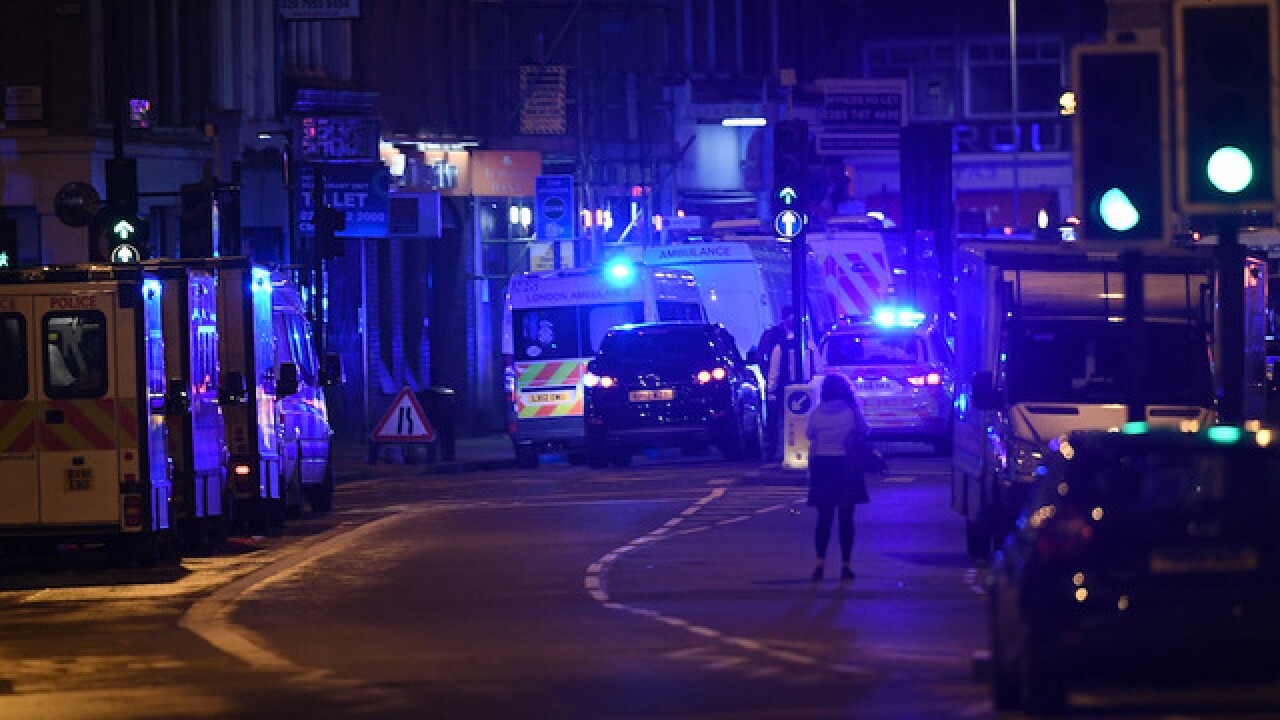 Image copyright 2017 Getty Images. All rights reserved. This material may not be published, broadcast, rewritten, or redistributed.
Carl Court
<p>Emergency services arrive at the scene near Borough market at London Bridge on June 3, 2017 in London, England. Police have responded to reports of a van hitting pedestrians on London Bridge in central London.</p>

IMPD has been communicating with state and federal enforcement partners following the attacks in London.

Police tell Call 6 Investigates' Paris Lewbel that there are currently no known threats to Indianapolis, but police will continue to monitor the situation overseas and the department is prepared to make changes to security as needed.

London police say a vehicle reportedly ran down pedestrians on London Bridge, and there were reports of stabbing nearby. They have also responded to an incident in another area of London, Vauxhall.
RELATED | Pedestrians run over by van on London Bridge, second attack at Borough Market may be related
The BBC says more than one person has been killed.
British Prime Minister Theresa May says an incident involving a vehicle and reported stabbing in London "is being treated as a potential act of terrorism."
May says it is a "fast-moving investigation" and her thoughts are with those caught up in the "dreadful events."
Copyright 2017 Scripps Media, Inc. All rights reserved. This material may not be published, broadcast, rewritten, or redistributed.