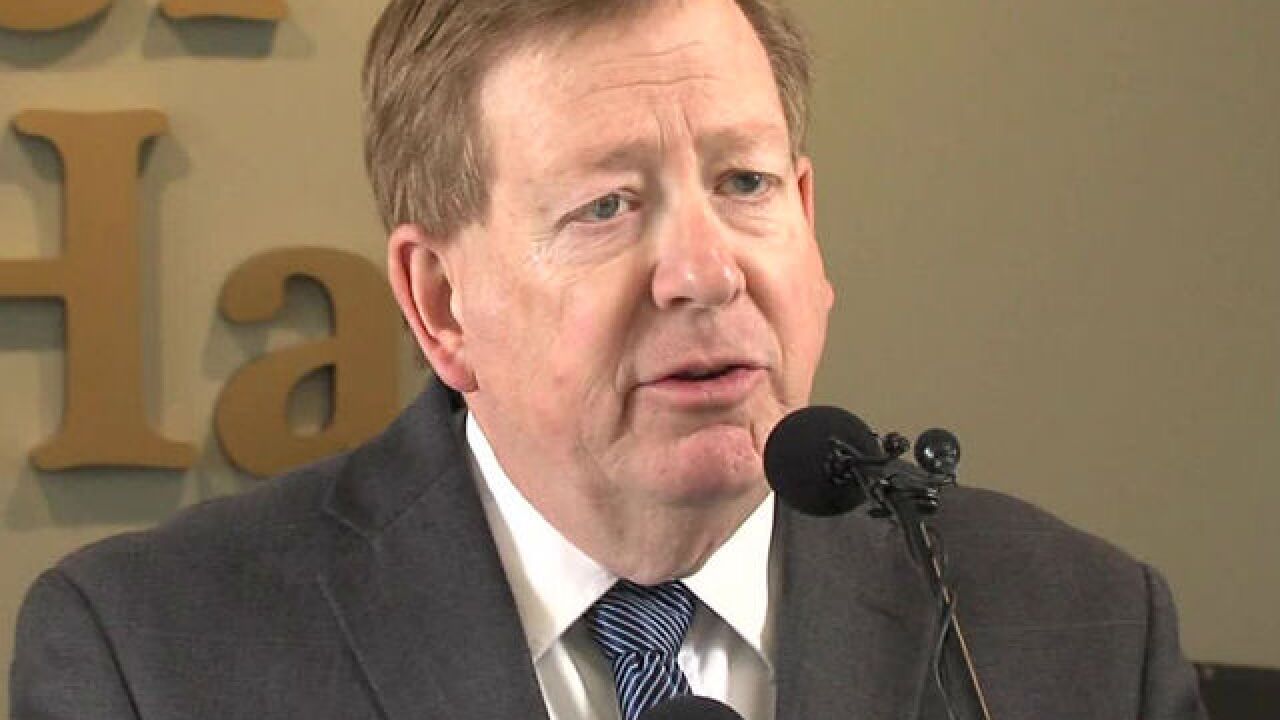 CARMEL, Ind. -- Carmel Mayor Jim Brainard was involved in a car crash last month while he was driving a city-owned vehicle.

Call 6 Investigates obtained a police report from the incident that happened on April 20.

Brainard was driving a Ford Fusion hybrid that crossed the center line on 3rd Avenue SW in Carmel and hit a pickup truck that was hauling a trailer.

According to the police report, Brainard said he was feeling fatigued, but he was not given a sobriety test at the scene.