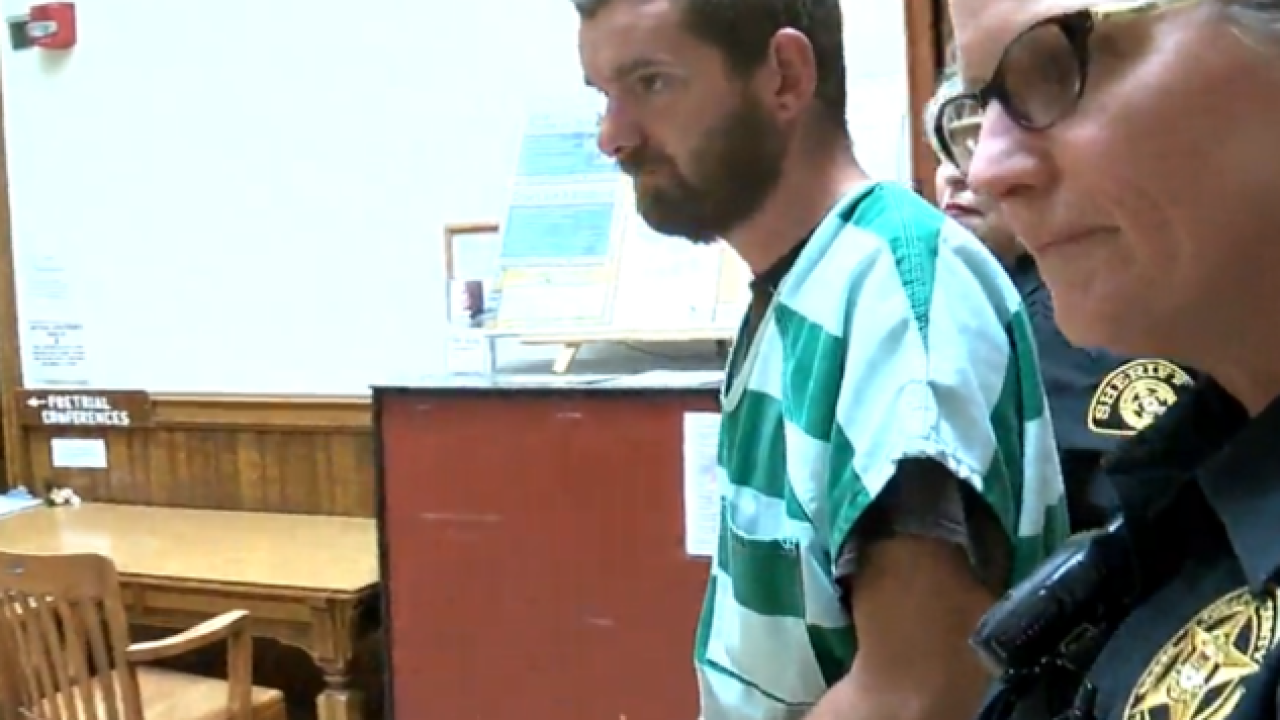 DELPHI, Ind. -- The Colorado arrest of Daniel Nations sparked a new flame of hope that the person responsible for the murders of Liberty German and Abigail Williams had possibly been found - but after flying out to meet with Nations, investigators say that thus far, there has been no information developed to specifically include or exclude Daniel Nations as a suspect in the Delphi homicides.

Indiana State Police announced the conclusion of their trip to Colorado in a press release Tuesday morning.

"The Indiana State Police can share, that thus far, there has been no information developed to specifically include or exclude Daniel Nations as a suspect in the Delphi homicides. Both state police detectives returned to Indiana late afternoon of Oct. 2 and will continue to review information gathered over the course of their visit to El Paso County, Colorado," the release from ISP read.

Nations was arrested in Colorado Springs on Monday, Sept. 25 after police there matched the car he and his wife were driving to the description of a man who threatened several hikers with a hatchet in the days prior. This happened near the same trail where a man had been murdered two weeks earlier.

According to his arrest affidavit, Nations had a hatchet in his car, but when officers asked if he had threatened anyone with it, he told them, "We're not that kind of people." He was charged with menacing and reckless endangerment in connection with the hatchet threats.

Indiana State Police Sergeant Kim Riley said they were made aware of Nations’ arrest Wednesday night by a sheriff’s department in Colorado and they immediately started exchanging notes.

Nations appeared in court on Thursday for a child custody hearing. Upon his arrival to the courtroom, Nations was asked by a reporter if he had anything to do with the murders in Indiana. He shook his head and looked down.

Besides the obvious similarities in his appearance to the police sketch of the Delphi killer, a number of other coincidences drew investigators toward Nations. He is a registered sex offender, was driving with expired Indiana plates when he was arrested in Colorado and he was living in Indiana at the time Libby and Abby were murdered.

It is unclear what - if any - new charges Nations will face in Colorado but he still has a warrant out for his arrest in Johnson County, Indiana and multiple other charges in other counties. He remains in custody of police in Colorado on unrelated charges to Delphi.

ISP said they have received thousands of tips related to the murders that have led to over 100 specific persons. In some of those tips, photos were provided of those persons.

"Each and every tip has been - and will continue to be - thoroughly investigated to determine any connection to the Delphi murder investigation," ISP said in the Tuesday release.

"While the Indiana State Police does not, as a matter of practice, provide investigative information about specific tips, an exception has been made in this instance the result of numerous media inquiries made about this particular tip."

"If we had this case solved, we wouldn't be asking for more tips," said Bursten.

For now, the search for the Delphi killer continues. Please continue to share the below video and audio recording, so that someone might recognize who killed Abby and Libby. Call the tipline at 844-459-5786 or email: Abbyandlibbytip@cacoshrf.com.

DELPHI DAUGHTERS | The Untold Stories of Who Abby & Libby Were | Delphi Daughters: Families tell their story for the first time | Delphi girls murdered: What is the evidence? | 7 months after Delphi murders orange lights still burn bright in search for Libby & Abby's killer