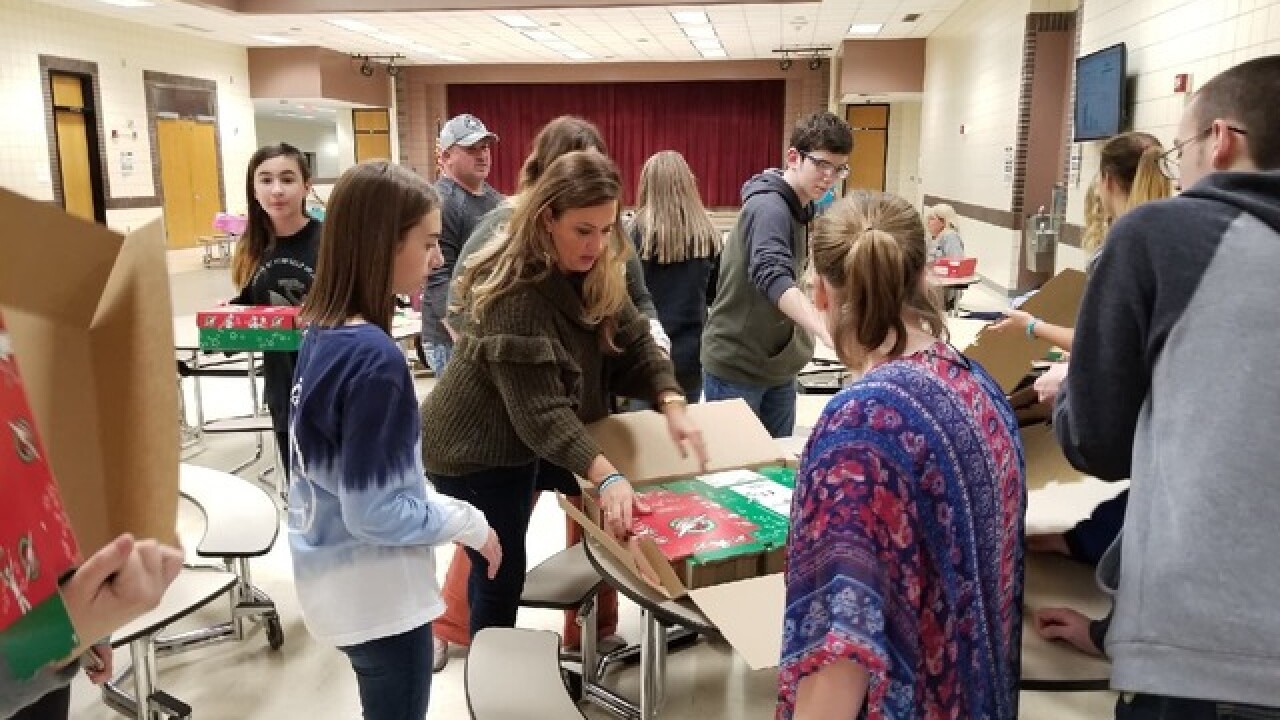 Copyright 2018 Scripps Media, Inc. All rights reserved. This material may not be published, broadcast, rewritten, or redistributed.
<p>Volunteers packed 130 boxes for the less fortunate on Friday, Nov. 16, 2018 as part of Abby's Angels, an effort to honor Abby Williams, 13, is one of two Delphi girls who disappeared and was found murdered in Feb. 2017.</p> 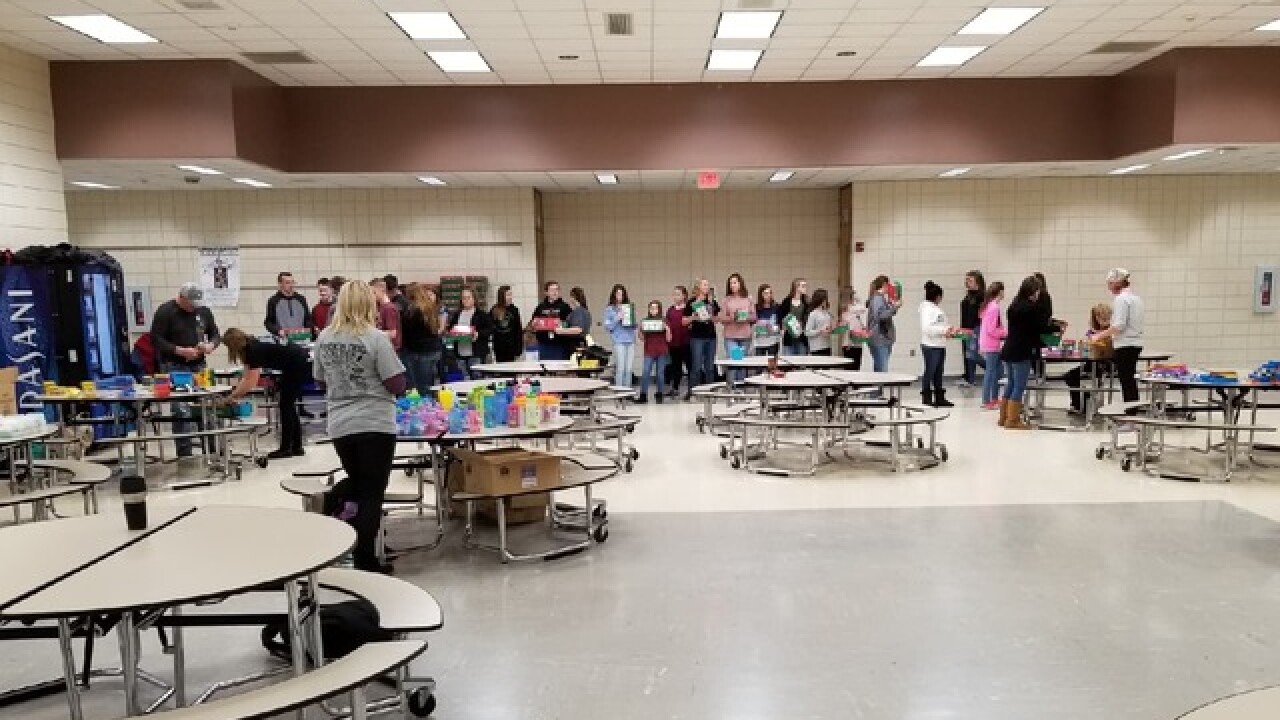 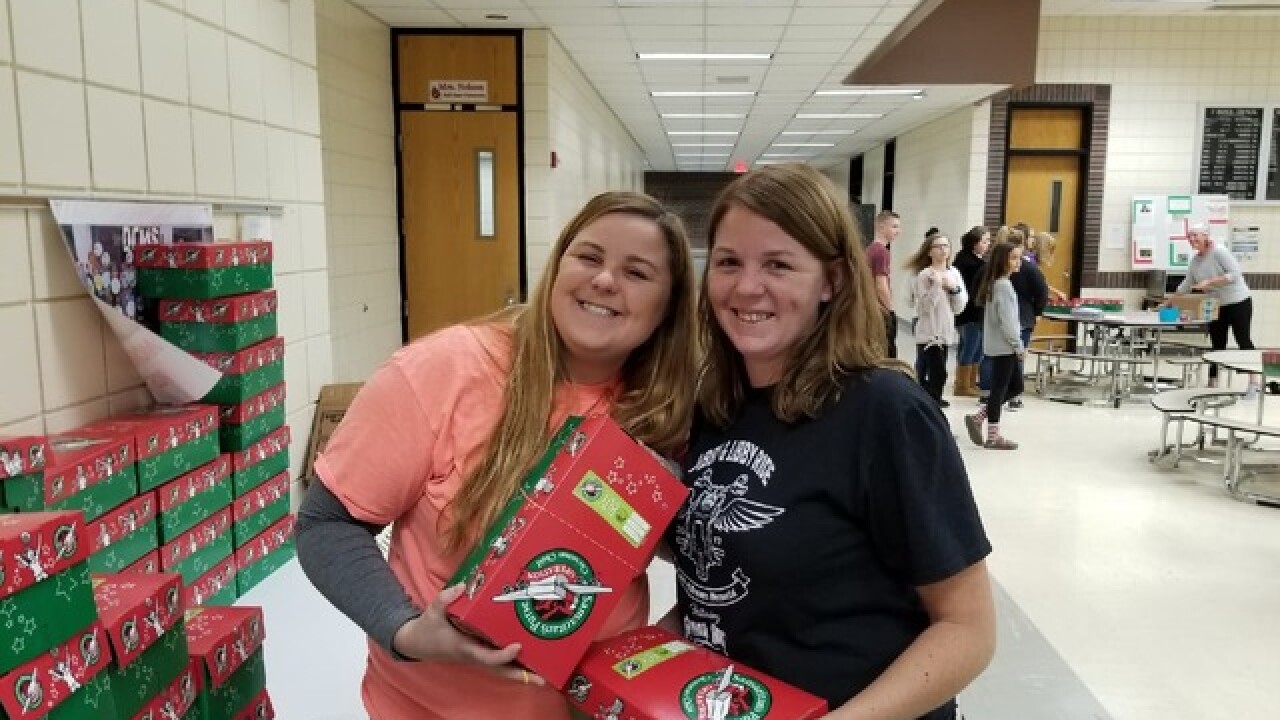 DELPHI — For the second year in a row, the mother of a murdered Delphi girl is working to help others as a way to honor her murdered daughter.

Anna Williams collected donations for several weeks to gather items for the boxes, which will be given to the less fortunate.