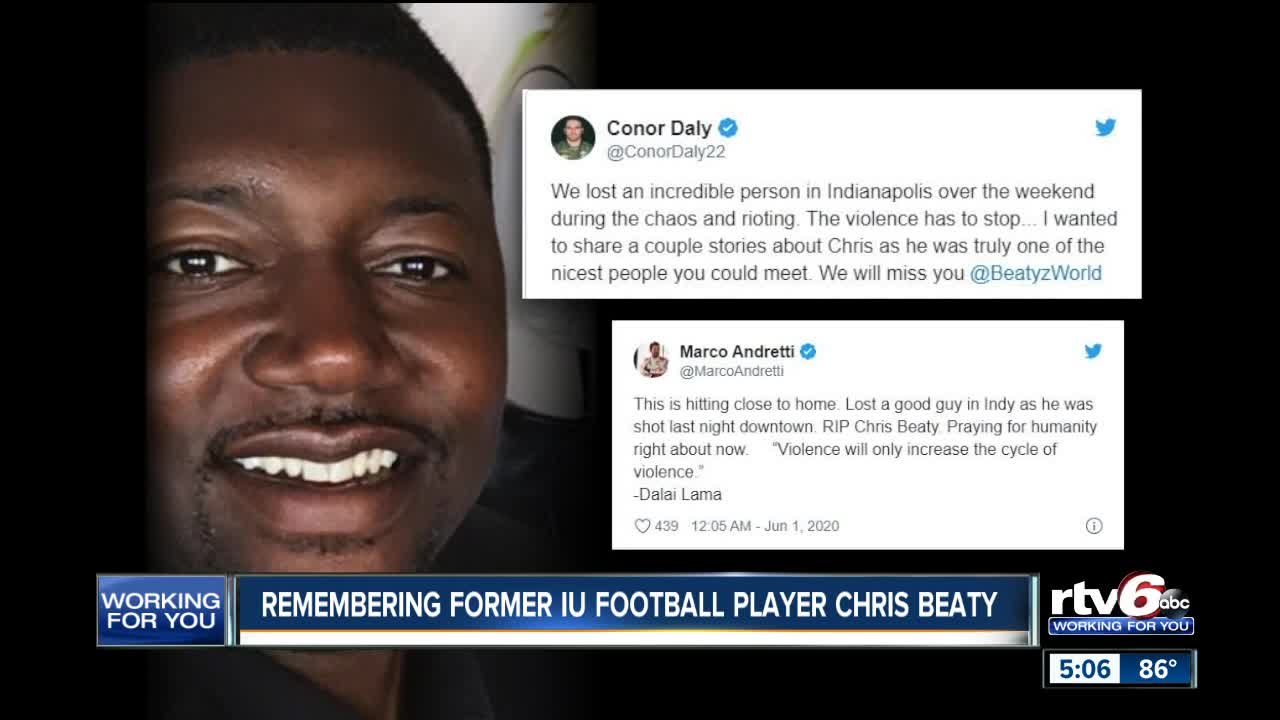 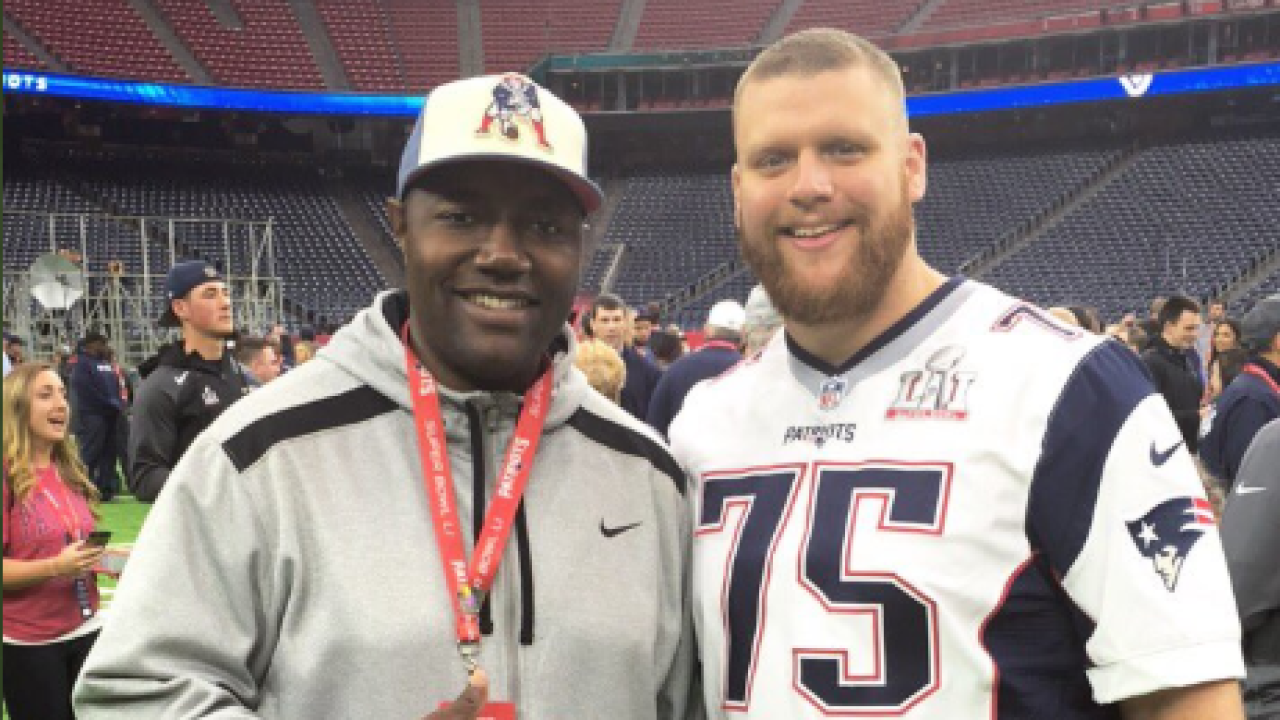 INDIANAPOLIS — Chris Beaty, an Indianapolis business owner and former Indiana University football player who was beloved in the community, was one of two men who were shot and killed over the weekend when violence erupted during demonstrations in Downtown Indianapolis.

The Marion County Coroner's Office identified Beaty, 38, and Dorian Murrell, 18, as the victims of shootings that occurred late Saturday and early Sunday.

Beaty suffered gunshot wounds in a shooting that was reported before midnight Saturday at Talbot and Vermont Streets. He was pronounced dead at the scene.

Murrell was shot around 2:30 a.m. Sunday at Pennsylvania and Market Streets. He was transported to Eskenazi Hospital where he was pronounced deceased.

Beaty founded Fresh Marketing LLC, an events and consulting business, in 2011, and was an operating partner at Revel Nightclub and Lounge. He also recently helped establish Worldwide Masks, which sells face coverings to help prevent germs from being spread during the COVID-19 pandemic.

Beaty's college football coach, Cam Cameron, said in a statement that the state lost a great man who was helping others when he was shot.

"Chris was a great person and teammate, a leader, someone who always put others, black or white, before himself," Cameron said. "Unfortunately, from what I've been told, it cost him his life as he was returning home from helping someone else get home safely during the riots before he was shot."

Current IU football coach Tom Allen said in a written statement that he is at a loss for words at Beaty's death.

“The news of the passing of Chris Beaty is just devastating," Allen wrote. "Since I returned home to coach at Indiana, Chris embraced me, encouraged me and supported me! His passion for life and Indiana Football energized me every time we were together. He was one of our first alumni that displayed his unwavering support for what we are building here at Indiana and how we are building it. I am so heartbroken for his family and he will be deeply missed by all those that were blessed to call him a friend!"

IndyCar driver Conor Daly was one of many people who knew Beaty and posted memories of him on Twitter. He described Beaty as "one of those people where you struggle to remember a time when they weren't smiling."

"Chris was such an incredible representative for our city and state," Daly wrote. "Whether it was supporting the Colts, Pacers or the Indy 500, Chris was always there it seemed like.

We lost an incredible person in Indianapolis over the weekend during the chaos and rioting. The violence has to stop... I wanted to share a couple stories about Chris as he was truly one of the nicest people you could meet. We will miss you @BeatyzWorld pic.twitter.com/YgwYmxvFQj

This is hitting close to home. Lost a good guy in Indy as he was shot last night downtown. RIP Chris Beaty. Praying for humanity right about now. “Violence will only increase the cycle of violence.”

Was great guy, we had some good times at IU. You will be truly missed bro.

I’m absolutely heartbroken. Chris was the most lively, positive person who had an immense passion for people & his community. I loved looking to find him on game days, sharing many hugs and smiles, chatting about our shared love of sports especially our beloved Hoosiers. pic.twitter.com/riiQTkeuMo

Incredibly sad news. According to multiple reports, former Indiana and Cathedral football player Chris Beaty was shot and killed in Indianapolis. He played at IU from 2000-04, was universally liked and ran a company, Fresh Marketing.

My big bro Chris Beaty 😢 , smh , life ain’t gone be the same without you big dog . I appreciate the game and knowledge you always gave me . I’m sick about this one .. smh

This is too much, Chris Beaty was one of the most loving and caring people I’ve ever met...I can’t believe this...we will miss you, that huge smile and your bear hugs!!!! 💔💔 RIP Beaty 😪

This is Chris Beaty, killed in the violence in #Indy. I didn’t know @BeatyzWorld, but many of my friends and my kids’ friends did. His life was precious. Stop the violence. #protests2020 pic.twitter.com/ttr5jcrwk3

Rest In Peace Chris Beaty when we first met in 2015 you always gave me knowledge and everyone who knows you has a lot of positive things to say. You made a mark in this world bro thank you pic.twitter.com/c1f3F3uvml