Christmas at the Zoo nominated for best zoo lights contest 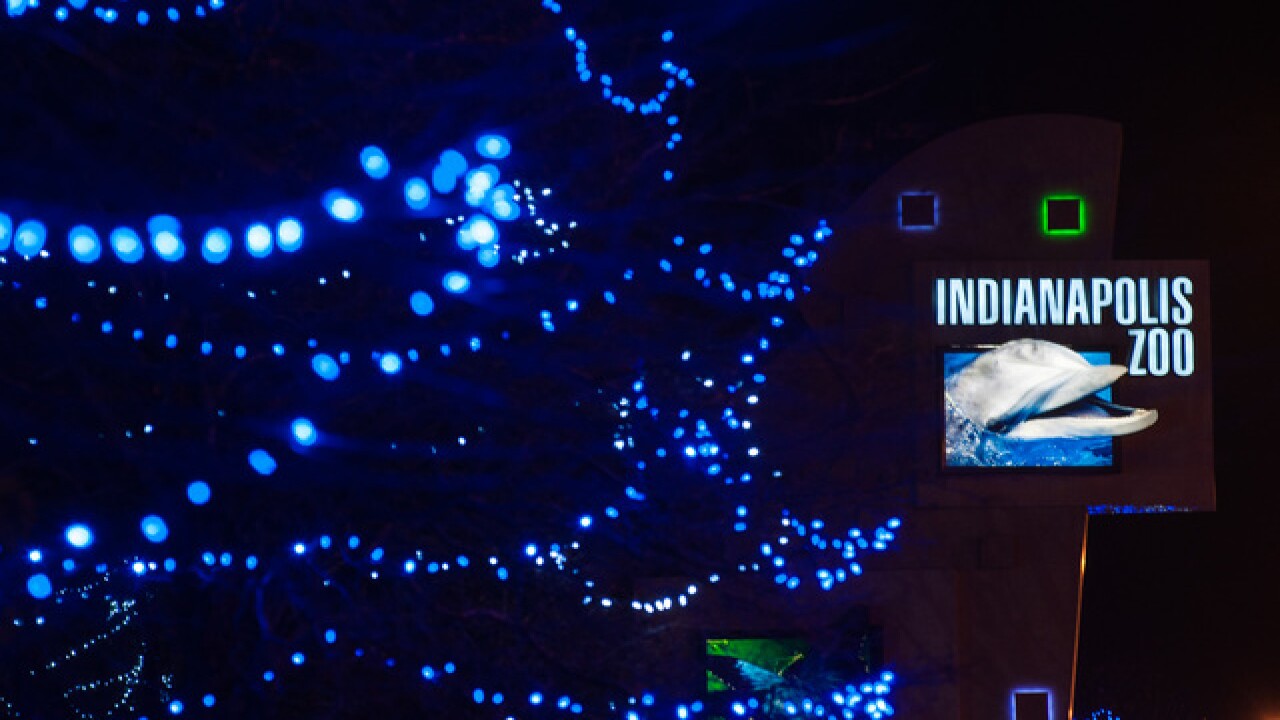 INDIANAPOLIS — It's almost the most wonderful time of the year, and soon enough there will be holiday lights all around town, including at the Indianapolis Zoo.

The Indianapolis Zoo announced its annual Christmas at the Zoo event was nominated for USA Today's 10Best Zoo Lights award for the fifth consecutive year.

The zoo has finished in the top 5 three years in a row, and it is inviting people to vote daily on 10Best's website.

The public can vote through Dec. 2, and the winner will be announced Dec. 13.

Christmas at the Zoo will run Nov. 23 through Dec. 30. It will be open from 5-9 p.m. during the week and 5-10 p.m. on Saturdays and Sundays, except for Thanksgiving, Christmas Eve and Christmas.

The Indianapolis Zoo said it was the first zoo in the county to host a holiday lights event when the inaugural Christmas at the Zoo was held in 1967.