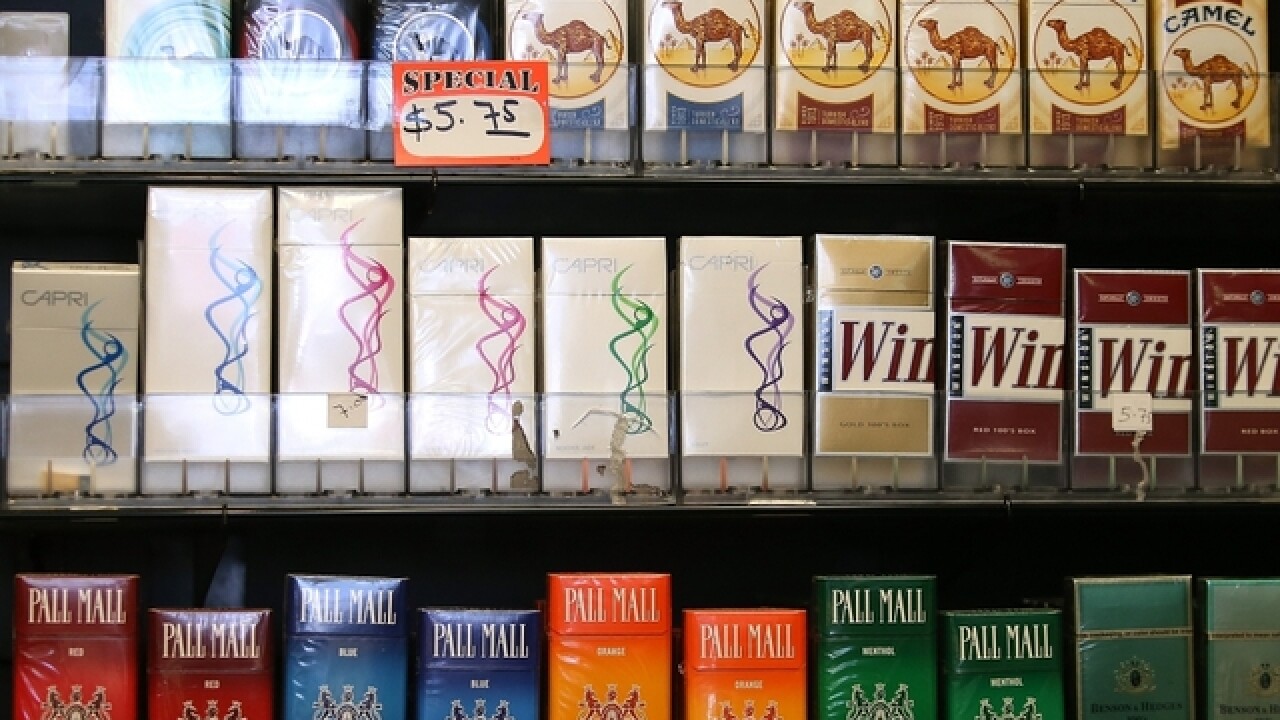 INDIANAPOLIS -- It could soon cost you more for a pack of cigarettes in Indiana.

As part of their state budget proposal, House Republicans have included a $1 per pack increase in the cigarette tax.

Those who support the tax said it could help drive people to quit smoking, and in turn help our state get healthier.

But those against the tax say it will drive cigarette sales to neighboring states.

Brent Bolton operates Bolton Tobacco in Indianapolis and said if the price of cigarettes goes up it won’t only hurt his bottom line, but create safety issues for his store.

“I’m going to have to worry about break-ins more. People breaking into my store to grab a few cartons of cigarettes, take them out onto the streets and sell them for $30-$40 really fast,” said Bolton

The proposed tax increase could generate a little less than $300 million per year for the state of Indiana. That money would go towards Medicaid and programs to help people quit smoking.