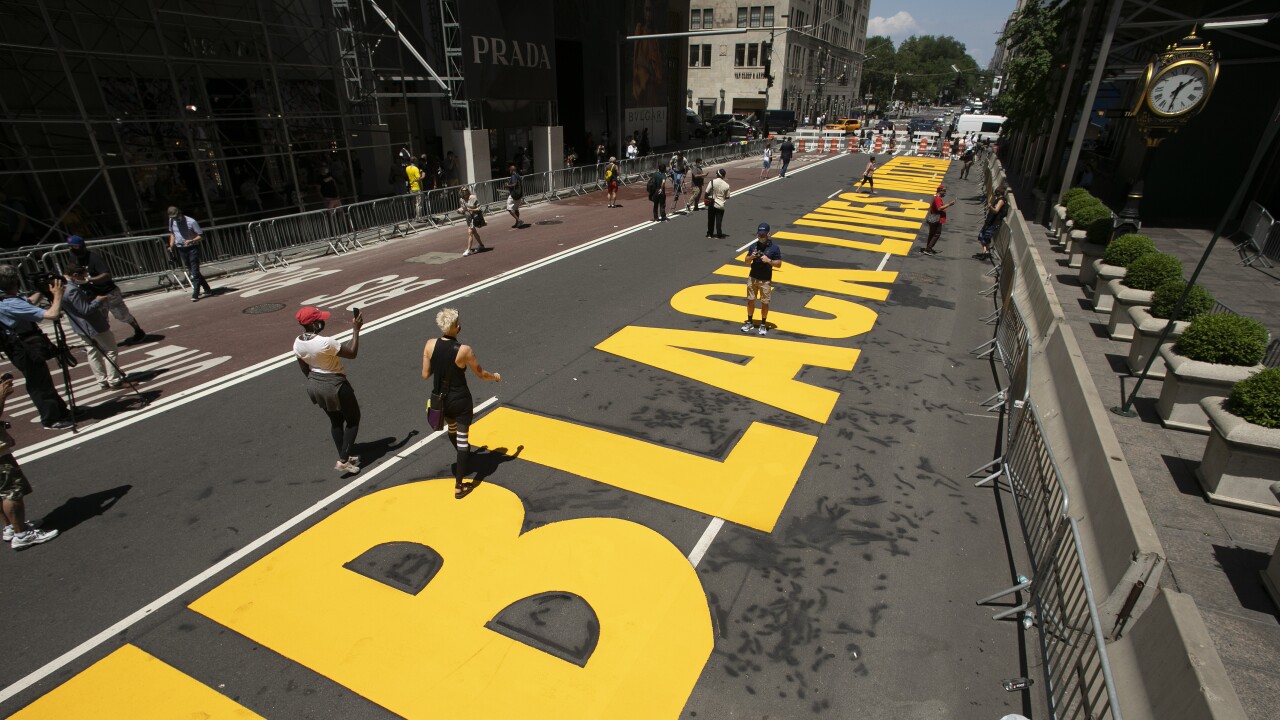 INDIANAPOLIS — Indianapolis will paint "Black Lives Matter" on a downtown street to condemn racism after the City-County Council adopted a special resolution at its meeting Monday night.

The council asked that the Department of Public Works paint the "message condeming racism and inequality" on Indiana Avenue between its intersections with West and Paca Streets, a stretch of road that passes the Madame Walker Legacy Center and the Indianapolis Urban League.

The resolution follows weeks of protests in Indianapolis and around the country in response to the May 25 death of George Floyd while he was in police custody in Minneapolis, along with the deaths of Breonna Taylor in Louisville and Dreajson Reed in Indianapolis.

Indiana Avenue was the site of numerous Black-owned businesses and entertainment venues through middle of the 20th century.

In early June, Washington, D.C. Mayor Muriel Bowser had the message painted on a two-block long section of 16th Street NW in view of the White House.